Linear actuators are usually driven by either fluid or electrical control. SMC is well known for pneumatic actuators, but has recently announced a new addition to the catalog of electric linear devices as well.

Linear electric motion is usually stepper-motor controlled, attached to the drive mechanics by either toothed timing belts or a ball/lead screw combination. In either case, external components are required in order to verify proper operation. Limit switches at the end of travel or a rotary/linear encoder can be used to verify position at the beginning of a move, or tracked through the duration.

The new LEG series from SMC includes a built-in encoder so that no external components are required for tracking position. 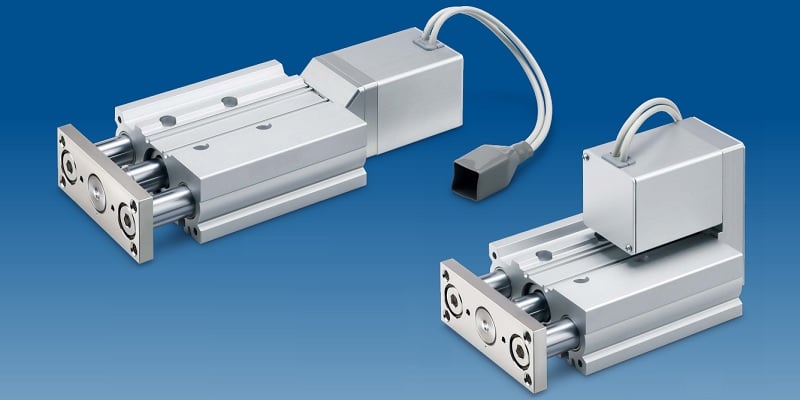 However, it’s the entire system, beyond just the actuator, which gives this series a powerful edge in linear systems.

The absolute encoder ensures that the position can be known at any time, including in the event of a power cycle, removing the need to re-home the system in the event of a failure. The encoder is very accurate, providing an impressive positioning repeating accuracy of 0.02 mm.

Both the internal stepper motor as well as the integrated absolute encoder are attached to the drive unit with separate cables. Through the conductors, the drive unit can monitor current in the separate stepper phase lines indicating abnormalities in the system or within the motor itself.

Four different models of the drive unit are available, one for discrete input control, the other three respectively providing access to Ethernet/IP, PROFINET, or EtherCAT messaging protocols. PLCs can send command words including speed, direction, and position, while gaining data about system performance. In this way, preventive and predictive maintenance performance indicators can be tracked as well as general system performance. 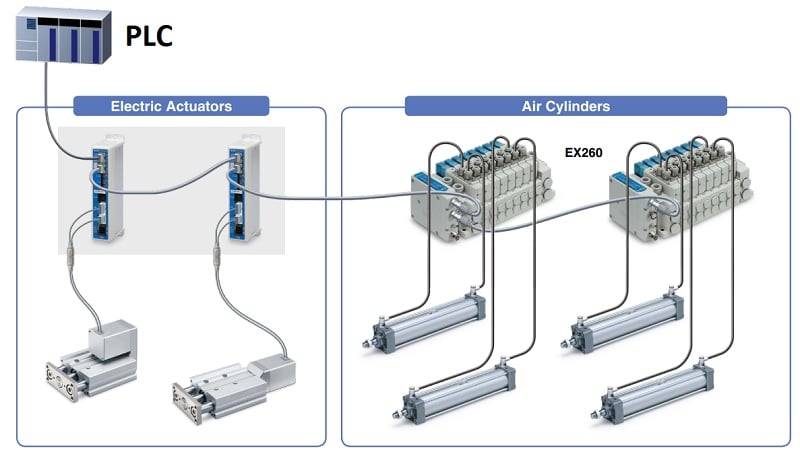 For the discrete input control, the drive unit can be ordered to accept either PNP or NPN signals from the external control devices or I/O system.

To initialize the system to respond to discrete inputs, the actuator must be programmed with target position, velocity, accel/decel motion profile information. This can be set either by PC with a USB connection, or by means of a handheld teaching box, closely resembling a robot teach pendant.

Electrical linear motion can be appealing when access to fluid control is not already existing. Products such as the SMC LEG series can provide control output and real-time feedback control, much like a fluid positioning system, in order to provide motion axes with a high degree of efficiency.