Actuators are used to control the motion of manufacturing devices and raw materials. This article will compare both electric actuators and several types of fluid-powered actuators.

What is an Actuator?

Actuators are devices used to control the motion of devices and materials. Any time there is robotic motion, an actuator of one form or another causes this motion. A good actuator moves as quickly as is safely allowed and required for the application, uses as little excess power as possible, has little overshoot, and is accurate with its final placement. The force required will depend on the application, and it should be matched with the actuator system; too little force and the object will not move, too much force and the object may be damaged. In general, actuators move linearly or rotationally, but combinations of these make full 6-axis motion possible.

With so many different styles of actuators, it can be difficult to decide which system is most appropriate for a specific manufacturing environment. This article will discuss both electric actuators and several types of fluid-powered actuators.

Electric actuators rely on the application of electrical power to move. They contain small electrical motors combined with tracks, belts, gears, or chains to create motion. To actuate motion, a control signal (typically on the milliamp or volt level) is sent to the device, and an internal amplifier (powered from an external source) will drive the motion. 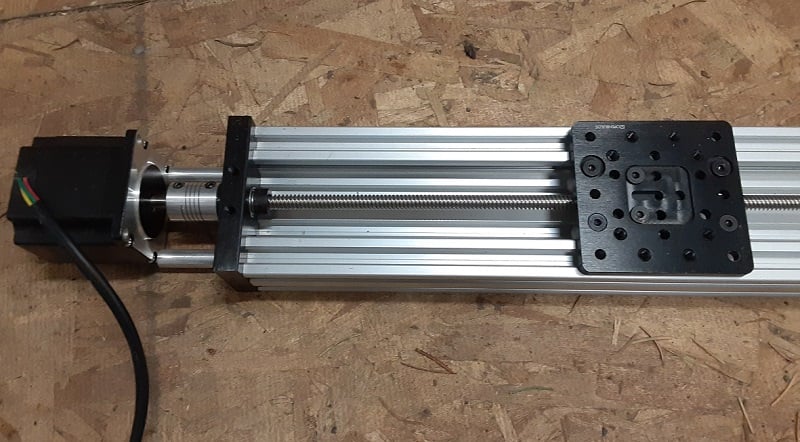 Figure 1. Electric actuator in the form of a linear lead-screw rail. Other variations include belt and chain drives.

Electric actuators are efficient and can be tightly controlled. This means more precise motions are possible with electric actuators than with other systems. For example, an automated end mill can more precisely move the axes during machining than a fluid-based system. This is partially because there is no way for the electrical energy to “leak” like it might in a fluid-based system.

Computer control is much easier to perform with electric actuators than with other actuation systems. This is because the control signal is already a voltage or current, versus having to convert a voltage or current signal into another physical phenomenon, such as compressed air pressure in a pneumatic system. The fewer steps, the more quickly this can happen. Also, the computer control system can more readily accept data from sensors and from the actuator itself and develop more accurate positioning control signals. Advanced actuator routines can be developed quickly, such as pulse-width modulation (PWM), where a signal’s duty cycle can be altered to slowly increase the motion of a robotic arm, creating more complex motion profiles.

The only caution to consider with electrical controls is the existence of electro-magnetic interference and resistance in the wiring. Both of these problems can easily introduce errors in the final output command, and therefore, the final position of the actuator.

When one thinks of fluid power, they often think about hydraulic systems, since our common reference of fluid implies liquid. However, in engineering and physics, the term “fluid” includes both liquid and gas. Therefore, the category of actuators including pneumatic, steam, and hydraulic share many similarities. 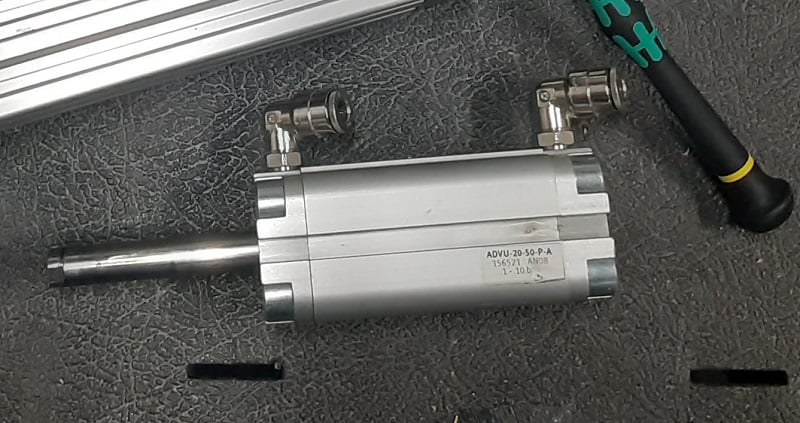 A pneumatic actuator’s bigger brother is the steam actuator. While steam lines are common in the manufacturing environment, steam-powered actuators are not as common as pneumatic-powered actuators. Steam is especially convenient in facilities that are already generating steam as part of a process. Rather than wasting the heat energy to condense the steam and recirculate it, some of that heat energy can be converted into mechanical energy.

Even though steam and air are both gasses, they should never be interchanged, because the presence of water vapor in common pneumatic systems can easily damage the components. 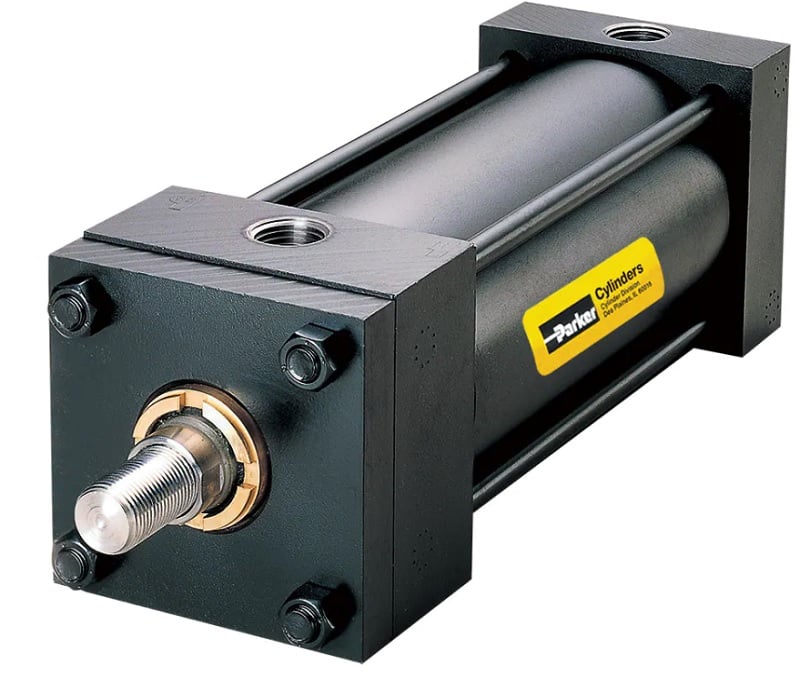 Hydraulic actuators are moved by forcing a liquid, usually a heavy oil or specialized hydraulic fluid into the system. Unlike pneumatic and steam actuators, the hydraulic fluid is virtually incompressible. Very little energy is lost compressing the fluid, but instead is used for motion of the actuating component.

Fluid-powered actuators require no electricity, though some will have connections for displays and data logging. Because they can be made to run electricity-free, they can be implemented in locations that are more challenging for electrically-actuated sensors, such as in areas with flammable vapors, underwater applications, and dusty environments. Any place where an arc flash, moisture, or any other environmental concern may cause hazards, a fluid-powered actuator may perform the task in a safe manner with the electrically controlled valves positioned a safe distance away.

Interestingly enough, fluid-powered logic systems are possible, where AND, OR, NOT, and other logic gates can be used to make low-level control decisions. This further enhances the versatility of the system, as some of the control systems can be created without the need for electrical power at all.

Another advantage of fluid-powered actuators is that they can often deliver higher forces than electrical actuators. This is why hydraulic systems are found in bulldozers and electric systems are found in small machinery for transferring lighter loads. While this is rapidly changing, there are trends and experiences that show this effect. Even the power steering and brake systems in your own car are hydraulically actuated. 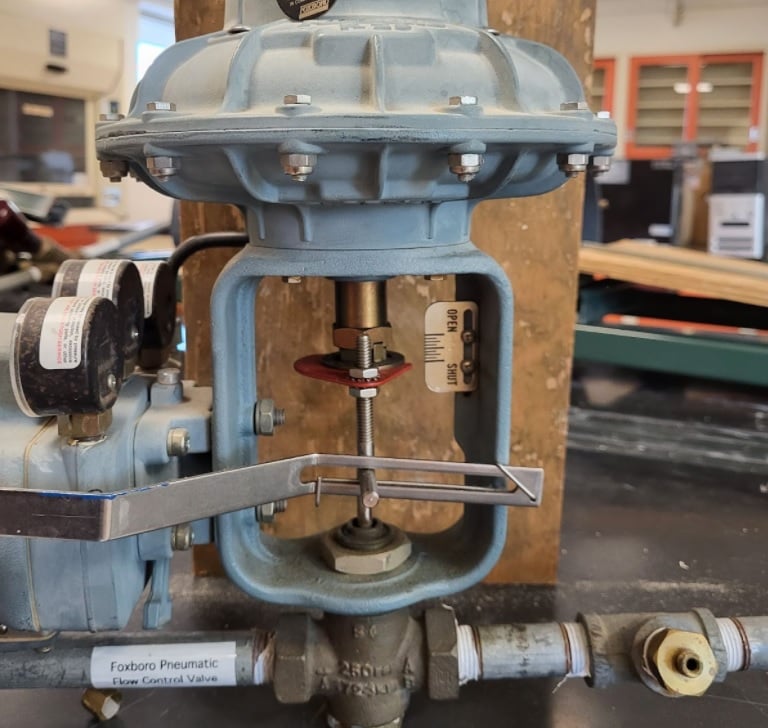 Figure 4. This pneumatically-actuated control valve can be used to alter the flow of cooling water through the system. The air control can use a mechanical level control, or an electronic pressure sensor as its control variable. Author’s image

Safety and Leaks in Fluid-Powered Actuators

The reality of all fluid-powered actuators is that the systems will leak. Leak control is both an efficiency issue and a safety issue. With pneumatic systems, any leaks release air, obviously. Major leaks are a safety issue, as high-pressure air is still dangerous. Minor leaks are an economic concern, as the leaks represent energy spent in compression that is not reaching the actuator.

Steam actuators are less common and pose a greater risk for injury. Leaking steam can be invisible to the human eye, yet can lead to severe burns, equipment damage, and moisture and corrosion issues as it condenses on nearby objects.

Hydraulic systems under massive pressure can present a safety concern even with small pin-hole size leaks. The existence of waterjet CNC equipment proves that a thin, high-pressure stream of liquid can cut through even metal, demonstrating severe safety concerns if maintenance issues are not addressed.

There is no one-size-fits-all solution for actuator systems. Depending on the manufacturing environment, one system may be better than the other, and one part of the factory may require one system and another part require another. Electric actuators are more easily integrated with computer control systems and do not leak. However, sometimes it is not convenient to run wires if other utilities are more readily available. Furthermore, some fluid systems can deliver greater force and can be used underwater or in hazardous environments where electrical systems could be a hazard.

What applications have you found that required you to choose one type of actuator above another?