Have you ever wondered how to make the claw machine at the arcade creepier? Scientists at Rice University have developed the answer: necrobots! Perhaps the two roots of the word “necrobot” sound familiar: necro-, meaning of the dead, and bot, short for robots. Imagine that in your head, and these scientists have created exactly what you’re thinking.

In a recent peer-reviewed publication, scientists have used fancy science-y sounding language to show their latest creation: a robot made from a dead wolf spider. As it turns out, this dead spider gripper is quite strong, lifting up to 130% of its body weight, mainly a bigger, dead wolf spider. 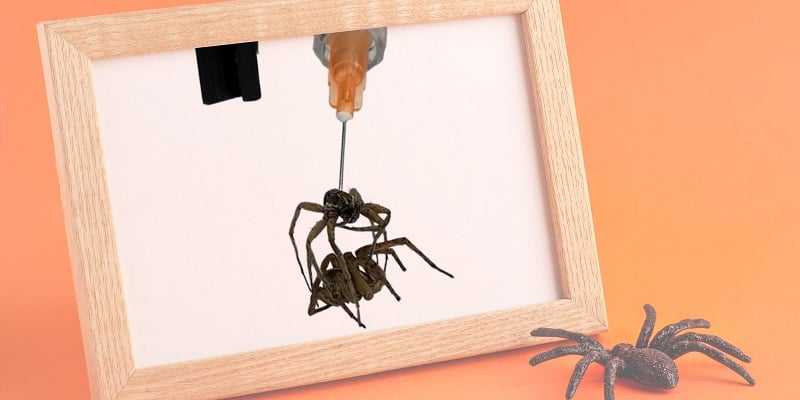 Faye Yap, a mechanical engineering PhD candidate at Rice, started with the question, “Why do spiders curl up when they die?” Her investigation led to the conclusion that spider legs are operated hydraulically. When they die, the fluid dries out, causing the legs to retract. If the spider legs operate as a hydraulic machine, she next asked, could a fluid injection control the movement of legs? 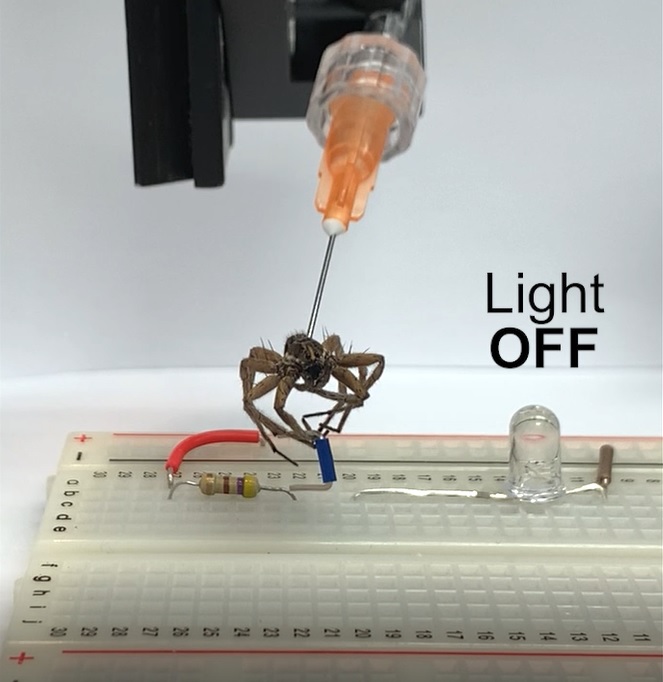 When injected with fluid, the spider’s legs act as ‘grippers,’ allowing it to pull a jumper wire out of a breadboard. Image used courtesy of Wiley Online Library

How strong is its grip? Besides lifting another, larger spider, this research team found out that the dead robot spider was strong enough to pull wires out of a breadboard. Furthermore, the necrobotic spiders were good for several hundred cycles before the spider bodies broke down.

As creepy as it may sound, many scientific and engineering breakthroughs have been the result of or taken inspiration from animals. In robotics, other grippers have been inspired by the gripping surface of a gecko’s toes. Compound eyes, inspired by houseflies, have been used in machine vision systems. Modern sonar systems are at least partially based on the echolocation capabilities of bats. Bio-inspired design incorporates engineered components that have origins in the biological world. In some cases, there is no need for a specially designed composite or structure when the design already exists in nature.

While bio-inspired design is very common, bio-based design has a little more checkered history. In one big scientific flop, Luigi Galvani noticed that when he tried to cut dead frogs, the legs moved. He concluded that this was likely due to “animal electricity." As it turns out, what he actually discovered was Galvanic corrosion. As the frogs were mounted in copper hooks and he cut the frogs with a steel knife, he caused a small voltage that applied across the frog legs. 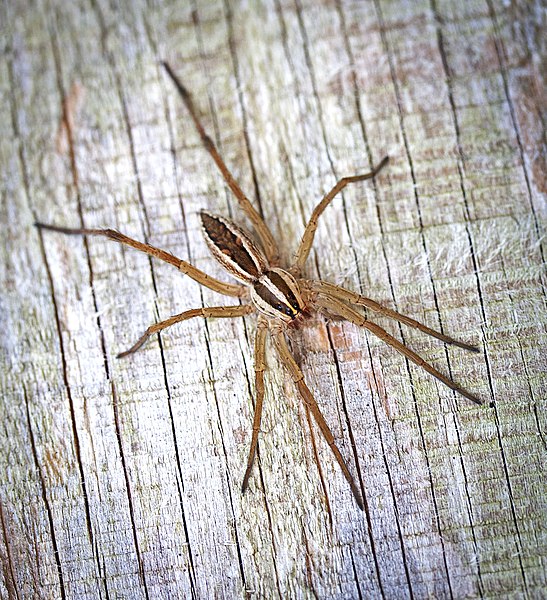 Will this wolf spider be the next robot gripper used in building your circuit boards or helping your surgeon? Image used courtesy of Wikipedia

Enter these necrobots. In a strange world, these spider grippers offer a soft gripping surface, yet a strong grip for moving delicate objects. With some additional work in preserving the spider’s leg structure, these robotic legs could be used for many cycles with little cost. When the spider can no longer grip, it can be simply discarded in the trash, the way most dead spiders are.

Will dead spiders be placing components on circuit boards or performing delicate surgery? Probably not. However, this nightmare-inducing project was more about discovering additional information about robotic grippers as well as how spiders function than it was about using dead spiders as actual robots. In terms of bio-inspired design, there is still much that can be learned and many systems that will benefit from mimicking the animal kingdom in engineered products.