What is Ethernet-APL, and how could it help combine Ethernet protocols and expand their capabilities?

ODVA just announced an enhancement to their Ethernet specifications to support more capabilities in process automation.

What is the ODVA?

ODVA is an international standards and trade organization, focusing on the standardization of industrial communication technologies. Formally known as the “Open DeviceNet Vendors Association” was formed in 1995 and has grown its member list with the world’s leading automation companies. 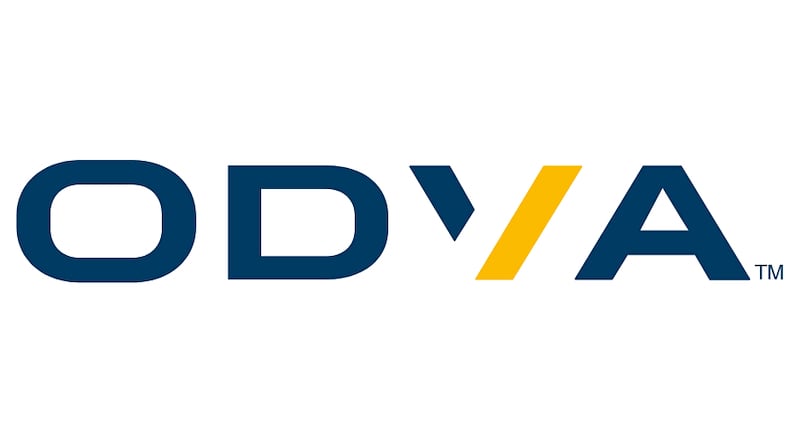 The ODVA is responsible for maintaining industrial communication protocols such as common industrial protocol (CIP), Ethernet/IP, DeviceNet, CompoNet, and ControlNet.

The Ethernet/IP standard is a communication protocol used by industrial automation equipment and devices to pass information over an Ethernet network.

Ethernet/IP is a common standard used by Allen Bradley and Omron controllers to communicate with other industrial network devices. Many automation component manufacturers produce devices that use the Ethernet/IP protocol to integrate easily to supported controllers.

Ethernet-APL is a two-wire ethernet protocol primarily used in process automation or any industry that works in hazardous locations.

This standard can be valuable to the process automation industry because of its simple design and high speed. The standard is certified as intrinsically safe, meaning the wiring should not release electrical or thermal energy that would otherwise cause ignition in hazardous locations.

Ethernet-APL offers communication speeds of up to 10 Mbit/s and can provide power to the device. This speed and device power over one connection makes for easy installation and the ability to record and display real-time data. 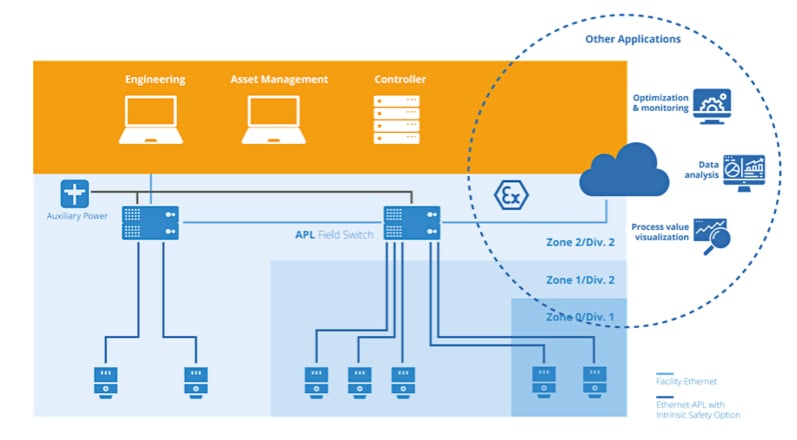 Sensors and devices can be placed in hazardous locations with less worry due to the wiring design being classified as intrinsically safe and have long cable runs of up to 1,000 meters.

Adding Ethernet-APL to ODVA and Ethernet/IP

Adding Ethernet-APL to the ODVA and Ethernet/IP will create a standard protocol so any automation component manufacturers can design their component’s communication ability the same way.

Having a standard communication protocol ensures the end-user can easily connect and control the component from controllers with the same protocol but different manufacturers. For example, a sensor made by Keyence can communicate with an Allen Bradley controller without any special message instructions.

But why could this be useful in process automation?

Process automation and typical assembly automation use the same controllers, PLCs, and sensors as other industries. However, the communication protocols in these two industries are different. The process automation industry requires special communication protocols because they use sensors spaced far apart in hazardous locations. These sensors need to be able to display and communicate information straight to the source, even in these industrial environments. 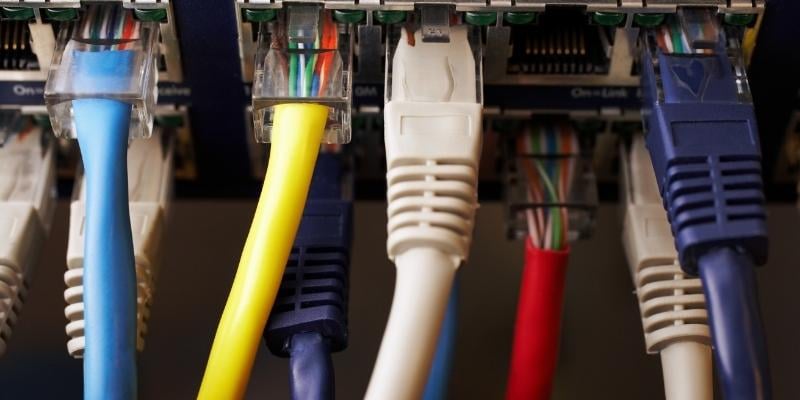 Until now, if a system is making use of Ethernet-APL and Ethernet/IP, they would have to design for different controllers, network switches, and field switches. This requirement to have separate devices can become very costly.

Now that the two Ethernet protocols are being combined, the industry may start to see network switches and controllers that support both protocols, essentially saving time and money.

Will Ethernet-APL help you in your process automation tasks? Let us know in the comments.