Robotics company, RE2 Robotics, has received funding to further develop its existing Dexterous Maritime Manipulation System for the U.S. Navy.

Who is RE2 Robotics?

RE2 Robotics is a robotics company located in Pittsburgh’s historic Lawrenceville. The mission of RE2 Robotics is “to develop innovative technologies that make a positive impact on the world.” They achieve this by maintaining a focus on developing robotic systems to help workers stay safe, and efficient when on the job. The company currently produces single-arm and dual-arm robots with similar capabilities to human workers, allowing them to complete their job tasks at a distance from hazardous environments.

The systems encompass a wide range of abilities depending on the task to be performed. The autonomous arms utilize artificial intelligence, machine learning, and computer vision to provide the system with vital information in its work environment.

The Office of Naval Research recently granted RE2 Robotics $2.5 million in order to continue research and commercialization on its Dexterous Maritime Manipulation System. The system has the ability to help with underwater mine mapping for the United States Navy and has undergone testing in the pacific already. The funding will help to develop and implement new technology creating a more versatile product with expanded functionality. RE2 Robotics hopes to expand the use of its underwater robotics to other industries that may need deepwater systems besides the Navy.

Underwater mines and Waterborne Improvised Explosive Devices are a risk to our ports and all the infrastructure in and around them. The devices are hard to detect and disarm, producing a need for a system to find and disarm the threat in port infrastructure. The Dexterous Maritime Manipulation System (DM2S) is the current product offered by RE2 Robotics to help with finding and disarming such devices. "One of the key differentiators of DM2S is balancing many design criteria simultaneously, were criteria that would normally need to be traded off could not. For example, designing for greater depth means more foam is necessary, which affects joint motion", mentioned Jack Reinhart, Vice President of Product and Project Management.

Reinhart also mentioned, "Another example is that the sealing needed to withstand greater pressures and sandy solutions for sustained operation. To achieve this, non-traditional approaches were required beyond the typical design approach of integrating a motor, gearbox, and a motor controller."

According to the company's' CEO Jorgen Pedersen, "It took approximately 18 months to 'marinize' HDMS so that it could operate in saltwater at depths over 100 meters below the surface of the ocean." Pedersen also mentioned that "HDMS was developed through two Small Business Innovation Research grants, one from the Navy and the other from the Army, and was a natural progression from the original one-arm Dexterous Manipulation System developed through another Navy SBIR, which began in 2006." 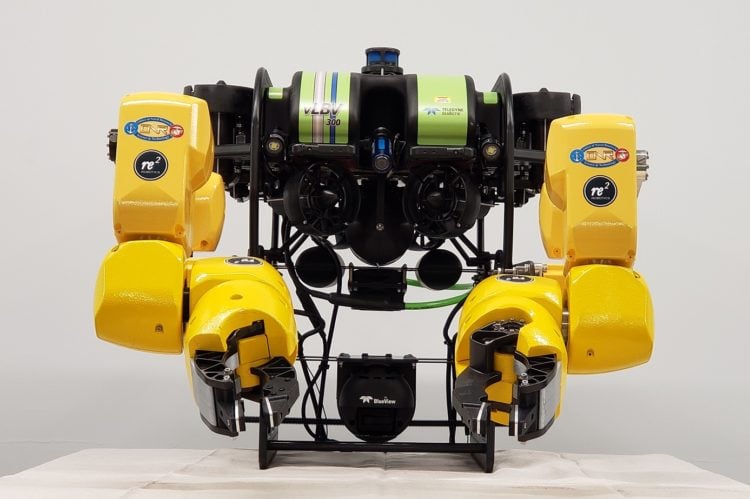 The system utilizes two arms with an 8lb underwater lifting capacity per arm for underwater detection of Waterborne Improvised Explosive Devices (WBIEDs) and mines. WBIEDs are difficult to detect and disarm promoting the research and development of the DM2S.

The DM2S uses advanced technology to supply a superior product for the conditions it is expected to be used in. The saltwater environment in the ocean creates difficult design challenges to overcome when developing robotics to operate in such an environment. DM2S employs several different features to help combat the problem. There is an integrated multilevel corrosion management system built into the robotic system and they employ the use of electrical components instead of hydraulic.

The use of electrical systems reduces the number of connections in the systems thereby reducing the chance of leaks. It also has the added advantage of lowering the complexity of the DM2S which translates to lower cost and maintenance during the life of the product.

Downtime is also significantly reduced with an electrical mechanical system over hydraulic. DM2S is neutrally buoyant and has a longer run time than other robots serving similar roles on the market. A longer runtime translates to more value per underwater mission and costs savings overall for the same task completed.

The second phase of the DM2S is the Maritime Dexterous Manipulation System (MDMS) brought on by funding for continued development from the Office of Naval Research. RE2 Robotics has included several different planned upgrades to be implemented with the funds. The system will allow the Navy the ability to conduct autonomous Mine Countermeasure Missions (MCM).

The robot will be designed to integrate with current Navy underwater systems currently in use, allowing for a much more efficient means of MCM completion overall. An increased depth rating is expected for deepwater missions and RE2 Robotics hopes to use the technology in the underwater oil drilling industry as well, for inspection and maintenance. Added computer-aided vision will help to provide a better foundation for autonomous navigation of underwater obstacles and tasks. The device is to be used in hard to reach places and in areas where obstacles can be difficult to traverse under normal circumstances.

RE2 Robotics has managed to push the ability of robotic systems technology further along through its mission to create robotic systems with the intent of helping people complete hazardous tasks. They are an integral part of the Navy’s search for a better way to find and disarm Waterborne Improvised Explosive Devices. Their technology also shows promise in the oil and gas industries for the inspection and maintenance of deepwater infrastructure.  It can reduce the risk to underwater divers by completing tasks normally done by a human.

"DM2S is, to my knowledge, the only two-arm electromechanical human-scale manipulation system for underwater use", mentioned Pedersen. 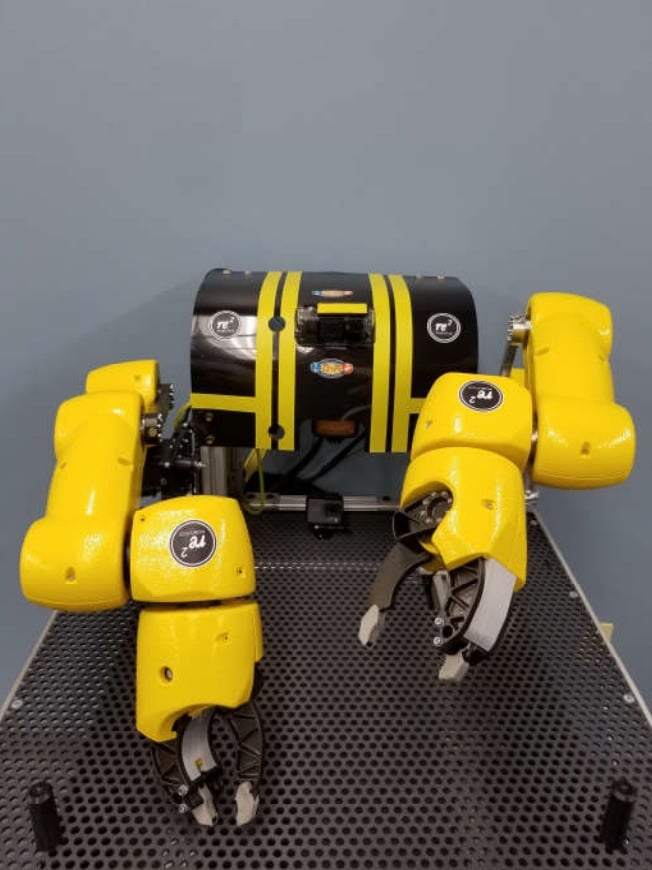 The funding provided by the Office of Naval Research has allowed them to expand on their DM2S robot creating a better, more reliable MDMS robot, with a higher depth tolerance and more functionality with current Navy systems.