The 6.1 version of the framework was developed to address the development and deployment challenges associated with building remotely-operated autonomous systems.

Founded in 1991, RTI focuses on creating software framework tools for autonomous systems. The company reportedly counts over 1,700 designs, and its software runs over 250 autonomous vehicle programs and controls the largest power plants in North America.

The Connext 6.1 release supports the principle that autonomous systems like underwater drones, remotely accessible medical devices, space systems, and construction and mining robots, for example, often need manual control. However, due to the challenging conditions that these systems operate in, high reliability and real-time performance are hard to achieve in remote control applications. 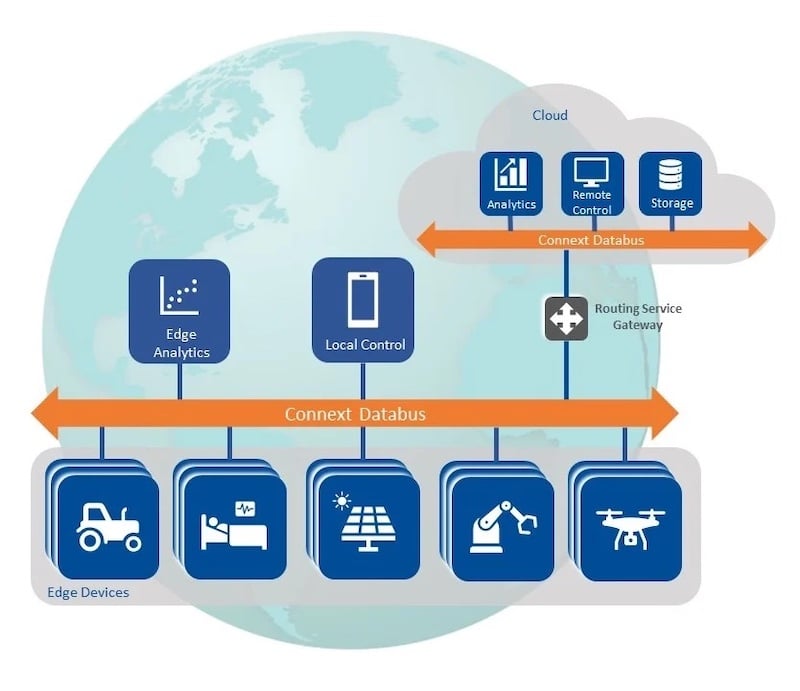 RTI’s software was developed as a data-centric framework for performance, scalability, autonomy, and reliability. Image used courtesy of RTI

Built on RTI’s 30-year software development experience, Connext 6.1 tries to solve these issues by introducing numerous features aimed at maintaining stable connectivity despite tough environmental conditions. For instance, if a given network connection changes as the system moves, connectivity is kept stable without the need for reconnecting.

Consequently, the network is also kept secure—as there is no need for renegotiation between the systems—and reliable, thus preceding the loss of information.

From a technical standpoint, Connext 6.1 supports and optimizes fast communications across both highly variable local (LAN) and wide-area networks (WAN).

RTI was able to create a proof of concept allowing the company to remotely control and monitor a robot over the Internet in three hours.

The solution also offers a new System Designer tool to easily specify the configuration and interfaces in a Connext-based system, and a revisited Administration Console to allow manufacturers and systems integrators to better observe behavior during test and deployment operations.