ABB Robotics celebrates the 5th year of its YuMi collaborative robot being on the market.

Distinguishable by its two-arm configuration, YuMi has been seen conducting orchestras, putting together a puzzle alongside a human friend, and just being part of the gang as a safe and configurable collaborative robot.

Instantly recognizable by its hunched and stalwart posture, the dual-armed robot can work alongside humans in a range of colorful industries. It seems strikingly human and can perform tasks that reduce the monotony of human labor. It can be programmed intuitively by workers with no previous coding or robotics experience, making it even more accessible as a collaborative worker with humans on a team. 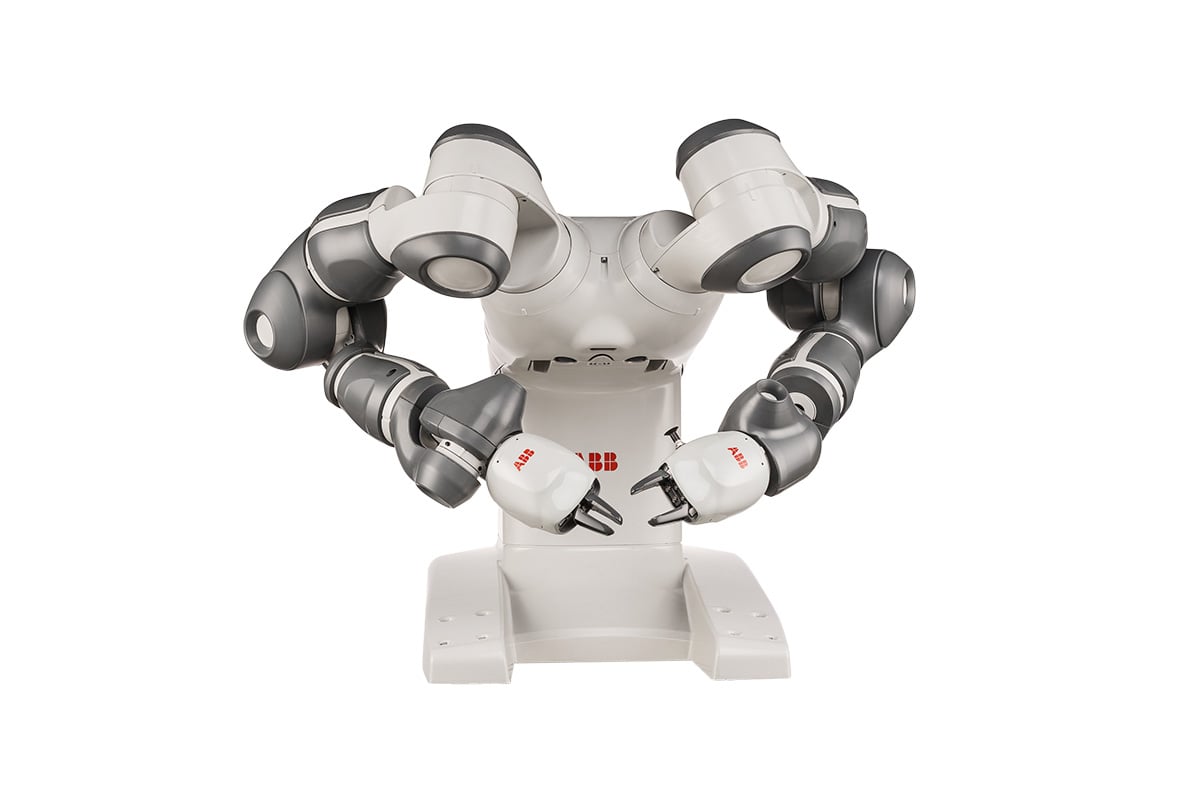 ABB Robotics lists case studies where YuMi worked alongside humans in its latest news release, testing ATMs, handling samples of human tissue for a diagnostics lab, and manufacturing electrical sockets. The company boasts how YuMi has pioneered new ways for collaborative robots (cobots) to work with humans in a growing number of myriad industries.

A study from the Institute for Robotics and Mechatronics in Austria published in Research Gate shows a YuMi robot programmed to work alongside a human working on a puzzle. YuMi is equipped with smart sensors to stop or slow motion when it detects a human. YuMi's collision detection technology enforces humans' safety around it, and soft materials between joints minimize pinch-points to allow safe operation and contact with human operators and co-workers.

Like many cobots on the market, YuMi can be programmed directly by its limbs' movement into through-point configurations that will allow it to repeat moves and complete pick-and-place tasks. YuMi can also be programmed intuitively with an HMI. ABB refers to the direct positioning of collaborative robots into discrete configurations as lead-through programming. 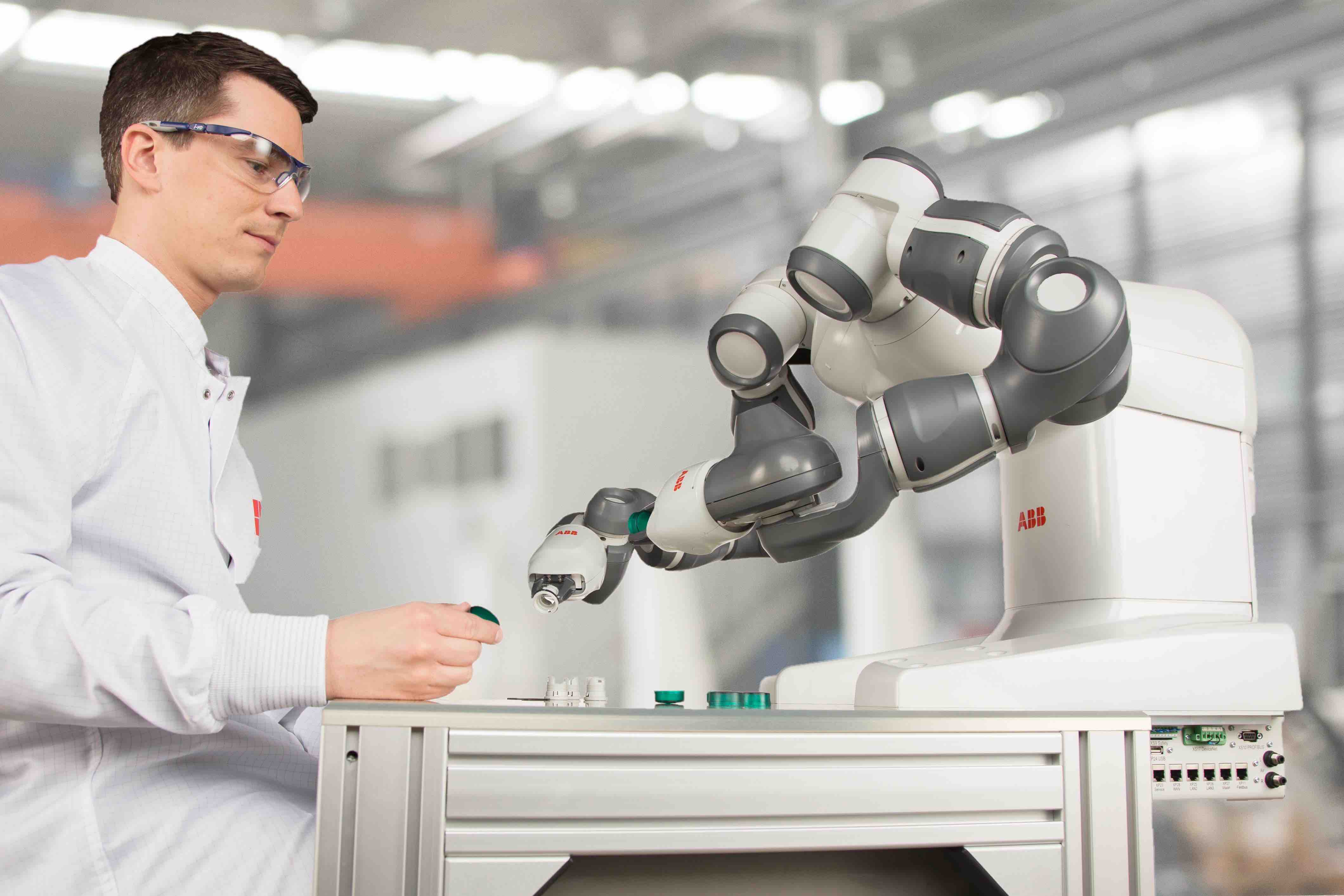 YuMi has two arms, giving it 14 axes of movement and a familiar and inviting feeling for humans use and interaction. In 2017, ABB released a one-arm version of YuMi as well.

The cobot has been featured in coffee shops serving the public and even conducting an orchestra alongside a famous opera singer. In 2016, it met Barack Obama and Angela Merkel at the Hanover Messe and showcased the company's newest Smart Sensor at that time for remote control and operation over the Cloud.

Some of the Biggest Names in Collaborative Robots

Collaborative Robots were one of the Hannover Messe's main attractions in 2016 and have been one of the buzz words circling the industrial robotics market for quite some time. Many other companies supply collaborative robots that have been on the market as long as YuMi has. For example, Universal Robotics' (UR) robotic arms were featured at the Hannover Messe. UR cobots can move into various positions for motion programming. The company highlights how they achieve safety through motion control feedback triggered by soft impact when in proximity to humans.

Festo is another company that featured its robots at the Hannover Fair. The Bionic Cobot uses pneumatics to achieve precise movements and work safely with impact sensing alongside humans. Festo tends to base its bionic robots on animals and humans. Its other cobots include a pneumatically controlled octopus gripper and a fluid-motion elephant trunk. All of these cobots use soft materials and padded joints to work safely with humans.

With all these years of developments in collaborative robots by some of the most skilled equipment manufacturers in the industry, the future of robotics seems bright. It will be interesting to see it branch into new industries.