An Introduction to Synchronized Motion Control

An Introduction to Synchronized Motion Control

Learn about what synchronized motion control is, including its different types and applications.

The human body is a marvel. Consider the various factors involved in the simple act of walking. We see the ground before us and the objects through our eyes. Assume there is a box before us. We must decide whether to walk around the box or to step on the box. If there is no alternative way, we must step on the box to cross. Our brain should judge whether the box can handle our weight. Then we place our left foot in front of our right to move forward.

The act of walking, which we perceive as a simple or mundane task, has a lot of information handling happening in the background. Many organs and moving parts are involved in executing the task. It is evident from the viral video New York Subway Stairs where a fraction of an inch misalignment in the height of stairs from a New York subway station causes commuters to trip. A minor deviation from the ‘all steps are of same height’ assumption in our walking algorithm throws a wrench in the whole process.

In robotics and automation, processes in sync can gain significant advantages in precision, accuracy, efficiency, time, and cost. Industrial robots are widely used in a variety of industries, including automobile manufacturing. In Ford’s assembly line, each station did only one focused task. With modern robotics solutions, one station at the assembly line can handle multiple processes enabled by synchronous motion. 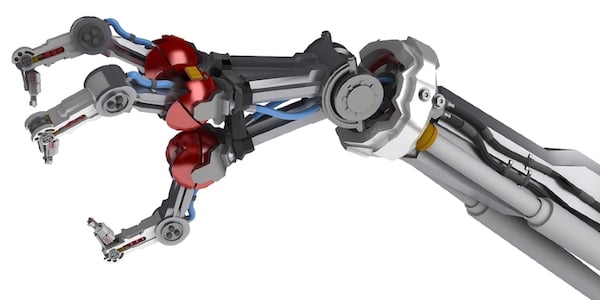 Figure 1. Robotics and automation use and benefit from synchronous motion.

We can walk properly because multiple organs (devices) collect information, transmit the information through the nervous system, process information, and other organs take action.

In the video by Valk Welding below, two robotic arms are welding different parts of an object simultaneously. At the same time, the surface to be welded is turned with a contraption to give the robotic welding arms easy access.

The welding arm needs to know when the turning contraption has completed its task. It also has to know the coordinate axes where the next weld is to be done, moves to that location, and weld according to the specifications for the spot. Both the welding arms work in parallel at different locations.

Once the welding is complete, the turning contraption has to know the task is done to shift to the next position. The whole system will have a program and routine to be followed for each new object to be welded. The various parts in this station need to ‘talk to each other’ to complete the tasks. Modern network protocols enable this communication.

Synchronized motion control is mostly used when there is a need for synchronous motion in a three-dimensional space. Motion in different axes (x, y, z) is executed by different motors. The control for such a system can be done by a single-axis controller or multi-axis controller.

As the name implies, this is the simplest form of achievable motion control. Here, the motors in different axes are synchronized by an external trigger. Change in synchronization state is also triggered by the external signal.

This simple control scheme can be used in conjunction with PLCs, ICs, and other controllers to create automatic trigger conditions (or breakpoints). Different logic can be generated to perform different sequences of actions according to various environment variables provided as signals from sensors.

Another case where simple control does not work occurs when the motors run for so long, they drift out of synchronization when single-axis controllers are used. Controller clocks are run by the signals generated by the internal oscillators. All the controllers will not produce precisely the same frequency. These small discrepancies can build over time and cause significant drift. 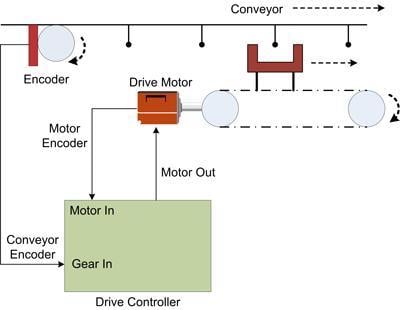 Positional data is collected using sensors and sent to the controller as quadrature encoder signals. The motor can be driven according to this quadrature signal. It is not necessary to run all the motors in the same sync. During the design phase, different ratios can be set for different motors, and each motor can be controlled separately running at different ratios with the quadrature signals. For more complex processes electronic CAM can be used which is a more complex gearing system.