Industrial level sensors are used in a variety of manufacturing and industrial applications. This article discusses the different types and uses of level sensors.

What are Level Sensors?

Level sensors encompass a broad variety of sensors including any device that can be used to gauge the level of product in a tank or bin. The components monitored by these sensors consist of liquid or liquid-like substances. They range from water and petroleum products to cement and grain silos.

Level sensors play a vital role in helping manufacturers and distributors keep a running record on the amount of product in storage containers. Their use extends past manufacturing and industrial environments, and they are the driving device in the fuel level gauges in most cars, airplanes, and boats. Level sensors encompass a vast range of technology from simple levers to gamma-ray detection and are used in almost any application with a liquid in a tank or solid product in a granular form. 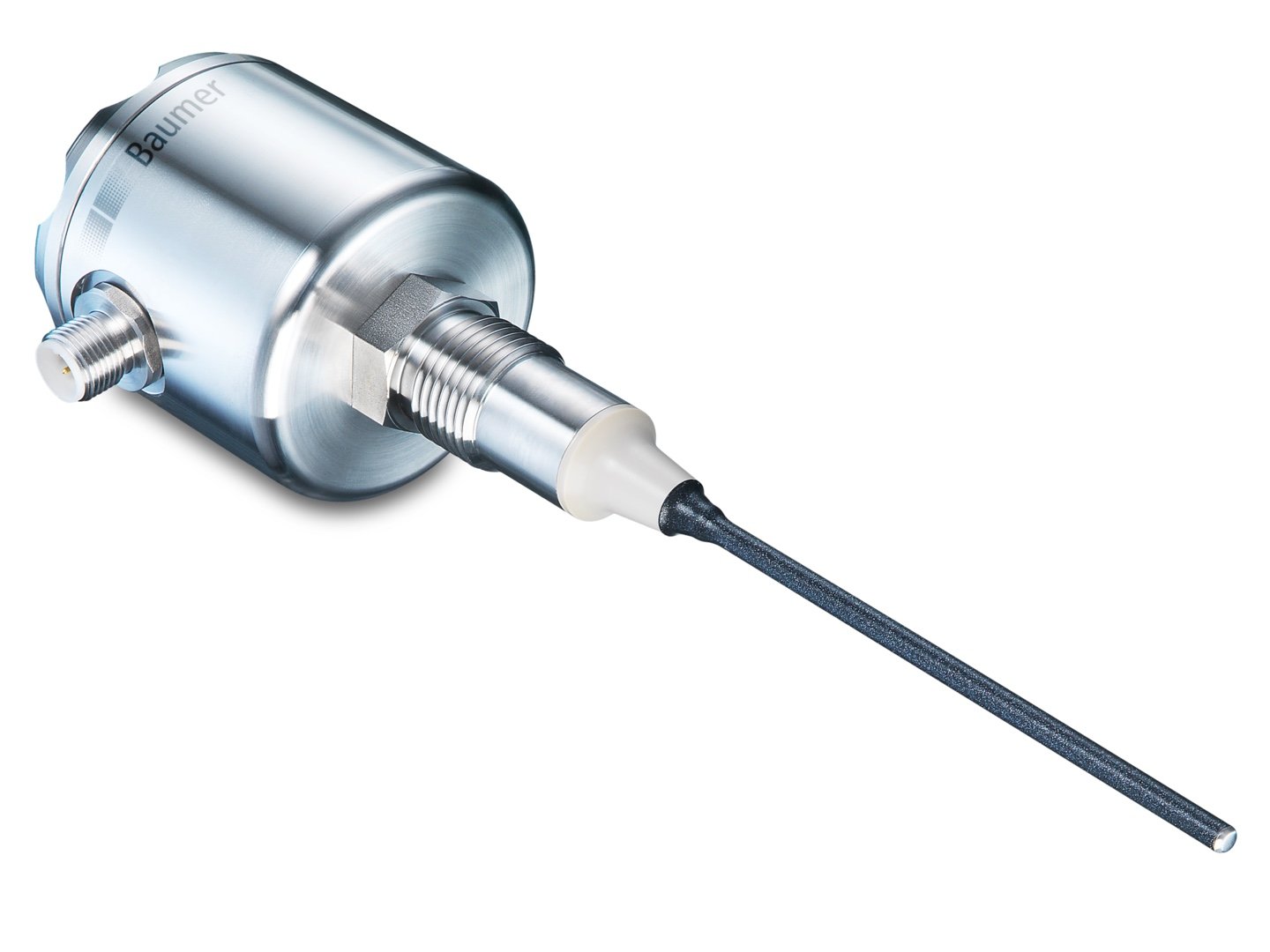 Since there are many different types of level sensors, the scope of this article will focus on sensors most common in the robotics and control industries. In the robotics industry, level sensors are used to give information to the control system so it can make decisions during processing. The sensors can be used to give a warning about failures in pumps or indicate the presence of leaks if tank levels drop unexpectedly. The flow rate into and out of a tank can be regulated with the use of a level sensor in some cases also.

There are many different types of level sensors: paddle, non-contact, submersible pressure, float, guided wave radar, ultrasonic, capacitive, and bubbler to name a few. They serve a multitude of functions for many different types of liquids and granular materials. Although they may work in fundamentally different ways, each type of sensor produces the same result; a signal to a controller or operator about the status of the material in a storage bin or tank.

Paddle sensors are mainly used in bulk solid container systems, or manufacturing processes using very viscous material. The basic principle involves a spinning paddle that slows or stops when the material in the bin hits the level of the tank where it is located. 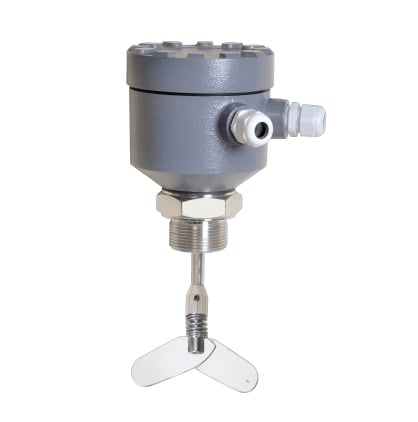 The increased torque on the electric motor in the paddle switch activates an output that is sent to the controller or operator of the system. They are reliable and often have better durability than some other types of sensors in harsh environments like the bulk cement or mining industries because of their resistance to dust and other contaminants.

Float switch sensors are some of the least complicated level sensors available. In liquid applications, they can be used in conjunction with a valve on the inlet of the tank to automatically keep the level in a tank at a certain height. They operate using the buoyancy effect of a heavier liquid lifting a lighter solid float. 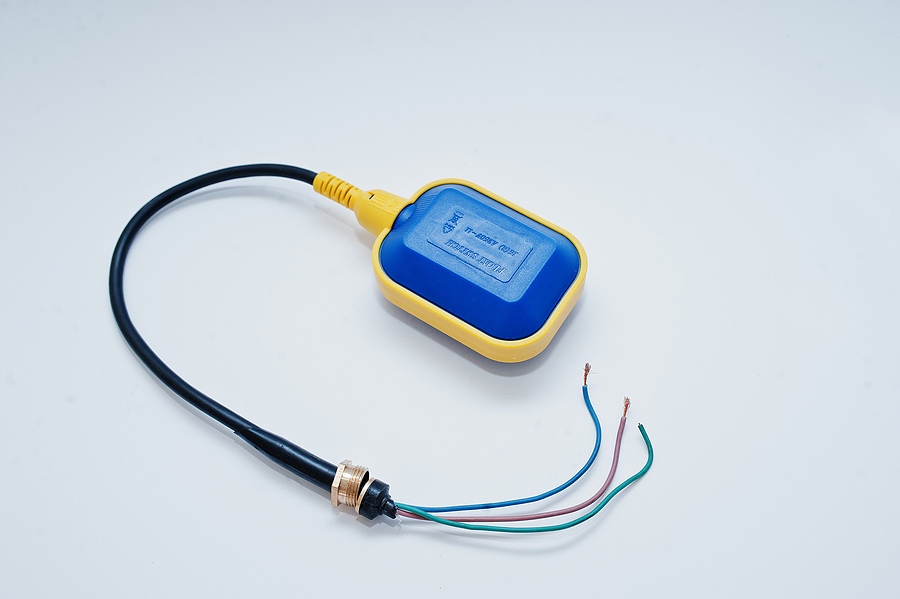 The float lifts a lever when the liquid rises in the container, which then operates a valve or an electrical switch. If it’s a switch operated float, the switch sends an output signal to the controller.

Continuous float sensors are more complex than single-level float switches and include a rod with magnets traveling down the height of the tank. Inside the rod are sensors that send outputs when in proximity to a magnet. A magnet attached to a float travels the length of the rod and switches on different sensors based on its location down the rod. The added cost and complexity of a continuous float sensor is offset by the valuable data they send. They are able to give accurate readings for the exact amount of liquid in the tank or storage container at any given time.

Pressure sensors are simply a pressure gauge used to output the pressure exerted by a liquid in a container.  The pressure is used to find the height of the column of liquid above the sensor.  As the level in the tank increases so does the pressure and the sensor gives output according to the height of the liquid in the tank.  Pressure sensors help to reduce the complexity of other types of mechanically operated level sensors.

A bubbler sensor is a type of pressure sensor that can be used on vented tanks.  They consist of a pipe that travels from the top of the tank to near the bottom.  A stream of air or gas is pumped into the tank from an outside source that then bubbles inside the tank.  A pressure gauge measures the air pressure being pumped into the tank in order to determine the level of the fluid.  They work well with high viscosity liquids where submerged sensors would have difficulty functioning properly.

Pressure transducers use the pressure at the bottom of the tank to send signals through a transducer to the control system.  The transducer offers advantages over a bubbler sensor in its simplicity but does not work as well with extremely viscous materials. 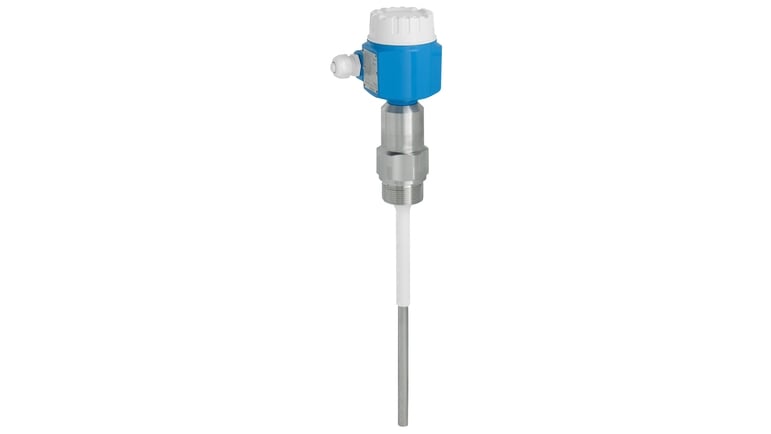 All three of these level sensors work on the same basic principle. They contain a sending and receiving unit that uses a type of waveform created by each device to measure distance. The wave starts from the top of the tank and travels down to the level of the fluid. The wave bounces off the liquid and is accepted back by the receiving unit where it records the amount of time between sending and receiving. The distance traveled over a certain increment of time is known for each type of wave and is used to calculate the level of the tank.

There is an almost unlimited number of uses for level sensors. Their main function is to relay information about tank levels for a more streamlined manufacturing process. Knowing how much material is in a tank or silo can help with determining production runs, and also greatly eliminate waste of unused product. In large tank farms, level sensors give manufacturers an idea of how much they should be producing over a given time frame and help them to prepare for market fluctuations.

The robotics industry uses level sensors to give robotic systems information for operators or to be used as error inputs to stop the robot if fluid levels drop below a safe threshold. Automated systems that rely on hydraulics, need to know the level in the oil reservoir for safety and maintenance reasons.

If a leak develops in the system a level sensor will let the system know of the failure before equipment fails and hurts someone or damages expensive equipment. The type of level sensor for a certain project takes a certain amount of research to make sure engineers are choosing the right device. Since there are so many different types of level sensors currently available there may be more than one type of sensor that will work on a project and cost may be a larger contributing factor than design specifics.