Blockchain for Industrial Automation: Are We There Yet?

Blockchain for Industrial Automation: Are We There Yet?

Learn about how blockchain technology works, why it’s secure, and how to use it in industrial automation.

Unlike a conventional bank transaction, as shown in figure 1, Bitcoin operates on the Internet. Its miners use their computers’ power to solve complex algorithms that serve as verification for the currency’s transactions. A public ledger in a blockchain network is a record-keeping system that anonymously maintains each participant’s identity, cryptocurrency balance, and records all legit transactions with other participants.

As records along the chain are copied and stored across multiple nodes in the network, it becomes difficult for criminals to falsify the records. Therefore, it is safer to record transactions. This secure feature presents blockchain as an excellent candidate for industrial applications, such as important sensor and equipment data that cannot be falsified or altered. For example, the chemicals used in a water treatment plant, such as algicide, chlorine, and chlorine dioxide, must be precise for public safety and not be altered.

First, let’s review the basics of blockchain technology and why it is secure before diving into its possible applications in the industrial realm. 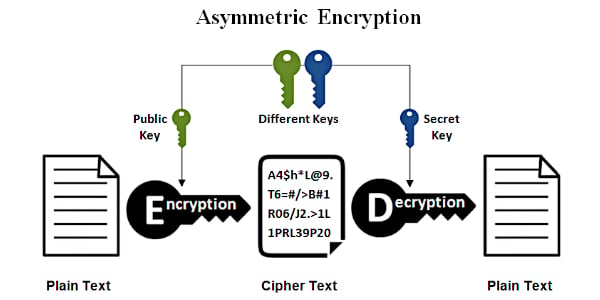 The public key can be assigned as the owner’s wallet address, which a miner creates. The owner signs a transaction with a digital signature, which works oppositely. A hash or digest of the payload is created and encrypted with the owner’s private key, as shown in figure 3. Anything inserted into the database must be digitally signed. A compliant signature gives the recipient strong confidence to trust that the transaction was created by a known sender (authentication) and that the message was not altered during transmission (integrity). 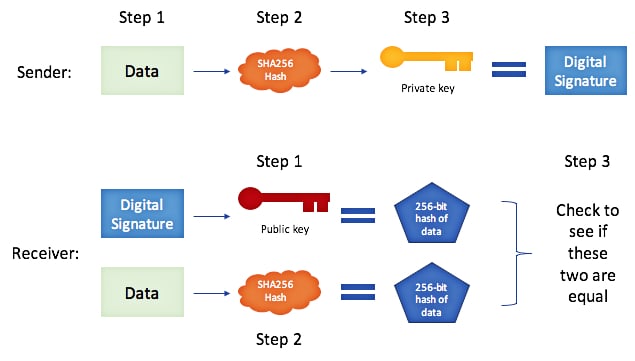 Trusting that the transaction originated from the owner after decrypting it with the owner’s public key and verifying the signature, the payor can then encrypt a new transaction using that public wallet address. The owner receives the transaction, and since they have the private key, they are the only person who can decrypt and own the currency.

Mining can also be done as a pool where a group of miners works together to solve, validate the transaction, and split the reward. Cloud mining is another tool that miners use to eliminate the need for local hardware and software; however, the operating cost could be higher.

Now that we understand the basics of how blockchain works, let’s start thinking about how to use blockchain technology in industrial automation.

Major blockchain development is ongoing in the industrial automation and manufacturing industry: supply chain and asset tracking. For the supply chain management in figure 4, each component or block in the chain contains a piece of a secure hash of the previous block, a time stamp, and its own transactional data such as price, location, quality, and certification.

This creates mutual dependencies among all the blocks in the chain. The peer-to-peer architecture makes the system resistant to counterfeit and losses since any subsequent transactions are built on the previous ones, and the hash is used for validation.

Notably, a food supply chain can take advantage of this blockchain management to combat food-borne bacteria outbreaks since blockchain can increase visibility, transparency, and traceability of goods.

By partnering with IBM, Walmart has implemented such a blockchain-based traceability system that allows the retailer to track incoming food supplies from farm to store in real-time. The system has helped monitor and control the spread of food-borne bacteria, such as salmonella, thus minimizing recalls.

The same principle is also used in pharmaceutical supply chain tracking and monitoring and global logistic companies to plan package routes and track them through multiple carriers.

This is only one way to use blockchain technology in industrial automation. We will provide more applications in an upcoming article.