Learn about three-phase voltage arrangements to better understand the systems that drive nearly every industrial motor and smaller branch circuits that feed every one-phase receptacle and lighting system.

Industrial control systems are almost always supplied from a three-phase main voltage service. Because of the dangers associated with high voltage cabinets, this three-phase supply is often not well understood. Some basic knowledge of the systems can help to realize why certain devices exist, and why certain failures are encountered.

The main supply to nearly every industrial facility, and many small shops and even garages, is the common three-phase voltage supply. Many of the voltage levels can be extremely dangerous, so most of the critical components are secured inside cabinets with strict arc-flash controls. Since the concept is already somewhat confusing, the mystery of three-phase voltage seems even deeper when kept hidden behind enclosures. 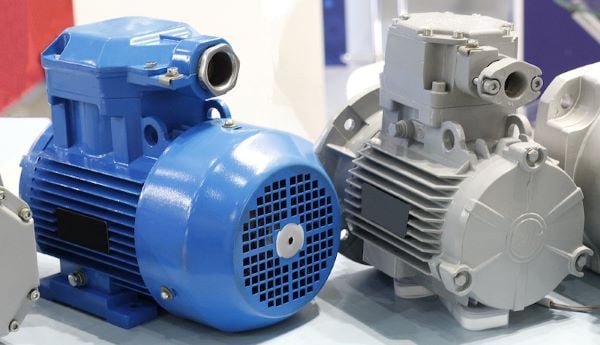 Regardless, it is critical to understand these systems since they drive nearly every industrial motor, and smaller branch circuits feed every one-phase receptacle and lighting system.

There are a few different arrangements by which three-phase electricity may enter into a facility service. Most commonly, this is a 480V system with a Wye arrangement. The term Wye contrasts with Delta due to the characteristic arrangement of the coils for each system. 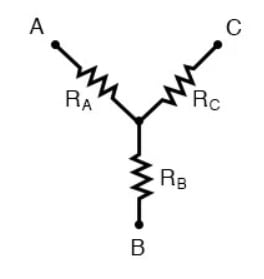 A typical three-phase service for smaller facilities such as a home shop or commercial building is the 208V Wye arrangement system.

Another type of arrangement is the Delta system. 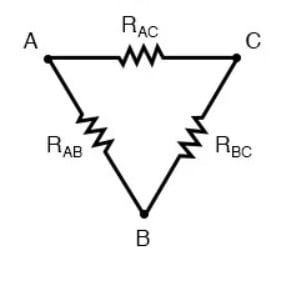 A characteristic difference between the two systems is that a typical Delta does not include a neutral wire (except for some more rare systems), so the voltage between the phases is not a natural single-phase source.

Four-wire Wye systems on the other hand include a neutral wire, so the voltage from each phase to neutral provides a lower voltage single-phase source. This is actually the source of 120V branch circuits in a facility supplied with 208V Wye systems.

What does 3-Phase Even Mean?

In a DC system, the voltage is fixed at a constant, direct current level. However, in AC, the alternation is the rapid cycling change of voltage. Since it’s a cycle, the term ‘phase’ is used to refer to the line wire which is constantly changing with respect to the Neutral wire.

In either one- or three-phase AC systems, the energy difference will drive current from line to neutral or from neutral to line, switching 60 times every second (60 Hz, sometimes 50 Hz). In a three-phase system, there are three line wires, and only one neutral. Every line (L) will be alternately pushing and pulling current to and from the neutral (N), but not all at the same time.

Each L voltage is timed exactly ⅓ of a full cycle delayed from the L before it, which is referred to as a “phase difference” of exactly 120°. While one L may be trying to drive current toward the N, the other two L wires may be driving in the opposite direction. The main takeaway of this fact is that there will always be a (non-zero) voltage from at least two wires at any given time, and there will always be at least one voltage forward and one reverse.

In contrast to this system, a single-phase voltage always has a zero-volt point twice per cycle. This leads to an unbalanced on-off-on-off driving of motors. Another disadvantage is that depending on when the motor is ‘switched on’, it may begin driving in either direction unless a phase delay is artificially inserted. Three-phase has this delay provided naturally. Excellent for motors.

Why is Three-Phase Ideal for Motors?

Using three phases, at a minimum is great for motors. The coil arrangement around the rotor allows each phase to be driven with first a positive polarity, then a negative polarity to attract and repel the magnets inside the rotor. With three phases offset from each other, when one line current reaches its peak value, the next line reaching a peak may either be ⅓ of the way clockwise, or ⅓ of the way counterclockwise from the previous coil.

In a 1-phase system, only a single current will be present, although it is divided equally on both sides of the rotor. When the motor is switched ON, both the exact magnitude of the current as well as the rotor position when it last came to a stop will both dictate the direction of rotation. To make this a predictable operation, a start capacitor is used to determine the initial direction of rotation, then switched off with a centrifugal switch when a certain speed is reached.

If there were to exist a two-phase system, it would hold no advantage over one-phase, except that the two phases would have equal but opposite polarities. A motor direction would still be at the mercy of being pulled in a random direction without an external phase shift component.

So Why Not Five-Phase or More?

If such a thing were used, five-phase voltages may provide advantages over three-phase. The current delivered through each phase would be slightly smaller, and the currents applied to the motor driving the magnetic fields would provide even smoother performance.

However, the subsequent benefit of each additional phase is less than the one before it. That is, it would cost an additional massive amount of money to add infrastructure to deliver two more phase Line wires. But the added benefit of the next two phases would be far less than the original two phases from one- to three-phase systems. It is generally regarded as three-phase being the best balance between the benefit of multi-phase with the lowest reasonable infrastructure cost.