As electronics become smaller and more energy-efficient, wearables are getting more attention in manufacturing. Learn about some of the research involved in developing these wearables.

Wearables have become prevalent in a few different industries, including the medical sector, but other sectors are starting to use wearables to amplify workers in construction, warehouse, and manufacturing applications.

The following will look at some of the challenges and solutions to wearable design. In another article, we'll look at industrial applications for wearables that aren't in the medical industry.

Dr.Yonggang Huang, a professor at Northwestern University, was able to make flexible electronics.

By using a flexible substrate and connecting sensors and electronic devices with conductive inks that would zig-zag between components to increase the amount of flexibility or stretch, Huang made electronics flexible enough to be worn like a sticker.

While Huang is working on flexible, stretchable batteries, the amount of power to transmit data streams over a distance still requires a relatively large amount of electricity for wearables' size and weight requirements.

Whether it is wearables or any other connected technology, infrastructure is a challenge. Getting technology that requires power where there is none is challenging.

One solution is to use larger devices such as cell phones to connect to wearables. Transmitting a signal to a nearby device could greatly reduce the distance and energy consumption.

Another solution, covered in the next section, is to make wearable electric generators. But, finding a cost-effective way to manufacture wearable generators can be another challenge.

Research/Techniques for Manufacturing in Wearables

Researchers have many challenges when it comes to wearables. First, they must produce electronics that are small, efficient, accurate, and comfortable to wear. If researchers can accomplish this, it must seem like starting over from scratch when adapting wearable designs for manufacturability.

One challenge that might have a relatively easy to manufacture solution is powering wearables. With a constant need for power, generating energy would provide great value to the wearables market.

This has already been seen in IIoT and Industry 4.0 as battery-powered technology, photovoltaics, and power harvesters help provide power where there isn't any infrastructure.

Researchers at Purdue and Korea Advanced Institute of Science and Technology (KAIST) have recently said to have possibly found solutions to power wearables and have done so with manufacturing in mind. Researchers at Purdue developed a woven film-based thermoelectric fabric that is easier to manufacture than other thermoelectric technologies. This technology is said to generate electricity from heat. 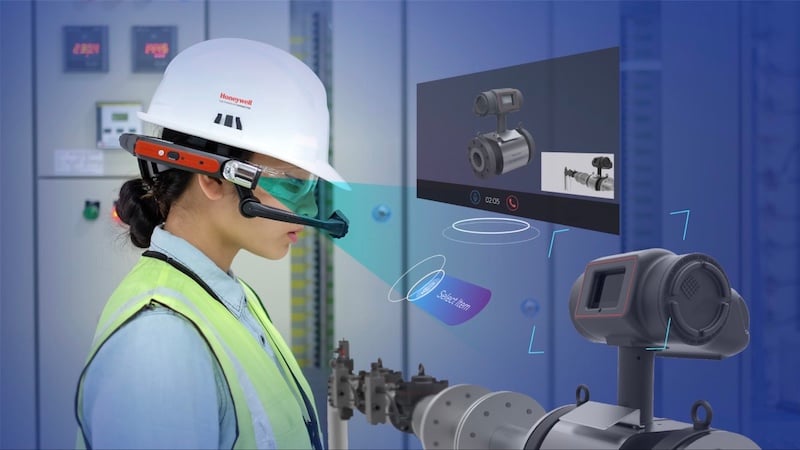 Researchers noted semiconductor strings could convert thermal energy into electricity to power wearables and IIoT devices. The article mentions applications with increased ambient temperatures, such as body heat, so powering IIoT devices in high-temperature manufacturing applications or efficiencies with greater temperature differences weren't clear. However, as a bonus, by converting ambient thermal energy into electricity, this technology may produce a cooling effect that could prove valuable to IIoT and wearable applications.

Another way to generate, convert, or harvest energy is with the piezoelectric effect. Piezoelectric power harvesters can use movement to generate electricity. A common application is in lighters. As a button on the lighter is pressed, a small arc of electricity ignites the gas. While this might not be a large amount of electricity, imagine if that little button was made into fabric and converted movements into small electric charges over a large surface.

Researchers at KAIST were concerned about the ability to power wearables cost-effectively and robustly. By using manufacturing processes that already exist, such as hot pressing and tape casting, researchers could bond energy harvesting material to other garments. In the future, a graphic design or logo might be an energy harvester using the wearer's movements to power sensors in the clothing.

In another article, we move from research to application. The next article discusses wearables that keep workers healthy, reduce injuries, and bond workers with technology as automation and robotics progress further into the industry.