3D printing has become a revolutionary technology for a variety of industries, especially in manufacturing and prototyping. The technology is continuing to evolve, however, and three companies are using the technology in surprising new ways. Research into the technology looks to reduce food packaging waste, speed up micro printing processes, and improve printing capabilities on large objects, including rockets. 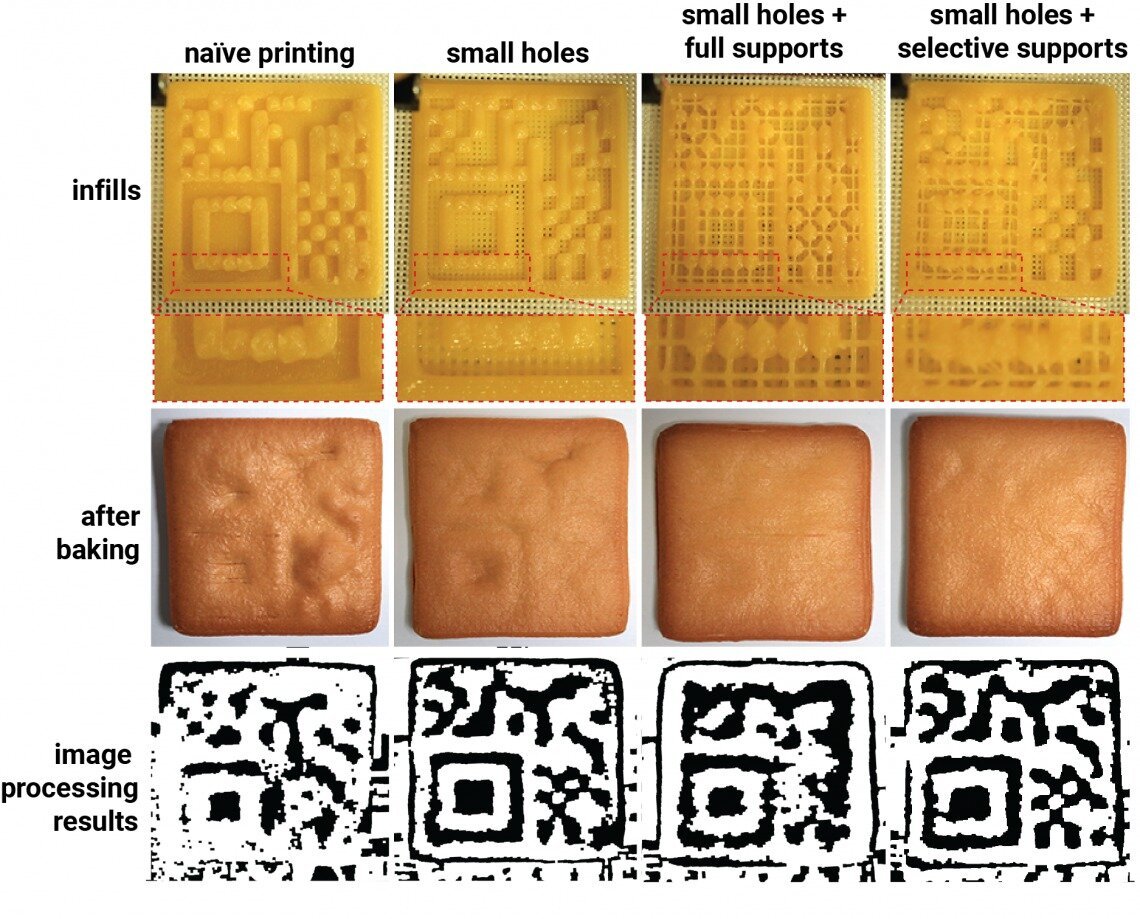 A research team at Osaka University has been looking to reduce large amounts of waste created from the food packaging industry, where a lot of waste is created in the production of food labels. The challenge was to create a labeling system that could be read any time after the making of the cookie that would not destroy the food in the process or affect the taste or look of the product. Another factor to consider was toxicity caused by any sort of edible label to be placed on the product.

In order to create a label that was not toxic and didn’t affect the taste or look of the product, the team decided to 3D print hollow spaces inside of cookies. The 3D printed spaces become invisible once the cookie is baked, but when placed in the light, consumers can see a QR code as light shines through the cookie. The QR code can then be read with a cellphone in order to give the necessary information about the cookie to the consumer. The research shows promise toward a major reduction in manufacturing waste caused by the labeling of food for safe consumption. 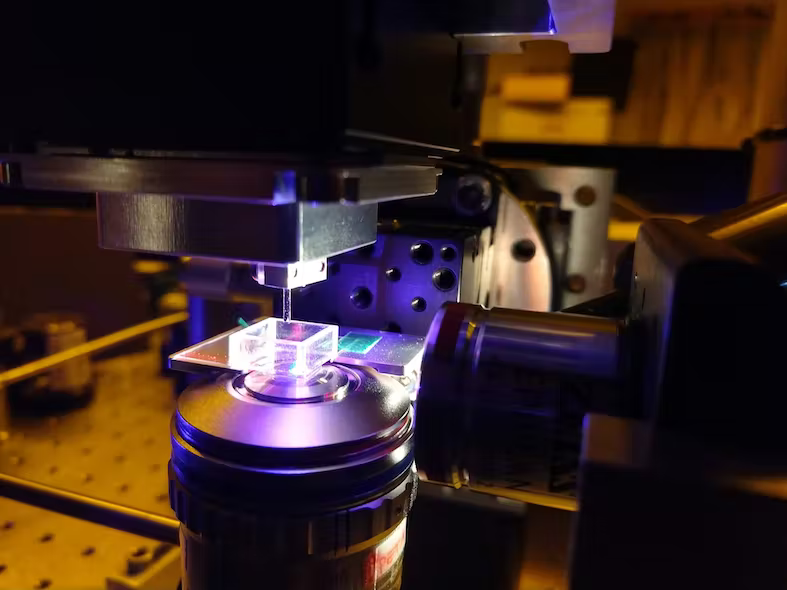 Researchers from Queensland University of Technology located in Australia and Karlsruhe Institute of Technology (KIT) and Heidelberg University in Germany, have looked into developing technology to create faster micro 3D printing through the use of a special resin and two separate laser beams. The process involves using polymerization, where light is used to solidify a polymer resin. Most processes use only a single light beam to complete the process, but the researchers have developed a process and resin that uses two light beams to solidify the resin.

The special resin and use of two lights, one blue laser beam and one red laser beam, allows the printer to create prints in a fraction of the time necessary for single light systems. The blue light is used to switch the resin from a base state to a more excited state. When the red laser touches the excited resin in the blue beam’s path, the resin solidifies. The process is so fast that the researchers claim it is almost too fast to watch in action. The resin that reaches an excited state with the blue laser beam quickly goes back to a relaxed state once the beam is no longer interacting with the resin.

Relativity Space has been producing 3D printed reusable rockets for a while now, but the company has just created a new 3D printing system that greatly increased the size of the rockets they can print. Called Stargate 4th Generation metal 3D printers, the new technology looks to print the rockets on their side horizontally instead of vertically. The change allows the company to circumvent ceiling height restrictions that hindered the size limits of their older systems.

The new printer shows promise and can print at speeds 7-12 times faster than previous models currently being used by Relativity Space. The 4th generation printer is capable of printing objects up to 120 feet long and 24 feet wide, a significant size increase. The volume capacity of the new unit is 55 times greater than that of the 3rd generation unit that came before it. The system helps reduce print start time and cost and entropy for more consistent and reliable manufacturing, part count reduction, better print quality, and more efficient rocket systems through weight reduction.

With the technology to create such large and complex 3D prints, Relativity Space is also looking to expand its printing capabilities to create more than just rockets. They are currently working with a company designing a nuclear fission reactor—some of the components will be created using Relativity Space’s giant 3D printer. The company’s CEO said that they are also looking into other potential applications for the enlarged 3D printing technology.

3D printing in manufacturing and prototyping continues to evolve, and research looks to use the revolutionary technology in new ways. While we may be a ways out from scanning QR codes directly from our food, research aims to shape new ways of using 3D prinitng technology to tackle some of industry's ongoing challenges.