What does this technology offer and what advantages does it have over standard Ethernet?

HARTING America has announced a single pair of Ethernet cable that could see itself to replace the standard Ethernet system in industrial environments.

The Importance of Ethernet

Wireless technologies such as Wi-Fi remove the need for bulky cables, but can only support so many devices and therefore require multiple hub-points.

Wired communication technologies can be more promising for fixed machinery and systems, but they too have their disadvantages.

One major disadvantage of wired connections is the number of protocols that currently exist.

Since there is no “industrial standard” protocol across the board, equipment manufactured by different suppliers may use a variety of different protocols, which don't always communicate with each other.

Another disadvantage is that many protocols are designed for high-speed, such as Ethernet. But if the majority of data transmissions are simple, then the use of expensive high-bandwidth systems is lost. A new solution developed by HARTING may change the face of wired communication in industrial systems.

Since 2015, HARTING has been developing a new technology called Single Pair Ethernet (SPE) which, as the name suggests, supports Ethernet protocols over two wires.

Standard Ethernet connections require as many as 8 wires for data transmission but the new protocol only requires two. 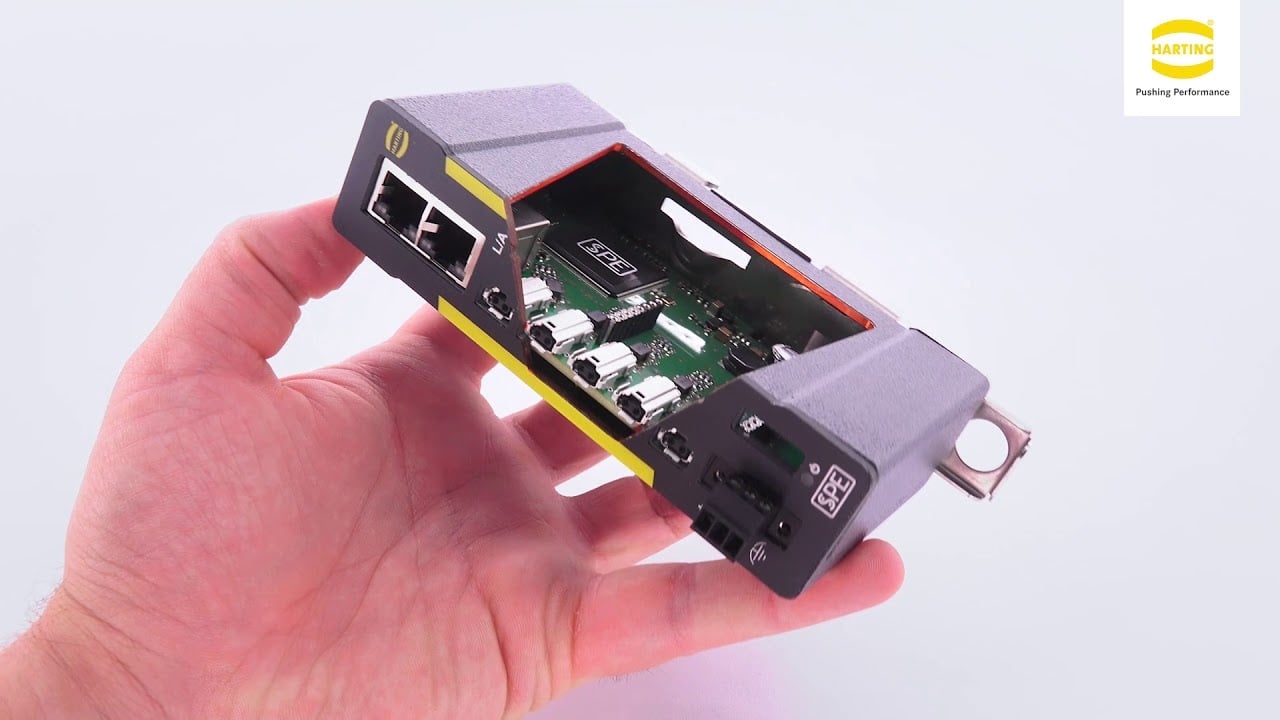 The main disadvantage of using a single twisted pair is available bandwidth with supported data-rates up to 10Mbit/s for long distances but can support up to 1Gbit/s for short distances.

Not only does the SPE system support Ethernet IP protocols over two-wires it also supports power-over-Ethernet which allows for the remote powering of IIoT devices such as monitor, sensors, HMIs, and controllers.

The reduction in wire count, as well as the ability to provide power, means that the HARTING SPE system has a reduced cable weight, has a higher cable density, and removes the need for end devices to be connected to a power supply.

The SPE system is available in different varieties depending on the environment; building cabling mates according to IEC 63171-1 and is suitable for M1I1C1E1 while the industrial variety mating method uses IEC 63171-6 and designed for use in environments up to M3I3C3E3.

The product range supports a variety of IP ratings from IP20 to IP67 and are available in metric variants from M8 to M12. 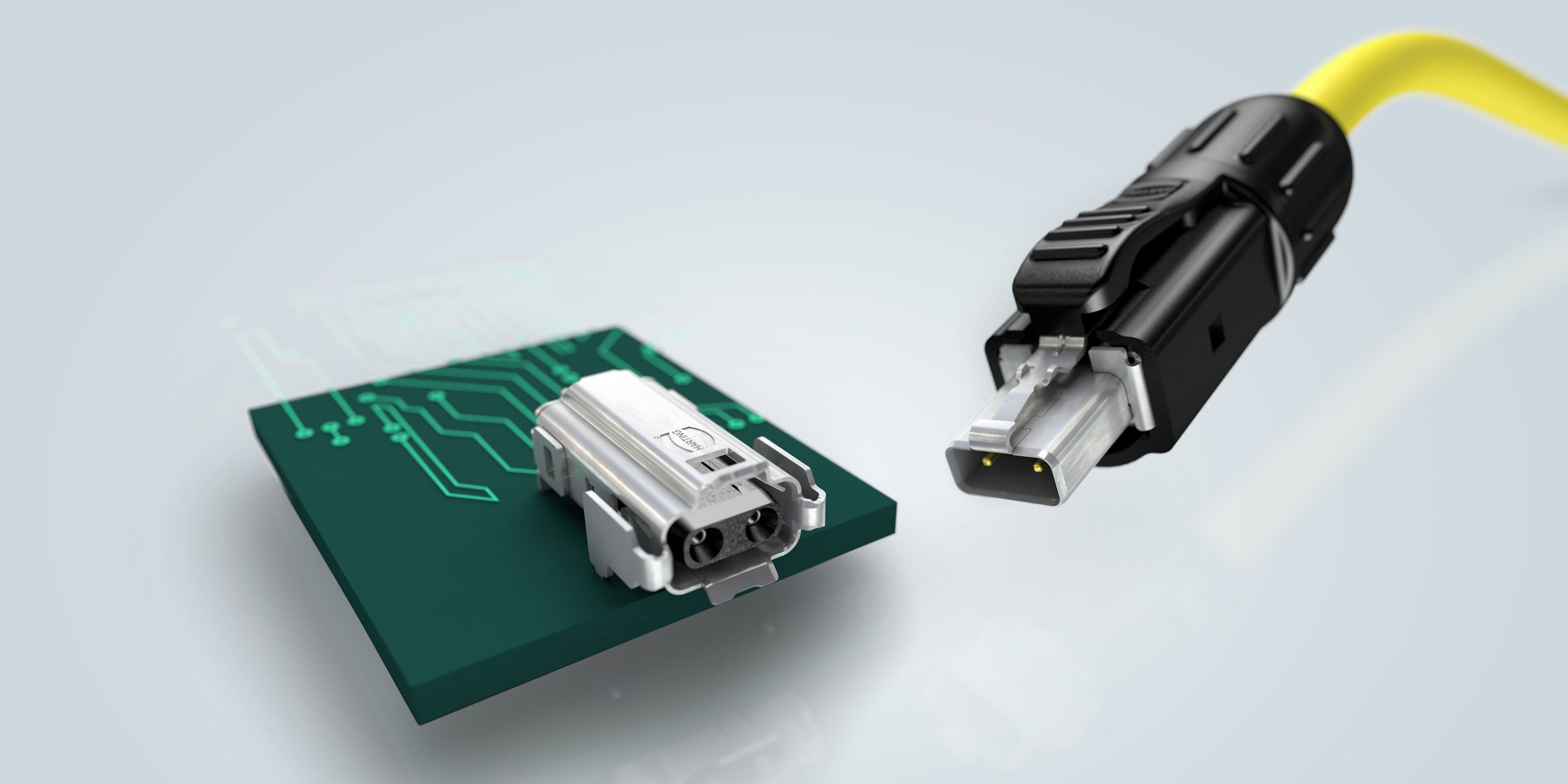 If industrial processes continue to become more advanced, it is critical that common network topology is used.

Creating hardware that follows a communication standard allows for engineers to create complex industrial processes without having to be concerned with conversion stages, APIs, and bridges that can be expensive to maintain and introduce system latency.

Since industrial processes are not reliant on high-speed connectivity but require integration of remote sensors into pre-existing equipment, SPE clearly provides a solution that will continue to drive the current industrial revolution.

Do you use single pair ethernet?