Baumer recently released two new profile sensors, the OXM200-R05A and the OXM200-R10A. Profile sensors read the surface profile (i.e., the heightmap) and deploy a laser that scans along a defined length.

The OXM200 reads profiles in the XZ axis (i.e., can read the object's length and its surface profile). The new sensors utilize a laser beam projected onto the target surface and then read back to record the profile.

This design integrates all parts of the measurement system into a single device without additional hardware.

The laser used on the OXM200 is a class 2 660nm red at 4.5mW, meaning that the laser is visible during operation. The laser beam size is 125mm when used at the reference distance and has a width of 400um.

Complex procedures can be required for calibration, positioning, and configuration when installing these sensors. The OXM200 range is preconfigured and calibrated to be used out-of-the-box.

The OXM200 range has an in-built web server, so they don't need an external controller. They work in conjunction with typical industrial systems such as PLCs. 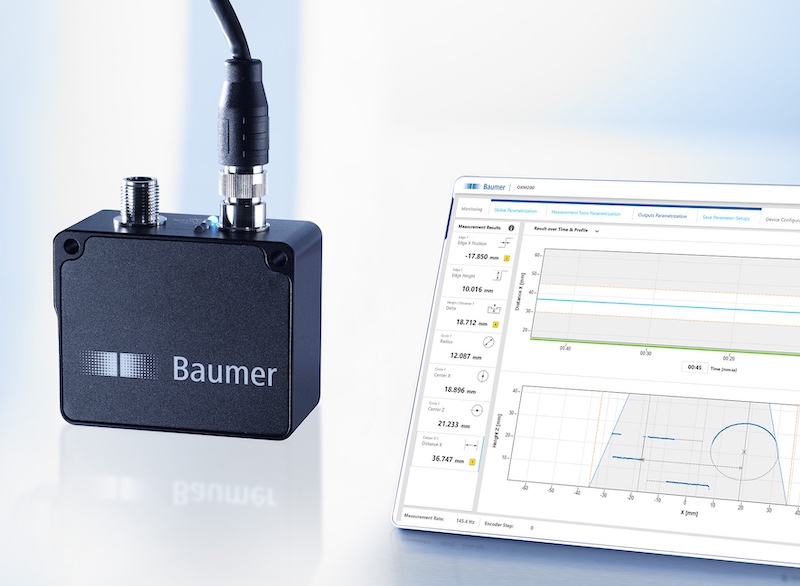 The OXM200 range of sensors. Image courtesy of Baumer.

Connecting to the OXM200 range is done via ethernet utilizing an M12 connector. This provides EMI shielding and power-over-ethernet, meaning the OXM200 is powered directly via a network connection. The ethernet connection supports various protocols, including Profinet, Modbus, OPC UA, UDP, and IO-Link.

Both sensors have an operating temperature range of 0°C to +45°C, a protection class of IP65, and can withstand ambient light immunity of up to 25kLux. This is important as ambient light can affect the operation of profile sensors.

Sensors Designed for Automation and Control

These sensors are used in automation environments and industrial control processes. For example, conveyor systems utilize sensors to check the surface quality of the produced items. They can then use it to reject those that don't meet the required specifications.

The sensors can also be used in robotics for collision detection; their fast speed of operation allows for quick responses to detected obstacles. 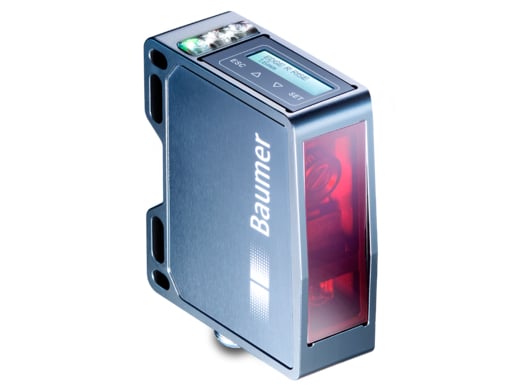 The use of profile sensors can also be applied for robotic precision positionings such as those found in robotic arms, pick-and-place, and machinery.

The sensors can work with a guide plate with a specific pattern so that an actuator can determine its distance to that plate. With the sub-mm precision offered by the OXM200 range, this can provide reliable positioning for intricate tasks.

Baumer OXM200 sensors can also function in surface profiling applications needing to ensure that a surface is free from irregularities and imperfections.