Take a look at these six different robots and how they are helping to increase the safety of workers by taking on hazardous and unsafe tasks, including ensuring environmental health and recycling electrical waste.

Robotics has excelled at automating industries' most dull and tedious jobs. Without tiring and without unforced errors, robots can outperform any human worker in both speed and accuracy in a variety of positions. Less thought of, however, is the role that robotics play in worker safety.

This article looks at some incredible examples of robots removing workers from potentially hazardous and unsafe situations. 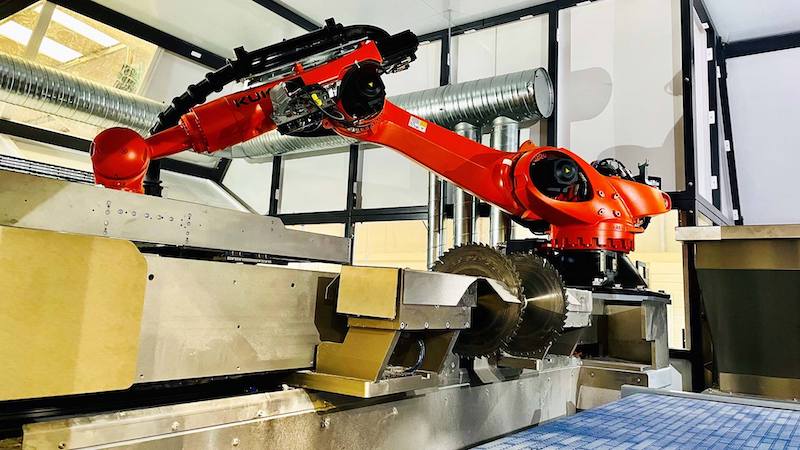 As the mountains of electrical waste grow worldwide, there has been a push to recycle and properly dispose of the valuable and dangerous chemicals in these components. Unfortunately, the process is hazardous for human workers because of materials such as mercury, pressurized gasses, and sharp edges.

To handle the sheer amount of waste and to mitigate the dangers, the Irish company Votechnik has incorporated KUKA's KR QUANTEC industrial robot into their recycling system. The robot can quickly and effectively sort and safely dispose of LCD TVs, keeping human contact with hazardous gasses, dangerous chemicals, and high-risk sharp objects to a minimum. 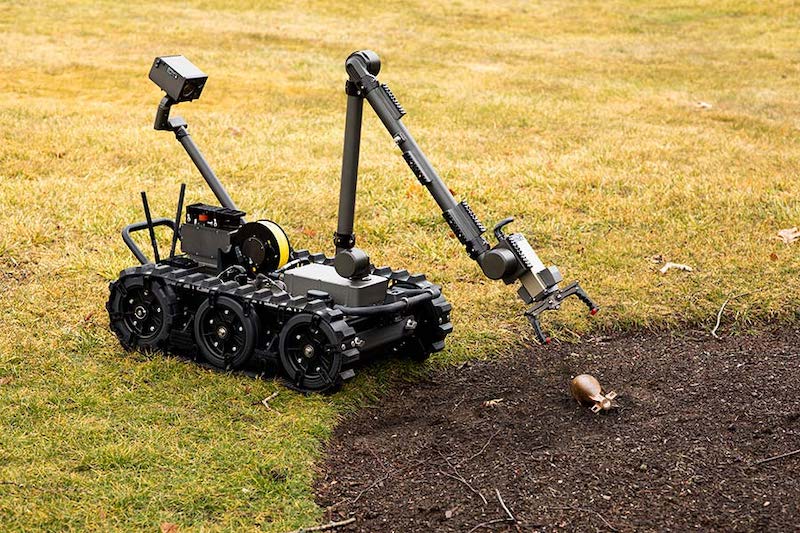 A famously difficult process, bomb diffusing may soon rely entirely on robotics. Teledyne Flir has recently expanded its contract with the Department of Defense, with an order of 500 new bomb diffusing and recognizance robots named Centaur.

Equipped with a mechanical arm, a camera, and various sensors, Centaurs can be un-crewed and remotely relay information to a military team up to a kilometer away, keeping humans safe from explosions and contamination. 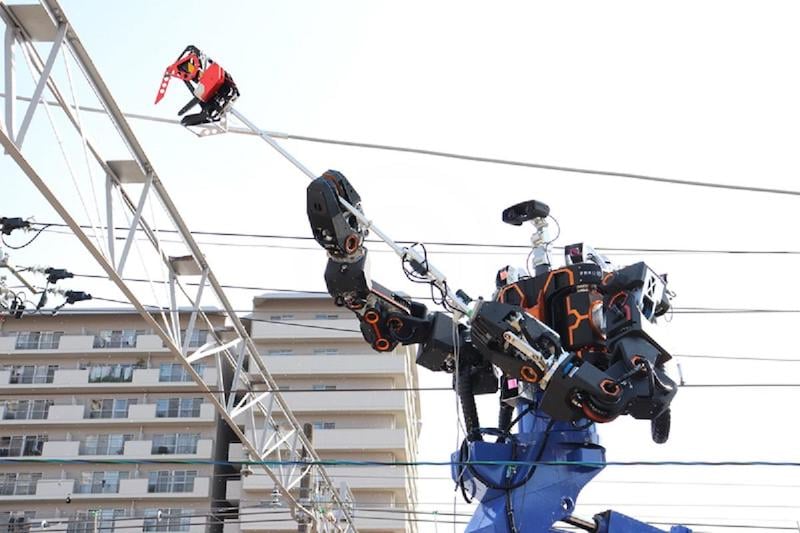 The West Japan Railway Company has announced its development of a humanoid, multi-functional, heavy equipment robot. As if from a sci-fi movie, the humanoid robot, attached to a train track and controlled by an operator, can handle maintenance and construction work, specializing in dangerous places.

Routine maintenance jobs posing risk to workers, such as inspecting faulty wires above train cars and other electrical jobs, will be completely remote controlled, reducing dangerous tasks for humans by roughly 30%. The railway company plans to adopt robotic technology in 2024. 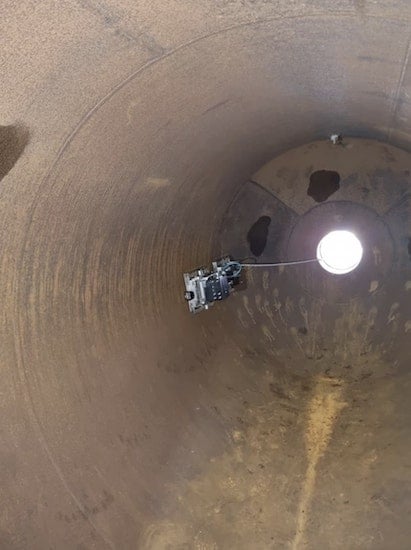 Pressure vessels worldwide and across industries require routine safety inspections which involve costly, time-consuming, and dangerous procedures carried out by humans. To solve these issues, Forth UK has developed the Chimera remote-controlled robotic system that can withstand the hazardous environments of industrial pressure vessels.

The Chimera robot reduces a multi-day process to a mere couple of hours while increasing the operator's safety. Split into two coupled units, Chimera affords the driver more flexibility while safely remaining outside the vessel. 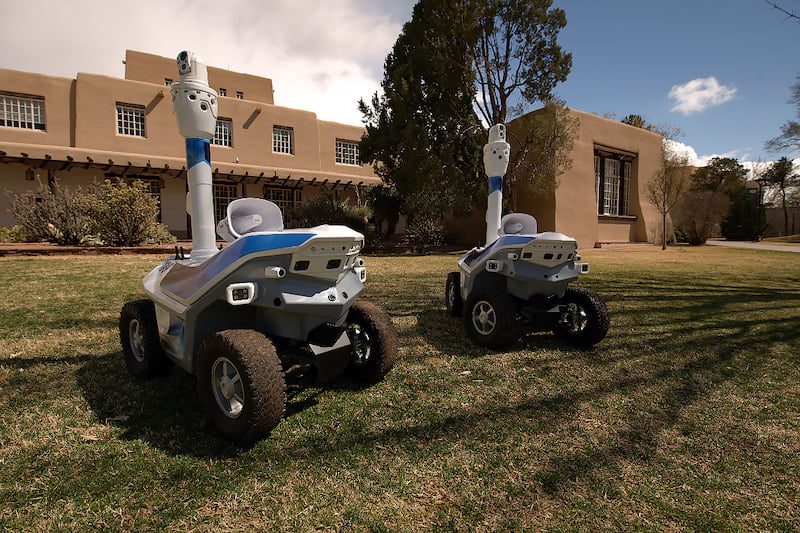 Based in California, SMP Robotics plans to tackle the security industry with its AI-powered autonomous security robots. As a novel security solution, SMP hopes to reduce liability, overhead, and human error from the ever-growing need for security.

Robotic guards are capable of patrolling 24/7 and are easily integrated into existing systems—they can even recognize faces from 50 meters away. Securing all types of facilities in both rural and urban areas, the SMP security robot aims to ensure the safety of all they guard. 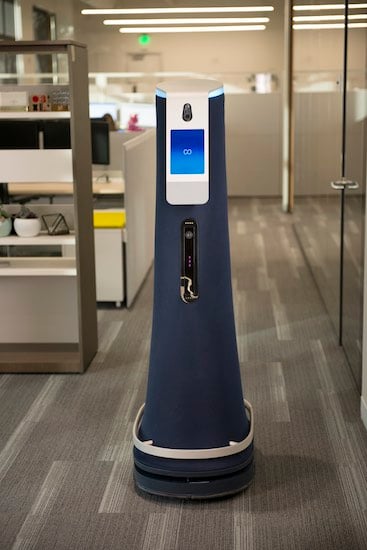 Cobalt robots are widely used for security, however, they also can be used for environmental health and facility management. Image used courtesy of Global Newswire

Widely known for their role in security, Cobalt robots also find use in environmental health, with the ability to monitor hazardous gas levels, potential "trip hazards," and even make sure every human has left a building in the instance of a fire.

Cobalt robots also find use in facility management. Cobalt describes their robots as the "roaming 24/7 Facilities Operators you always wish you had." These robots can be used to ensure that everything in facilities are running properly, whether it's detecting leaks or inspecting equipment with thermal cameras.