Learn about Emerson’s new Rosemount gas detectors and how they are designed to identify leaks of toxic gasses more quickly in harsh industrial environments.

Gas detectors play a critical role, especially in explosive and harsh industrial environments. When gas leaks, it can often go undetected, leading to an explosion or downtime in a facility. To combat this issue, Emerson just released their latest line of gas detectors, designed to detect toxic gasses quickly.

Emerson’s Rosemount 936 & 935 is an open path gas detector, meaning it uses a form of light to detect the presence of toxic gasses. 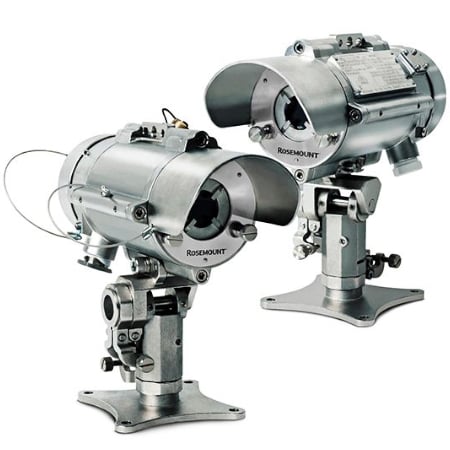 These styles of gas detectors are mainly used in the oil and gas industry, chemical, mining, and large-scale refrigeration facilities. Using an open path gas detector can protect surrounding workers and alert maintenance staff of the location of a leak.

The Rosemount gas detectors use a source and receiver style of gas detection. The source unit will send a specific wavelength of light to the receiver, and the receiver will detect an absorption level which will tell the system how much gas is in the operating area of the sensors.

This style of gas detection is less susceptible to fog, rain, snow, or even smog. Both the 936 and the 935 can withstand temperatures from -55 °C up to 65 °C along with heavy vibrations. Both these detectors are rated for harsh conditions that are typical of the oil and gas industry. They both have a voltage supply rating of 24VDC and are capable of a 95% humidity range.

The Rosemount 935 detector uses infrared technology to detect a wide variety of hydrocarbon gases such as; methane, propane, and ethylene. These gasses are highly combustible, so it is imperative that facilities that are processing or producing these gasses be able to detect them in the open atmosphere. 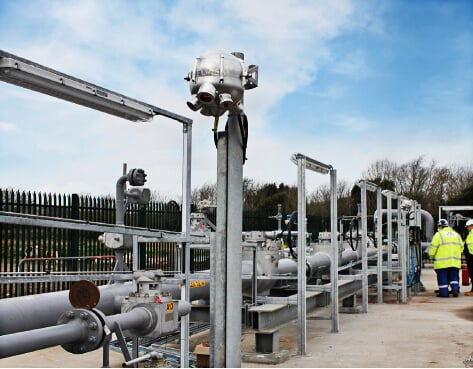 The Rosemount detector working in an industrial facility. Image used courtesy of Emerson

The Rosemount 936 uses ultraviolet technology to detect specific gasses such as hydrogen sulfide and ammonia. The 936 makes use of xenon flash technology to assist with installation.

A typical TDL (tunable diode laser) requires near-perfect alignment between the source and receiver. By using the Rosemount 936 and the xenon flash technology, installers can use nearly twice the alignment tolerance and save on installing time.

Using toxic or explosive gasses in hazardous environments is sometimes a necessity to provide our society with everyday products. It is up to the engineers and designers to ensure these products are being produced safely.

There are many gas detectors on the market that will detect the level of dangerous gasses within a room, but we also need to detect if these gasses have reached an area outside of the working facility.

Using an open path gas detector is a great way to ensure your plant is operating safely. According to the CDC, 22% of all fatalities are from explosions and toxic gas exposure. 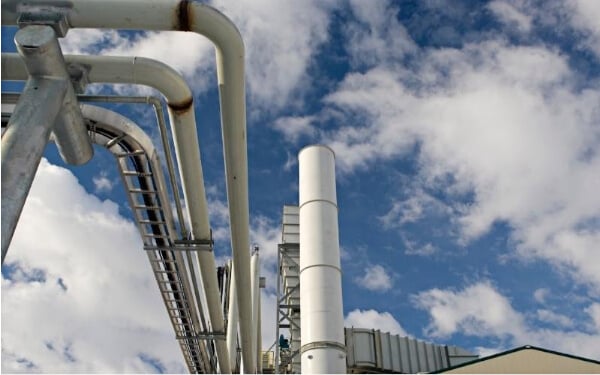 Emerson’s new Rosemount gas detectors can be used in environments as shown in the photo.

By using an open gas detector some of these accidents may have been avoided. Some gasses are not explosive but are toxic and are undetectable at toxic levels.

Hydrogen sulfides are dangerous at 100 ppm and ammonia can irritate skin, eyes, and nose at 130 ppm. While these gasses are not extremely explosive, they can cause asphyxiation at higher levels.

By detecting these gases in the open-air, maintenance staff can determine where a leak occurs and evacuate the area, keeping people safe. Emerson hopes this new gas detector will ensure more accuracy and safety in manufacturing operations.