ExOne, in partnership with Ford, has patented the automotive industry’s first process for binding, printing, and sintering aluminum.

ExOne and Ford have developed a process that opens up the opportunity to make many new shapes.

This process can make automotive parts from 6061 aluminum alloy through a 3D printing process instead of traditional casting and stamping operations.

In this 3D printing process, powdered 6061 aluminum is combined with a binding agent and printed layer by layer. The automotive designer is no longer limited to producing “castable” shapes or “stampable” panels.

The 3D printing process can be used to produce designs that would otherwise require multiple cores to cast, or would be physically impossible. It can also be used to add features to parts that would be difficult to stamp. 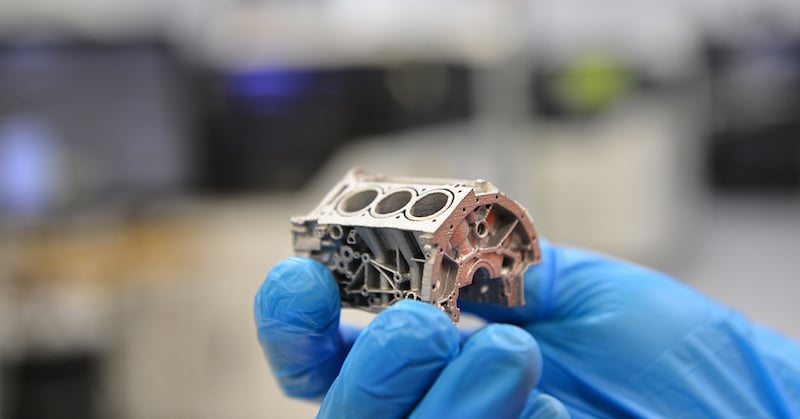 These “green” parts are placed in a furnace and heated to sinter (bond) the metallic particles together. The binder acts as a flux to lower the particles’ melting temperature to bond them (liquid-phase sintering). Or, the high temperature simply speeds up the bonding process (solid-phase sintering). After sintering, the part is 99% dense and nearly as strong as parts produced by traditional methods.

Casting, where metal is melted and poured into molds, either dies, sands, or ceramic investment. Casting techniques have been used for ages and can produce large, moderately-complex geometries, such as engine blocks, bell housings, transfer cases, and cylinder heads. However, prototyping and tooling design changes in casting can take a significant time investment. Hollow parts also offer challenges, as the inside “core” must be carefully designed to allow the liquid metal to flow around it without leaving voids but allow the core to be removed later.

Stamping is used to make large body panels, such as hoods, door shells, trunk lids, and fenders. Sheet steel is shaped by a hydraulic press and a set of dies during the stamping operation. Think of stamping like a set of cookie cutters; they are great for producing flat or lightly contoured shapes. 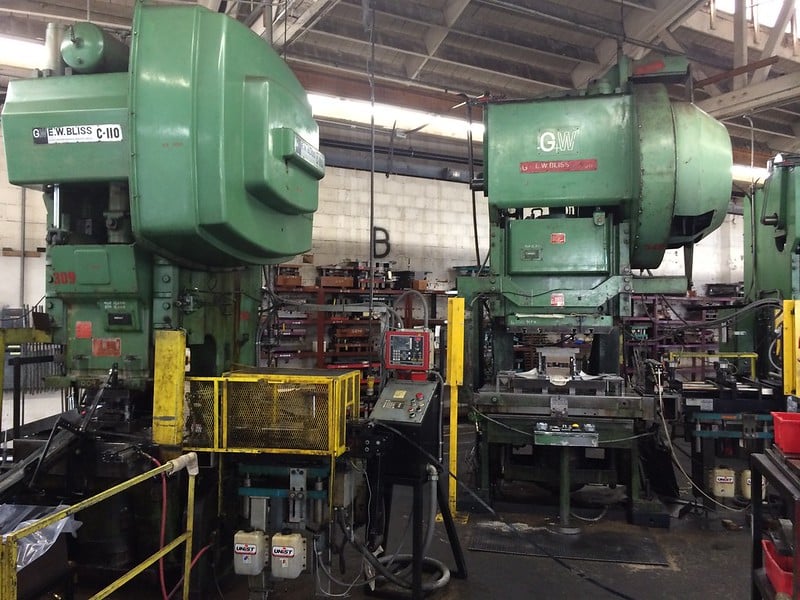 Rapid prototyping is also made possible through 3D printing. If an automotive designer needs to change a cylinder angle by half a degree, this would require redesigning the molds and cores for a casting operation. If they want to change the lines on a door panel, they will have to develop new dies for the stamping operation. Either of these seemingly large changes can be accomplished in software and sent to a 3D printer in an afternoon.

As easy as this sounds, the technology and methodology required for this 3D operation to be effective are quite challenging. The chemistry and ratio of the binder to metal powder are difficult to formulate. The binder must provide enough support so that the aluminum powder maintains its shape, but it must not shrink significantly during sintering.

The sintering time, temperature, and heating profile must be carefully controlled to burn out any organics, but not so slow that the binder flows before sintering occurs. Furthermore, the binder and metal powder must flow through the printer nozzle freely but controllably.

The Future of Additive Manufacturing

According to the Wohlers Report 2021, additive manufacturing continues to grow.

ExOne and Ford have patented a process that will allow for new geometries and rapid development of new ideas. The scalability to the volumes needed for automotive manufacturing could help control and automation engineers cut down on time; thus, improving the ability to work on bigger projects.

As this technology grows, lighter, more fuel-efficient vehicles could be possible. Soon, the aerospace and consumer goods industries may recognize the potential for new designs using similar technology.