Hexagon has developed a tool for speeding up the computer-aided engineering (CAE) process, specifically for companies that do not have spare CAE experts available.

The ODYSSEE-A Eye, used on the ODYSSEE platform, is designed to bring ideas to life more quickly than before by leveraging the power of image recognition and machine learning to develop quicker prototypes.

The ODYSSEE platform can bring multiple aspects of automation together. It is centered around machine learning, where the platform begins to notice patterns and makes decisions and designs based on those patterns. To feed this system, there is a significant amount of data mining and fusion that look for trends where a human may not.

Instead of data flowing only from physical sensors transporting numeric data, the image processing part of the platform brings in visual data, such as CAE files, drawings, and other machine vision data. 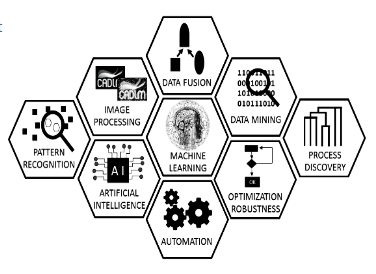 The ODYSSEE platform feeds into the pattern recognition and image processing part of this chart. Image used courtesy of Hexagon

Hexagon also released the ODYSSEE-A Eye platform. This platform uses advanced pattern recognition to match imagery with existing simulations and behaviors to speed up the process of modeling during testing and development.

How does it all come together? Suppose an automotive engineer wants to model how a new wheel will react to striking a curb. One option is to find someone to perform the finite element analysis (FEA) modeling, then build a prototype and test it, or they could use the ODYSSEE platform.

With this platform, the wheel parameters are recognized and can be adjusted, altering only the differences between the idea and wheels the system has seen before. Then, the wheel can be modeled mathematically before building the prototype. 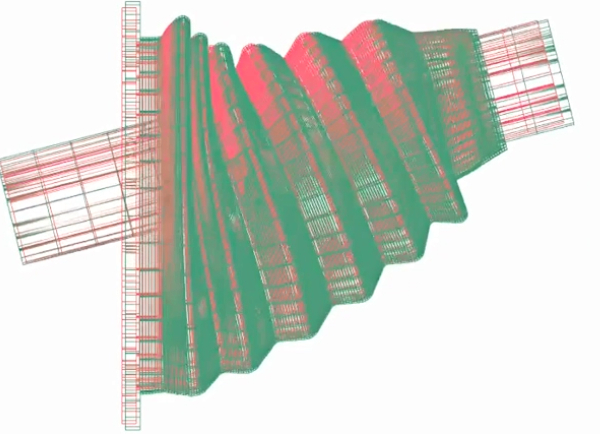 An axle boot under deformation, as modeled by the ODYSSEE platform. Image used courtesy of Hexagon

Perhaps a machinist is meeting with a client, and a design for a new part is reached. With this platform, the machinist can estimate the cost and the lead time it will take to manufacture the part. The machinist can do this without being an expert in FEA or CAE but by allowing the platform to perform the necessary calculations.

The Future with ODYSSEE

The ODYSSEE-A Eye can use AI, machine learning, and data mining/fusion and combine them with the visual data collected by a subject expert or sales engineer. This can be done with fewer CAE experts on staff, meaning customers can consult a sales engineer to design and test prototypes in simulation.

Ultimately, designs will go from a napkin doodle to a thoroughly-tested virtual twin for simulation to a prototype to production much more quickly than before. Hexagon is hopeful that this ease of use will become a reality with ODYSSEE and the ODYSSEE-A Eye.