Introducing the “Smallest PLC Ever” to the Market

Introducing the “Smallest PLC Ever” to the Market

Crouzet introduces the "slimmest PLC" to the industrial automation market. At only 17.5mm wide, the Millennium Slim is changing the way we think about control automation topology. 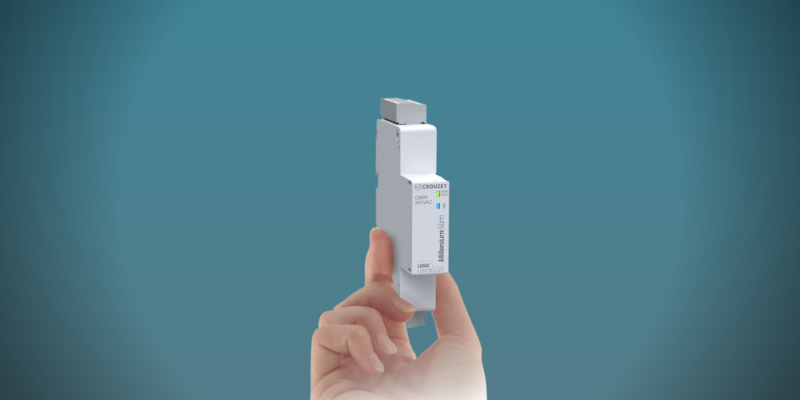 Technology over the years has gotten smaller and more compact, and the industrial automation world has also seen this progression. Just about every PLC supplier has a micro or nano version of their bigger counterpart.

Micro or nano PLCs are very similar to standard-size PLCs with a few key differences. A micro PLC will typically have embedded input and outputs—sometimes they will be configurable. The programming software will sometimes be free to use with a paid version option.

The overall size of the micro PLC will be quite smaller but still have impressive computing power. Some micro PLCs can even be connected with industrial communications or have the ability to expand the I/O. With the cost of a micro PLC being a fraction of much larger systems, it is not uncommon to find small systems being controlled with micro PLCs. 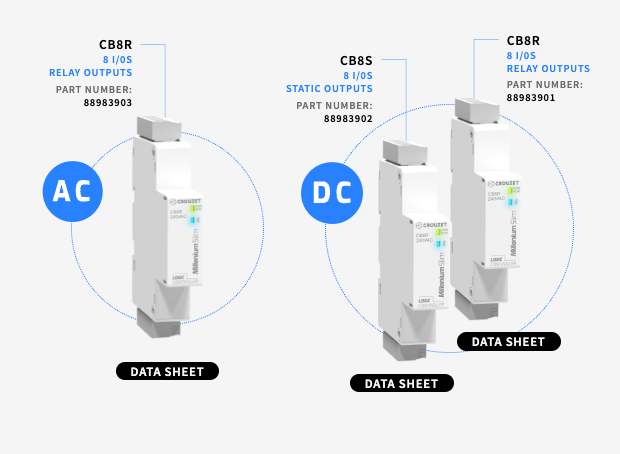 Crouzet is a global supplier of switches, sensors, electromechanical actuators, cockpit controls, automation controllers, and instrumentation services. They service the aerospace, energy, building automation, and machinery automation industries. Part of Crouzet’s automation controller product line is the Millenium Slim, a PLC that is DIN rail or panel mountable and measures only 17.5 mm wide.

The Millenium Slim comes in three versions: relay outputs (AC), static outputs (DC), and relay outputs (DC)—all three have four inputs and four outputs. The DC model inputs can be configured to be analog, high-speed counter, or PWM, and the DC static model outputs can be configured for PWM output or digital output. All the Millenium Slims have wireless, Bluetooth capabilities to connect to other controllers wirelessly or for transferring programs and monitoring features.

All the controllers have wireless, Bluetooth capabilities to connect to other controllers or for transferring programs and monitoring features. Image used courtesy of Crouzet

Where To Use A Micro / Nano PLC

These small PLCs are typically found in very small systems that don’t require much I/O and are limited to controlling only one motion device. With a PLC like the Millenium Slim, it would typically be used to replace a single-function device like a timer relay or temperature controller.

There is no expandable I/O for the Millenium Slim, but they will connect wirelessly to each other. A typical control system might have a controller and a large panel I/O rack that sometimes takes up more space than the controller by itself. By combining controllers, you can expand the functionality of the system without taking up more room within the electrical cabinet.

Some equipment builders are changing the way we think about the control system topology. Typically, an assembly line might have one large controller that is responsible for many operations on the line. This results in very large and complex code. By using a micro or nano PLC, you can break up the operations into many PLCs, then report back to one main PLC the status of each operation. This topology results in more PLCs that cost much less and use less space than one large PLC.