How are robots used in mining and how can this technology potentially be used in lunar mining?

It is believed that the moon consists of some of the same material as Earth. Some trace elements and rare earth metals in high demand on Earth are perhaps an untapped resource on the moon.

The big issue is the material must be mined on the moon. Transportation costs, the technology to perform the mining operation, and making habitable space for miners are all in the early stages of development. The University of Arizona (U of A) recently received a $500,000 grant from NASA and is currently developing autonomous vehicles to manage and perform the mining operations.

The grant was made available through NASA’s Minority University Research and Education Project Space Technology Artemis Research Initiative, as the U of A is a Hispanic Serving Institute (HSI). 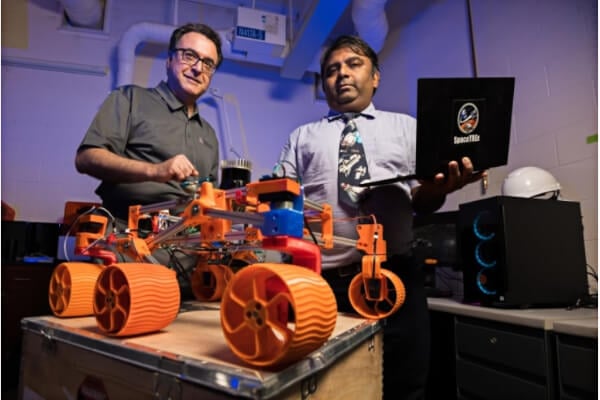 Any mining operation requires materials and equipment, most of which are heavy to transport. The U of A approach is to build equipment that can use and find resources on the moon and build what is required instead of transporting all of the equipment to the moon.

As easy as that sounds, consider that many mining, machining, and fabrication operations require water, which is scarce on the moon. If something breaks on Earth, engineers can order another part and replace it. On the moon, control and automation experts will be in short supply. 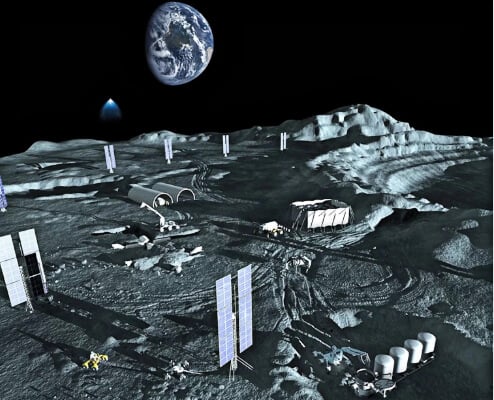 This is where autonomous mobile robots come into play. Ideally, robots will perform the mining, milling, building, machining, and repairing operations. Rather than sending robots to perform specific tasks, robots will be part of a swarm.

What is a Swarm?

Swarm robotics, or swarm autonomy, is inspired by biology. For example, in an ant colony, there are different tasks such as gatherers, soldiers, maintenance workers, etc. If the soldier ants battle an enemy ant colony and lose 90% of their soldiers, the ant colony adapts, reassigning other ants, developing them as soldiers to balance out the jobs. If the ant colony gets dirty, some of the other ants may be assigned to maintenance tasks.

Now think of that example with robots instead of ants. With swarm robotics, a fleet (or swarm) of robots can be dispatched to perform multiple tasks. If a certain task requires more robots, the swarm will autonomously adjust, reassigning robots to the new task.

Imagine a moon lander has deployed several hundred small, autonomous robots that are part of a swarm. At first, the focus may be on locating resources and building essential systems. Once the essential systems are online, those robots may be reassigned for optimizing mining operations.

If each robot required new programming or were geared towards a specific purpose, far more robots would be required, and after their tasks were completed, the robots would become idle. With a swarm, robots can be reassigned as needed.

Swarm robots are not the entire solution to mining on the moon. Traditional terrestrial mining requires heavy equipment, water, diesel engines, and many other components not available on the moon.

Explosives may be the key to getting the energy density required for mining and excavation.

A small amount of an energetic material can release lots of energy very quickly. This will be more efficient than trying to transport mining machinery to the moon or build all of the components on the moon- at least initially.

The biggest problem with energetic materials (explosives) is figuring out how and where to manufacture them.

The Future of Mining

Many energetics require organic compounds, unavailable on the moon. However, manufacturing energetics and then transporting them on a rocket could be exceptionally dangerous.

Lunar habitation will require lunar mining. Many technologies will still need to be developed before we send humans to live on the moon. However, U of A has begun developing these robots and the techniques that could help with Earth and moon mining.