While drones are commonly used for imagery, videos, and inspections, advancements are being made in swarm technology that can make them useful for other industrial tasks.

What is Swarm Technology?

In the context of this article, a swarm is a group of drones with a common overarching goal (or task) that they are cooperating to achieve. 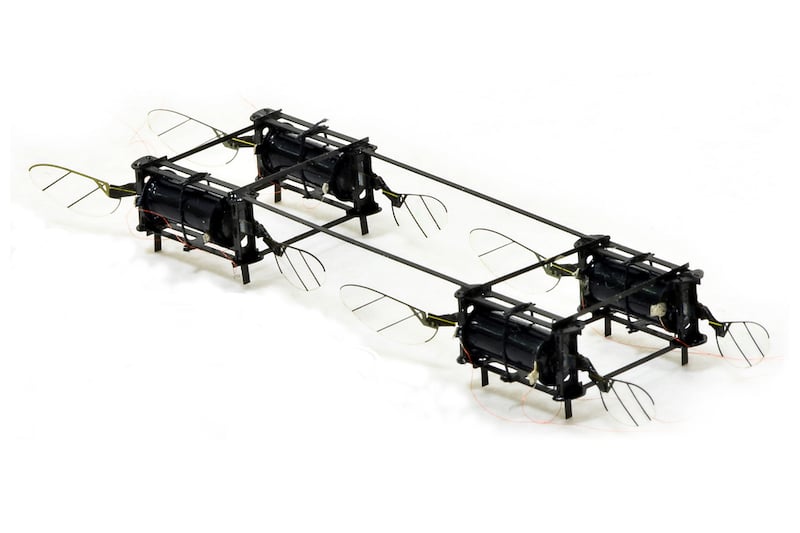 MIT’s latest aerial drones are tiny and engineered to mimic the physics of insect flight. Image used courtesy of MIT

During the task’s process, each drone adjusts its speed and movement to coordinate with its neighbors (much like a flock of birds) so that collisions are avoided. Because these decisions and reactions are performed at the individual level rather than via centralized coordination, far less processing is involved. This, in turn, leads to fast and effective reaction times that are more efficient, optimized task completion.

There are a variety of algorithms for motion planning that can optimize paths and effectively implement obstacle avoidance. Aerial motion planning, especially for a drone swarm, can pose significant challenges beyond those faced by an autonomous system on the factory floor.

Drones are already being used for various commercial and industrial purposes, such as the senseFly eBee Classic for mapping and surveying or the Parrot ANAFI USA for public safety. There is also the Flyability Elios 2 and the DJI Matrice 300 RTK for indoor and outdoor inspections, respectively.

Even when used outside of a swarm, drones are highly effective at various tasks in an industrial setting. Consider, for example, high-mounted cameras: While they can obtain an overall image (which could be visual, thermal, or infrared) of a specific area, they are limited by anything within the field of view.

Drones, on the other hand, can quickly obtain a far more comprehensive image. In a factory setting, both drones and AMRs (autonomous mobile robots) have obstacle avoidance detection and path optimization algorithms that make them both safe and efficient.

However, when used in swarms, drones are more efficient and responsive to changes in the environment than AMRs. Furthermore, AMRs may have preprogrammed routes that may require substantial reprogramming if needed for a different task type.

When drones are used in swarms, they often look quite different from commercial drones used for imaging and inspection. For example, the Fraunhofer Institute for Material Flow and Logistics (IML) recently announced their development of swarm-technology drones named LoadRunners. The LoadRunners have a 3D triangular truss connecting two flight drones, and their design allows them to sort and transport items weighing up to 30 kg in stand-alone mode. The LoadRunners can be used in swarms to rapidly sort and transport packages. 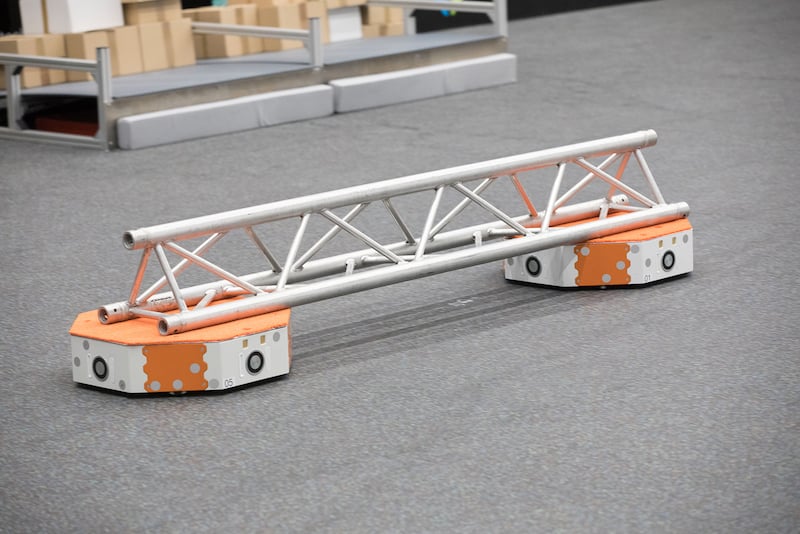 These drones are designed for industrial use in warehouses, factories, and similar environments where swarms can be tasked with sorting and transporting items. Image used courtesy of Fraunhofer IML

Another example is MIT’s small aerial drones, whose design is based on insects, unlike Fraunhofer’s truss-based design. Their small scale and high speeds allow them to maneuver in crowded conditions that would be impossible for other drones. Instead of motors, these tiny drones use piezoelectric activators with soft actuators comprised of carbon nanotubes to drive their insect-like wings, making them lightweight and able to recover from collisions with minimal damage.

Swarms of drones are already showing great promise in accomplishing tasks involving autonomously sorting, moving, and transporting items as well as remotely performing inspections and equipment evaluations. Engineers are actively looking at ways to reduce the size and weight of drones, increase payloads, and enhance their ability to respond to rapidly changing environments.