The machines feature a number of safety capabilities and are compliant with the international safety and robotic standards ISO 10218-1 and ISO/TS15066. Mitsubishi also said the launch of the news robots is also timed to meet the needs for the adequate distancing of workers in manufacturing sites caused by Covid-19.

Together with the MELFA ASSISTA series, Mitsubishi also released RT VisualBox, a new engineering software product designed to facilitate the deployment of the new machines. 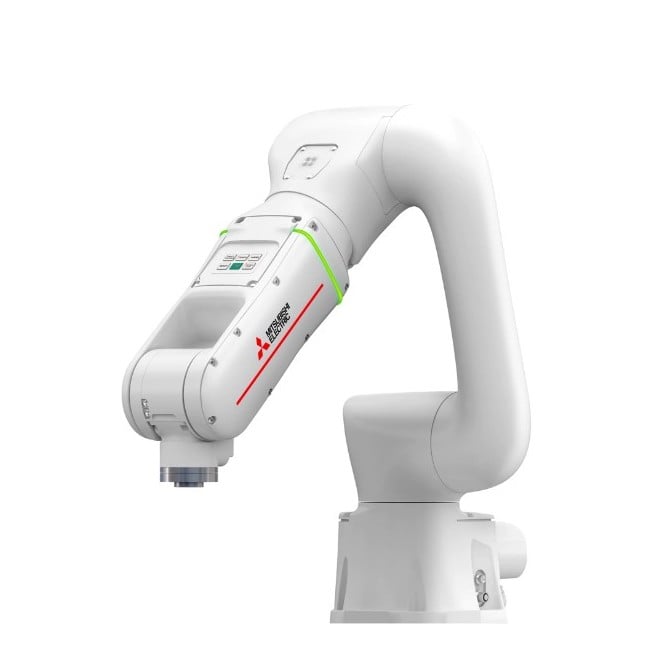 Cobots applications are on the rise in a variety of industries, and several robotics manufacturers are now increasing their efforts towards the development of these machines.

Mitsubishi’s MELFA ASSISTA series is developed to tap into this market and aims to simplify industrial production, as well as reducing the total cost of ownership (TCO) of robotic manufacturing systems.

To this end, these 6-axis movement robots have a load capacity of 5 kilograms, and their movements can be taught and recorded via a dedicated control panel on the robot arm. 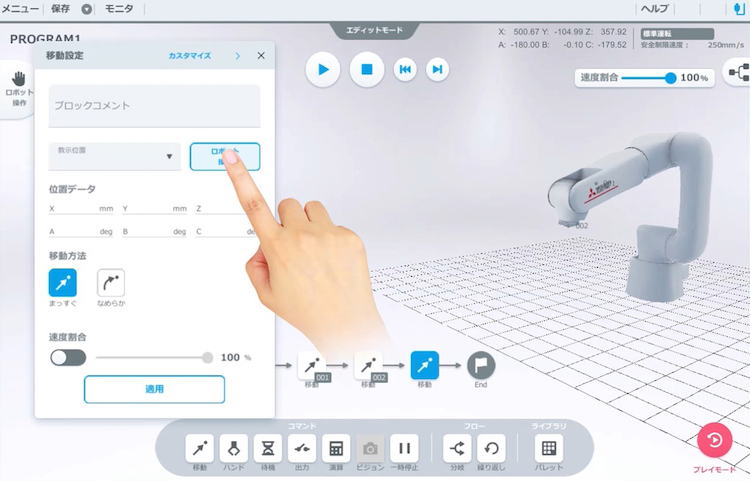 By eliminating the need for separate teaching boxes required for the functioning of some cobots, the MELFA ASSISTA series facilitates the learning process and reduces the required space on site.

Additionally, the robots’ control panel is designed to be as intuitive as possible, featuring a reduced number of buttons to allow operability from personnel without a deep technical knowledge of collaborative robots. The MELFA ASSISTA machines also operate without the need for conventional monitoring devices, as they have a bright LED light that uses different colors to indicate the status of the machine.

These block diagrams include the robots’ basic movements, but also connections with external devices such as electric grippers and cameras.

Mitsubishi has not yet released a full list of compatible components, but the company said the lineup of certified companies and connectable devices will be expanded to enhance the applicability of the MELFA ASSISTA series in the upcoming months.

In terms of applications, the Japanese manufacturer has not specified what industries the new cobots will be deployed in.

However, given the machines’ positioning accuracies of ±0.02mm (0.007 in) and a reach of 900mm (35.43 in), it is understood they will be useful in a variety of industrial scenarios, including electronic, automotive and pharmaceutical.

Mitsubishi also said the MELFA ASSISTA series robots can optionally use NSF H1 food-grade lubricant approved by the U.S. National Sanitation Foundation, hinting at a use of the machines in the food & beverage production industry.

The company is planning on selling its first 1,000 units by May 2021. You can check out Mitsubishi’s latest series of cobots and their technical sheet.

What do you think about the MELFA ASSISTA cobots and will you be using them in your business?