Cognex Corporation is known around the world for its industrial vision systems. Adding to its product lineup, Cognex is now offering a new product in its series of industrial-grade barcode readers and a modular vision tunnel utilizing edge intelligence for enhanced logistics operations. 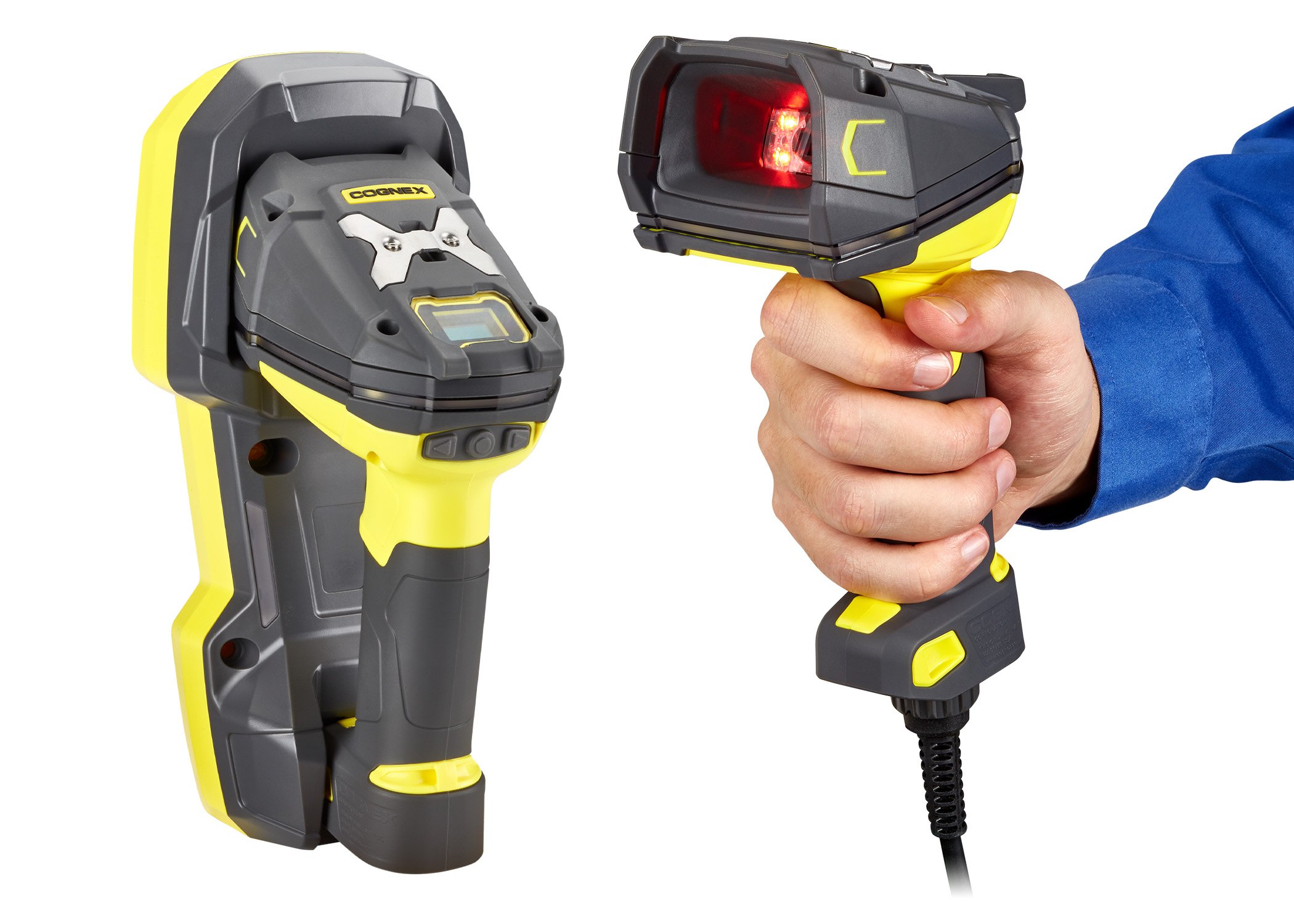 Most barcode readers used in an industrial automation setting are fixed-mount readers, requiring no operator intervention. This prevents damage due to the environment or falls due to operator mishandling but does require the barcode to be in the same position on every part. Cognex's Dataman 8700 series handheld barcode readers are similar to other Dataman series handheld readers, only with a much tougher exterior.

The 8700 series has an IP67 rating which means it can be submerged in one meter of water and is oil resistant according to the ISO 16750-5 oil specification. This series of readers can withstand falls of up to 2.5 meters on concrete. Included with this series is an OLED display to aid in setup, troubleshooting, and informing operators of successful reads.

These settings would typically require a PC connected to the reader temporarily during the integration phase. The communication protocol was also upgraded to a Bluetooth 4.3 or corded option, both support many industrial protocols reducing the need for additional communication devices. Included with the 8700 is Cognex’s advanced decoding algorithms and liquid lens technology.

The newest addition to the series is the Dataman 8700LX for use with label-based codes. 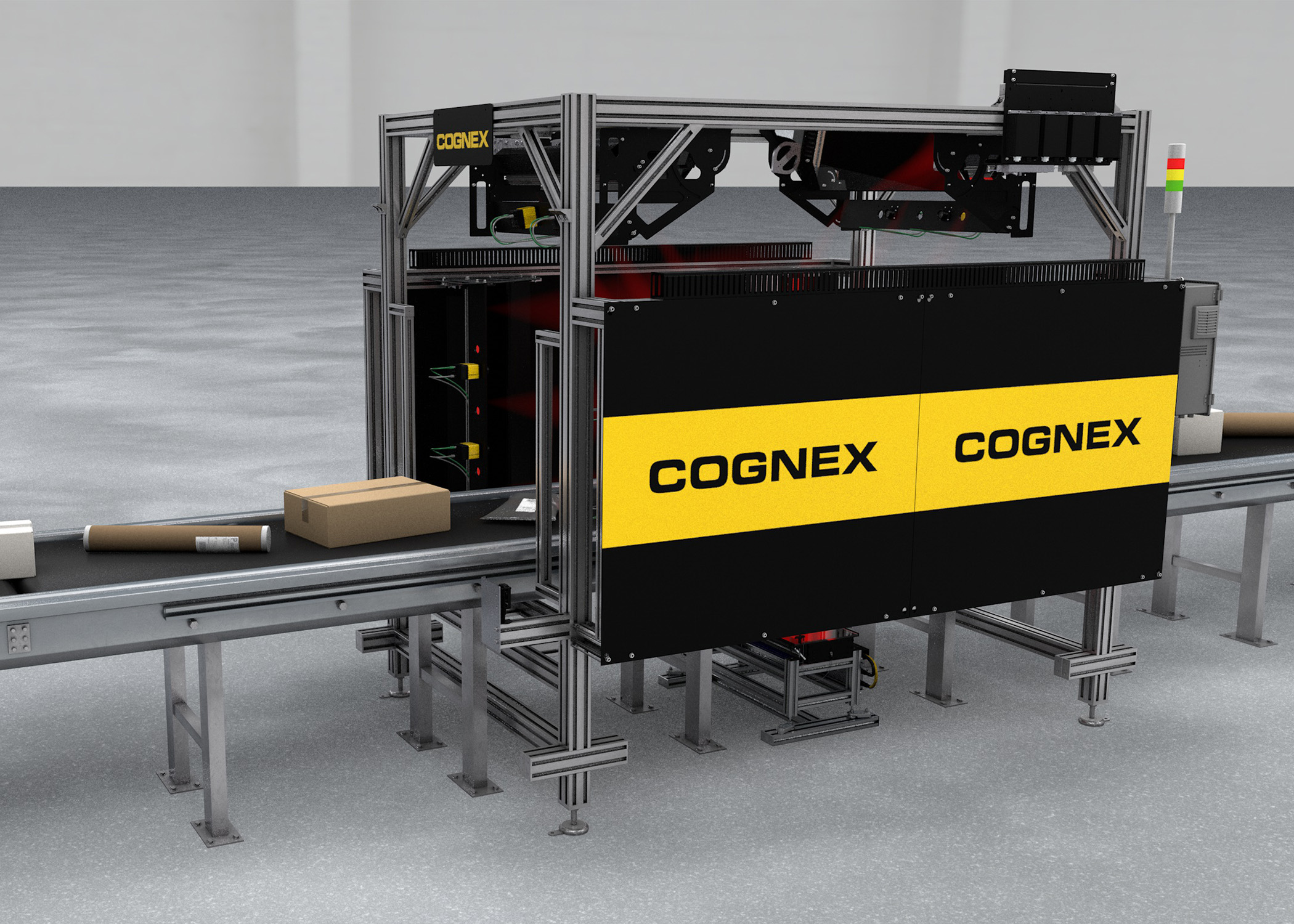 The logistics industry has been pushed to the limits over the last few years with online shopping increasing. All the packages shipped from warehouses need to be tracked through the process—this requires barcodes to be generated, applied, and read into a data-tracking system. Cognex, which produces many different styles of barcode reading devices for industrial automation, has recently released a fully integrated inspection tunnel. 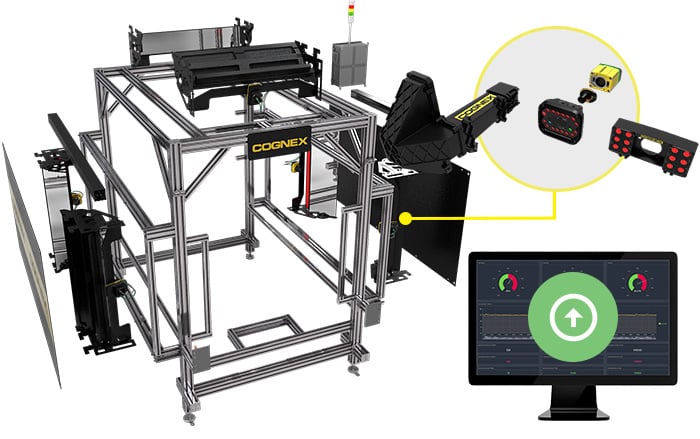 The tunnel consists of five and six-sided modular tunnels which feature the Dataman 470 fixed barcode readers. These readers make use of Cognex's advanced decoding technology and inspection algorithms and can produce inspection results of 99.9% read rates.

The tunnel comes pre-built and pre-configured. Once powered on, the system can be fully integrated within a day. The systems can be customized by adding or repositioning cameras, modifying lighting, or upgrading to the newest barcode reading technology. Each tunnel installation also includes Cognex’s Edge Intelligence (EI). 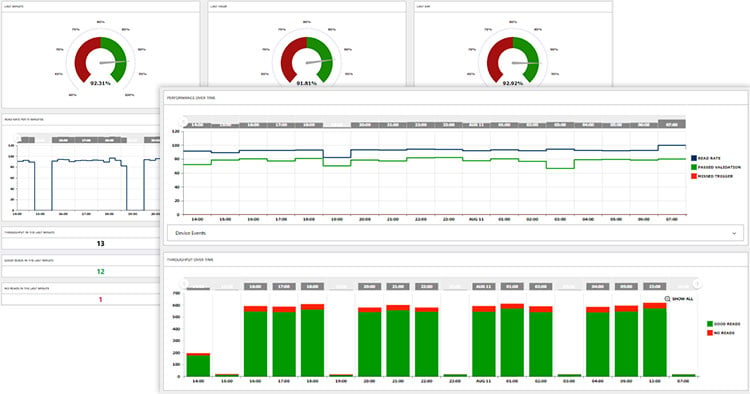 Cognex's Edge Intelligence collects data that can be used to track and predict issues. Image used courtesy of Cognex

Barcodes today contain more data than just a string of numbers. Barcode readers are also more powerful and can collect data about each barcode that is scanned. Storing or managing all this data can be quite complicated. With Cognex’s Edge Intelligence system, Cognex devices can be connected together, and in a few minutes, the data from these devices can be collected for further analysis.

The EI software can be accessed via web browser on any device that is connected to the same network. Once connected, the user can make use of EI’s dashboard to track issues and predict when to take corrective action. Not only can data be collected from Cognex devices, but images from these devices can also be collected in a secure manner or passed on to an industrial control data system.

Founded in 1981 in Massachusetts, Cognex provides its customers with machine vision systems, software, and sensors. With the latest additions to their products and the use of edge intelligence, Cognex aims to continue providing quality products to its international customer base.