More Manufacturing Efforts Shift to the U.S. as Reshoring Continues

More Manufacturing Efforts Shift to the U.S. as Reshoring Continues

Who are some of these major industry leaders and what are their latest efforts in reshoring operations in the United States?

Reshoring, or moving manufacturing efforts back into the United States, continues to be a popular move for new or expanding companies in industry. Earlier this summer, ​​Taiwan Semiconductor Manufacturing Company (TSMC) announced plans to move a new semiconductor plant from Taiwan into Arizona. TSMC isn't the only company leading these efforts. Recently, Intel announced a 3.5 billion USD expansion to their manufacturing facility in Rio Rancho, New Mexico.

Reshoring efforts in the U.S. continue as Kawasaki opens a new robotics facility, JMA and Ericsson manufacture 5G devices in the U.S., and the U.S. Government pours more money into biopharmaceutical manufacturing efforts. This article will discuss their efforts and what the companies hope to gain with their latest funding and expansions.

Kawasaki Robotics recently broke ground for a new addition to their Wixom, MI, facility. The company has been building automation robotics since 1968 but established its United States presence in 1990. 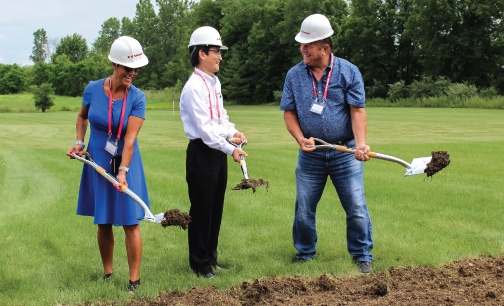 By expanding their facility in the United States, they are recognizing a need to expand the market for automation in the United States. This expansion is co-located with their training center, and they hope to establish Wixom as the automation hub of the region and bring more robotic efforts to U.S. manufacturing.

Another company that is reshoring is JMA Wireless. JMA Wireless joins Ericsson and COMSovereign in developing and manufacturing 5G products in the United States. Based out of Syracuse, NY, JMA Wireless is aiming to be the lead supplier of domestically-produced 5G devices. 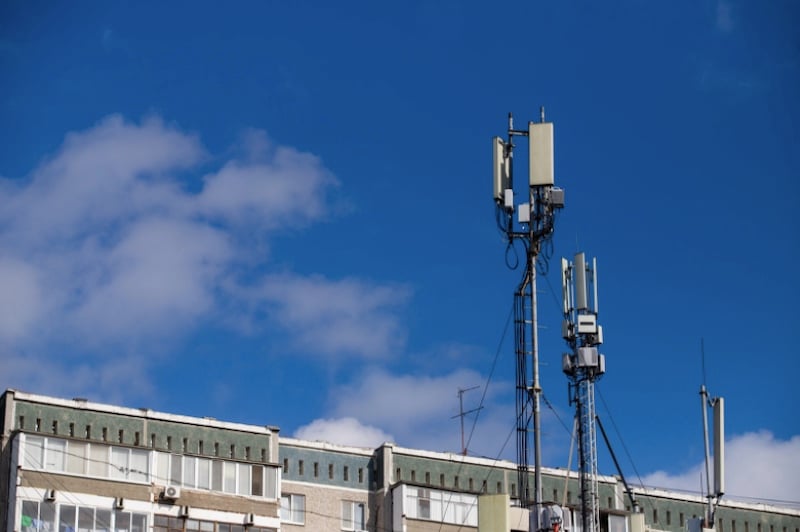 A 5G module in an industrial facility.

"It's been almost two decades since the U.S. had a wireless champion in terms of network infrastructure," mentioned Bill Plummer, JMA's SVP of communications and external affairs.

JMA Wireless just completed the construction and design of a large manufacturing center in Syracuse to produce the 5G devices. The need for domestically-produced 5G devices is expected to increase as the U.S. Military begins using these devices in their tactical equipment. For security reasons, these devices will need to be manufactured in the United States rather than imported. JMA specializes in network security and 5G radio transmitters specifically designed for indoor use, both of which are technically challenging.

While private industry has taken notice of the advantages in reshoring, so has the United States Government. Recently, the U.S. Department of Commerce's National Institute for Standards and Technology (NIST) has made 153 million USD available for developing biopharmaceutical manufacturing in the United States.

The U.S. Secretary of Commerce, Gina Raimondo, announced at the annual meeting of the National Institute for Innovation in Manufacturing Biopharmaceuticals (NIIMBL). Of the 153 million, 83 million comes from the American Rescue Plan, and are geared towards mitigating and preventing the spread of infectious diseases, such as COVID-19. 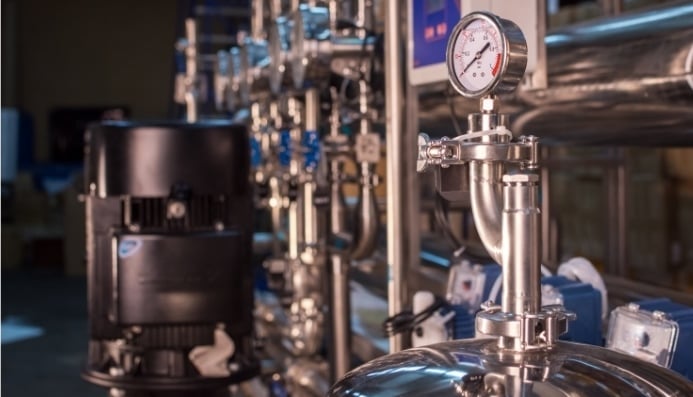 Pharmaceutical manufacturing equipment being used in a facility.

NIIMBL is a public-private partnership between government and pharmaceutical companies to produce vaccines, treatments, and gene therapies. Raimondo also stated, "I am so pleased that NIIMBL will continue to bring together organizations of all types to help strengthen our nation through better pandemic preparedness and a more agile manufacturing industry."

During the COVID-19 pandemic, research, development, and manufacturing produced a vaccine in record time. The funding received by NIIMBL is designed to make this a sustainable process rather than a one-time emergency run. By doing so, hopefully, any potential future pandemics will be met by an industry with the expertise and capacity to develop and produce treatments quickly.

Overall, various manufacturing companies are finding unique advantages in terms of workforce, market, and available funding when they reshore to the United States. As the U.S. recovers from the pandemic and the population returns to work, it's likely that new markets and more skilled labor will be brought to these industries.

Where do you see reshoring going in the next several years? Is your company planning to bring operations to the U.S.?