A Closer Look at U.S. Reshoring Efforts in Semiconductor Manufacturing

A Closer Look at U.S. Reshoring Efforts in Semiconductor Manufacturing

With its delicate supply chain, the semiconductor industry and its companies are finding innovative ways to reshore manufacturing.

While the world still recovers from the COVID-19 pandemic, a new storm is on the horizon. With its detrimental effects on people, production, transportation, and the economy, the pandemic has exposed the vulnerability of supply chains. In the pre-COVID world, the average consumer did not worry about running out of chicken, beef, computers, or toilet paper, but many folks now return home with only part of their grocery list checked off.

Once the semiconductors are produced, they need to be shipped to the customers. Right now, there is more demand from the customers than supply from the factories. Several reasons for the delay include labor and supply shortages due to COVID-19, a fire at a large semiconductor plant in Japan, and the Suez canal blockage.

There is also an increased demand for semiconductors that is a big contributor to the current shortages. As meetings become virtual, schools purchase millions of laptops and tablets to issue to their students, and homes and businesses upgrade their wireless infrastructure, the demand on the semiconductor market has likely never been higher. 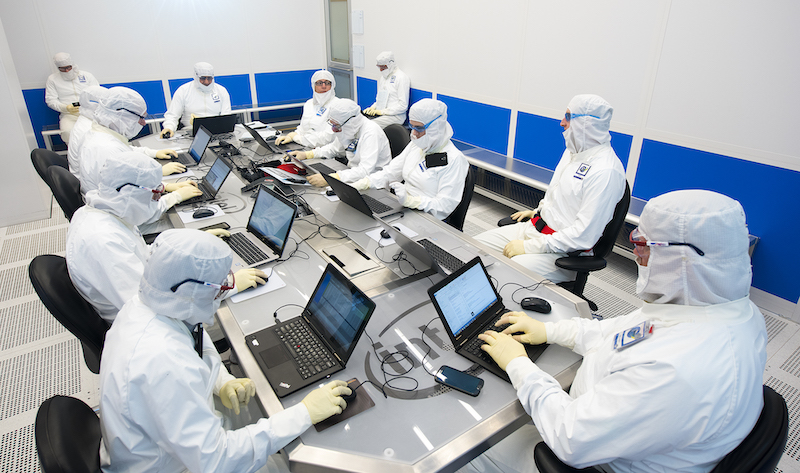 Technicians wear a “bunny suit,” complete with facemask and gloves, and work in an extremely sterile “clean room” with some of the best air handling systems available. Image courtesy of Intel

The shortage of semiconductor chips has become an issue of national security. While most of the specific defense-related chips are manufactured in the United States due to International Traffic in Arms Regulation (ITAR) restrictions, other components used in the defense industry are not. For example, the chips that serve as the guidance system for a missile will likely be manufactured in the United States, but the memory modules on the same board may not.

Because of the disruption to the supply chain for both the average consumers and the defense industry, the Biden-Harris administration has placed special focus on “reshoring” this type of manufacturing.

Reshoring is moving industry from overseas to the United States. With reshoring, the administration believes they can remove some of the variability of the supply chain, making it more resilient and reliable in the future. Currently, 80% of all semiconductors are manufactured in Asia due to the lower labor and environmental costs, as well as heavy subsidies provided by their governments.

According to a White House press release, President Biden has signed an Executive Order allowing the government to work with manufacturers to assess supply chain weaknesses and vulnerabilities, as well as propose solutions for fixing these potential issues. Also, nearly $54 billion in federal subsidies has been made available for improving the semiconductor industry.

The Department of Defense (DoD) is also strengthening the supply chain by expanding the largest, non-Chinese, rare earth mining company. These rare earth elements are used in batteries, capacitors, strong magnets, and other components used in electromechanical devices.

What Semiconductor Manufacturers are Doing to Reshore

Besides the government, the Taiwan Semiconductor Manufacturing Company (TSMC) has plans to “offshore” a new semiconductor plant from Taiwan into Arizona. According to Reuters, TSMC has invested $12 billion to build this plant and hopes to compete for federal semiconductor subsidies as well. Long term, TSMC says they would like to build up to six factories over the next 10-15 years. 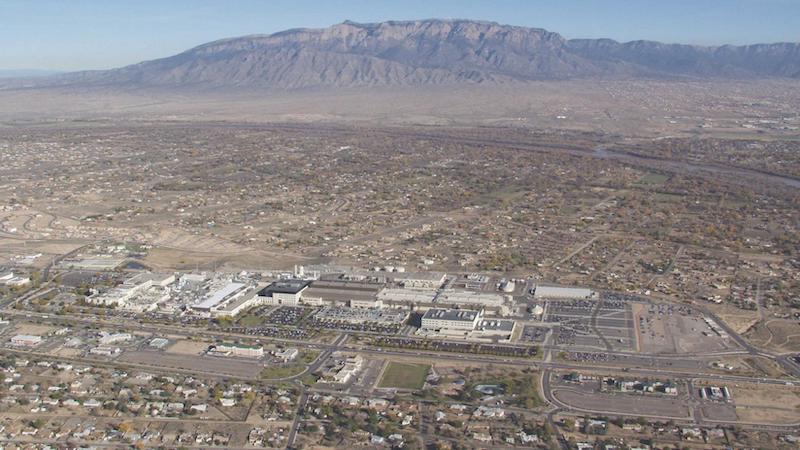 TSMC is not the only semiconductor manufacturer bringing jobs into the United States. Intel, which has factories in Oregon, Arizona, New Mexico, Ireland, Vietnam, China, Costa Rica, Malaysia, and Israel, is looking to expand its U.S. manufacturing capabilities. Recently, the company announced a $3.5 billion expansion to their Rio Rancho, New Mexico manufacturing facility.

The COVID-19 pandemic has exposed the fragility of some important supply chains. As the world recovers, there is the opportunity to prepare for the next supply chain shakeup, be it from cyberterrorism, viruses, or natural disasters.