Recently, Renesas experienced a fire in their Naka semiconductor factory in Hitachinaka, Japan.

There were no reported fatalities or injuries, though the fire damaged 17 machines, halting the 300 mm wafer production lines for at least a month. 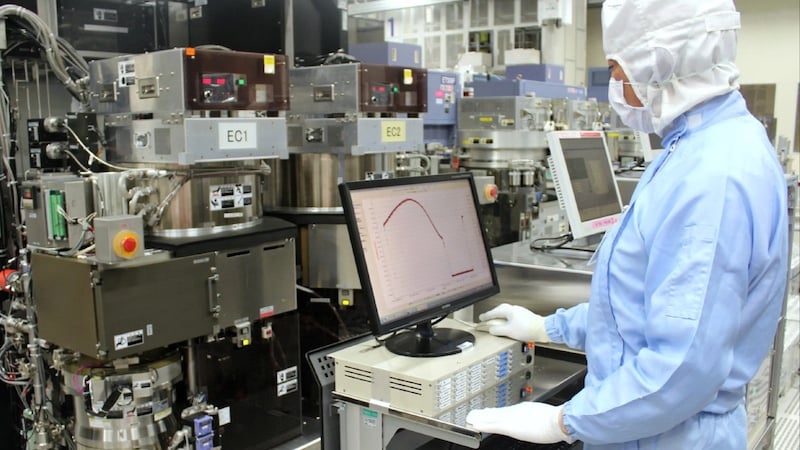 This fire comes during a worldwide chip shortage, as Renesas produces 20% of the global market's microcontrollers.

Several pieces of equipment were damaged, including wire plating machines and the pure water supply and air conditioning system for the building. The burned area was approximately 600 m^2, or 5% of the total cleanroom area.

Structurally, the building was undamaged, but the cleanroom's damaged equipment and the soot pollution will halt manufacturing operations for at least a month.

Renesas engineers have investigated the fire and found that it was electrical in nature. An overcurrent in a plating machine overheated and ignited a nearby casing. The casings are not heat-resistant, helping to spread the fire. The cause of the overcurrent and its overcurrent protections is still underway.

A typical semiconductor cleanroom requires extensive measures to ensure that no particles reach the surface of the silicon wafers. The air is filtered and flows through the room laminarly, sweeping away any stray particles. Clean air is fed into the cleanroom in such a way as to place it under positive pressure, keeping outside air from being sucked into the room if a door is opened.

Movement, tools, materials, and cleaning supplies are tightly controlled to limit contaminants; even the ink pens used by technicians are specialized to not emit sodium particles.

The fire not only damaged equipment but contaminated the cleanroom. There will need to be extensive cleaning to remove all of the soot and particles that have been deposited on equipment, walkways, and other spaces. Some of the equipment used in firefighting may have contributed to the contamination as well. 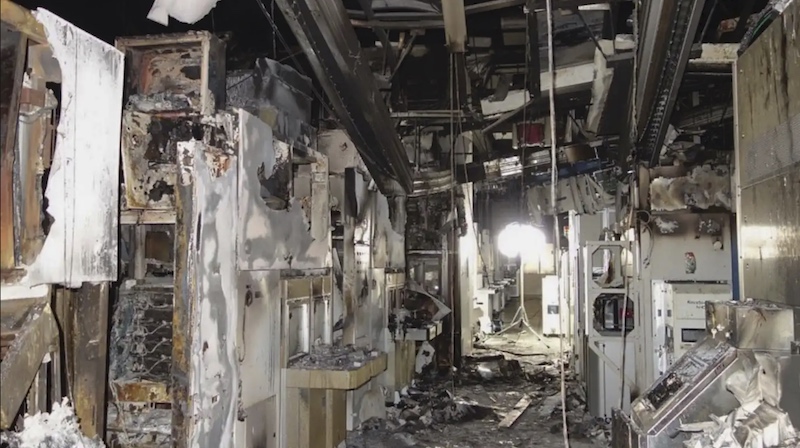 A photo showing some of the damaged manufacturing infrastructures from the fire. Image used courtesy of Nikkei Inc

While the fire is a massive setback for the semiconductor industry as a whole, there were a few silver linings to these smoke clouds. First, nobody was injured or killed. Besides avoiding loss of life, it demonstrates that Renesas likely has an effective warning notification system that allows employees to exit the building safely.

The fire did not damage any of the toxic gas lines required to produce semiconductors but is a major concern during building damage. This gives engineers a chance further to evaluate their safety mechanisms and emergency shutdown procedures.

Moving forward, Renesas is working diligently to get the cleanroom back online. Now that the initial investigation has been completed, they are working towards cleaning up the cleanroom, sourcing or borrowing new machines, and repairing the water and air conditioning systems. The other buildings on the campus are still in operation, including their wafer testing facility.

This incident only compounds the worldwide shortage in semiconductor chips, particularly those used in the automotive and robotics industry.

Recently, GM has announced that they will be investing in the semiconductor manufacturing market to help secure the supply chain of automotive electronics needed to keep their vehicles rolling off the assembly line. Ford, Bosch, and many other companies are feeling the crunch as well.

A month of Renesas delays, combined with the pandemic and the Suez Canal blockage, is putting a strain on the semiconductor market.