How can this sensor make automation applications safer? 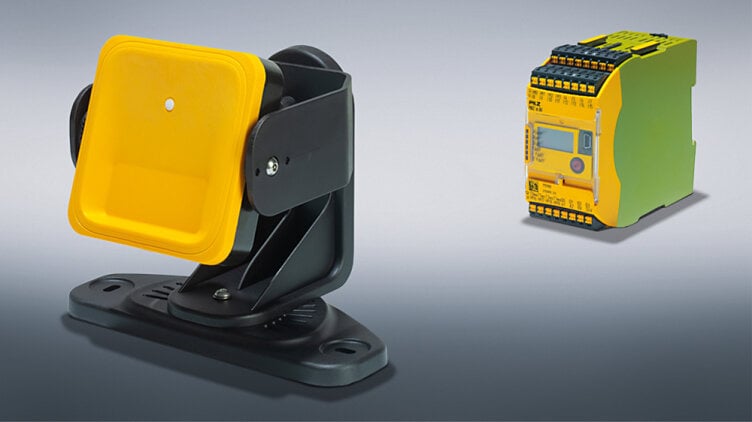 Shaping the Future of Industrial Automation

Established in 1984, Pilz focuses on the supply of automation products, systems, and services worldwide. The Pilz group is based in Ostfildern, Switzerland, and currently employs roughly 2,500 staff. The company also owns 42 subsidiaries and branches around the world, all focusing on the creation of “safety-first” automation products.

In terms of specific technologies, Pilz offers a variety, from sensors, controllers, and actuators to software tools, diagnostic, and visualization systems. According to the company’s website, Pilz’s solutions can be deployed across all areas of mechanical engineering. These include the packaging and automotive industry, robot applications, as well as wind energy and railway technology sectors.

The improvements to Pilz’s PSENradar system are two-fold, thanks to the release of the new analyzing unit and dedicated sensor.

The PSEN rd1.x I/O PN analyzing unit designed for the PSENradar system now features both an Ethernet and a Profisafe interface, together with the pre-existing interfaces. As a result of these additions, the safe radar system is potentially more versatile when incorporated into existing applications. 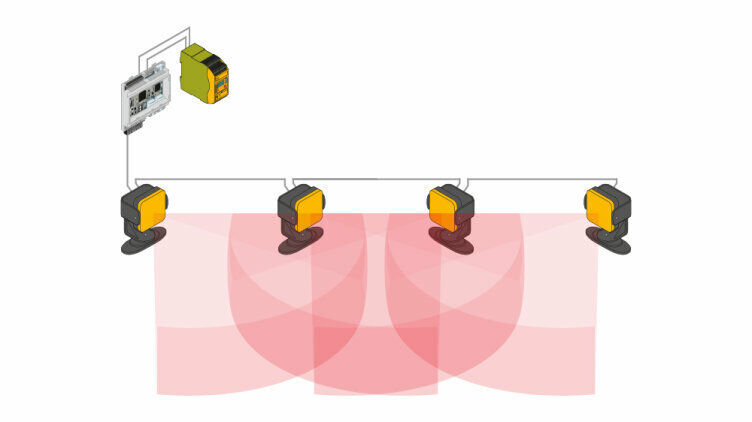 The PSENradar System is designed to be easy to configure. Image used courtesy of Pilz

The PSEN rd1.2 sensor, on the other hand, builds upon the existing radar sensor PSEN rd 1.1 by introducing a dual-channel structure and enabling advanced protection up to PL d Cat. 3. The radar sensor can be installed and implemented quickly and flexibly since it is mounted on three axes, enabling vertical ceiling installation thanks to the rotation around the X- and Y-axis. The device also provides an operating range of 5 meters as well as a narrow opening angle of 20° vertical or 20–100° horizontal, with the opening angle configurable in 10° increments. 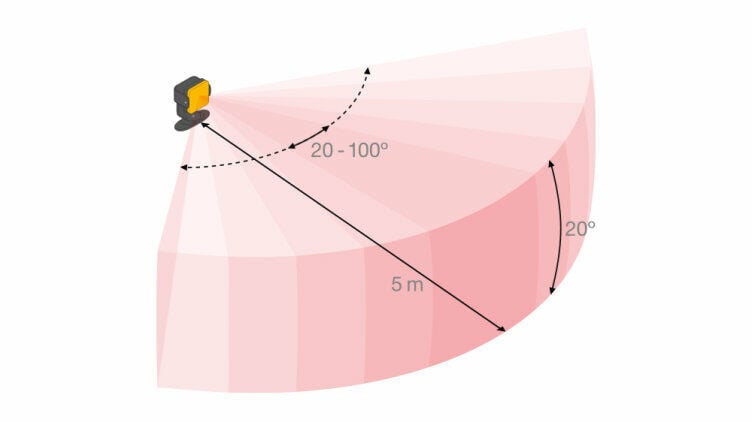 Since the operating range and opening angle are flexible and adaptable, the new sensor enables the application to be arranged quickly and individually. Thanks to its multiple interfaces and hardware adaptability, the component makes configuration easier and ensures greater plant availability.

Designed for Rugged and Robotics Applications

Due to its safety specifications, the new safe radar system can be used anywhere that optoelectronic sensors reach their limits. It is particularly suited to rugged applications, such as woodworking, mineral and steel processing, as well as the transport and logistics sector.

The system has various safety-related functions that include area monitoring and protection against encroachment behind the protected area.  Due to its Cat. 3 design and operating range of up to 5 meters, the new radar sensor can also be deployed in robotics applications. 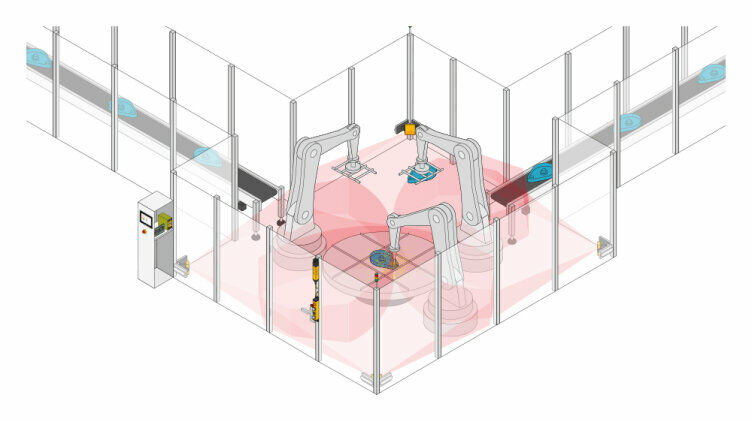 The PSENradar System can be deployed, for instance, to provide rear access protection in metalworking. Image used courtesy of Pilz