Universal Robots CEO Kim Povlsen is a self-described robotics geek who now runs one of the world’s leading collaborative robot (cobot) companies where they strive to develop robots for the 98% of the market that doesn’t yet know they need them.

Today, one of our sister sites, All About Circuits, released a Moore's Lobby podcast interview with Universal Robots President Kim Povlsen that we think we will be of interest to our Control Automation audience. Some insights from this engaging interview with Povlsen are provided below, but if you want to listen to the entire episode, head over here or look for Moore's Lobby on your favorite podcast streaming service. This week the Control Automation team will be checking out the many Universal Robot cobots on display and in action at the Automate 2022 conference.

“I think you're going to see a world where people work side by side with robots,” says Povlsen. Collaborative robots, like those made by Universal Robots, will take care of the “3D” tasks - dull, dirty, or dangerous. This will allow people to “take on more fulfilling tasks” and use their creativity. 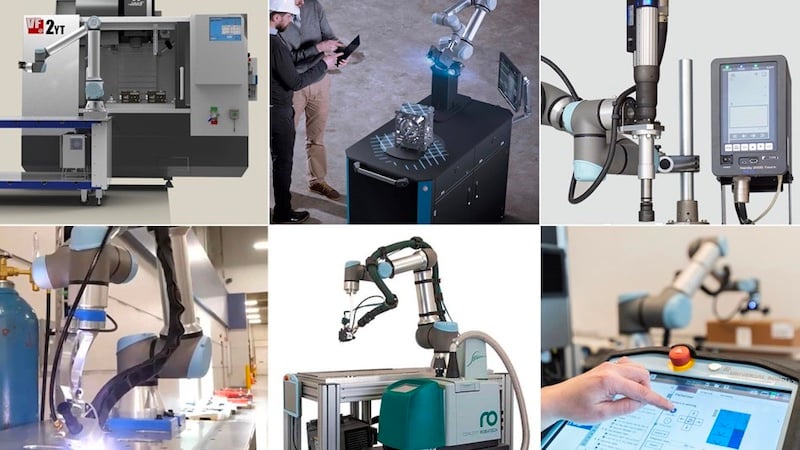 In this episode, Povlsen discusses the early years of Universal Robots and the ambitious goal to create collaborative robots that would be easy to install and fun to program.

“They wanted to change that entire paradigm of how to program robots into something that pretty much anyone can do with just minimum training.”

Before joining Universal Robots, Povlsen spent some of his early years at Schneider Electric working on embedded IoT devices “where I think we could all see the great potential of connecting devices in general,” but “back then it was a pain in the neck to connect anything.”

Povlsen’s father was an electrical engineer whose workshop was filled with interesting equipment and project. This early exposure created his passion for technology; even though his first project as a young boy was less than a success.

“I thought I could build this new fancy program and I totally failed..But, I thought it was great.”

In this Moore’s Lobby interview, the charismatic Povlsen also expounds on:

A Big Thank You to Our Moore's Lobby Sponsors!

Kim Povlsen joined Universal Robots in March of 2021 as their President and CEO. Founded in 2005 by three university students in Odense, Denmark, Universal Robots was the first company to deliver commercially viable collaborative robots and is today one of the industry leaders.

“I love technology, innovation, and making customers’ lives better. And that is what we do at Universal Robots. We want to create a world where people work with robots – not like robots.” 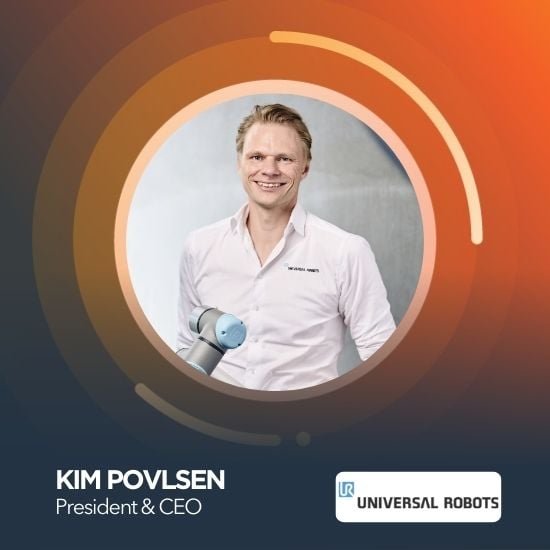 Prior to joining Universal Robots, Povlsen held various executive business and technology leadership roles at Schneider Electric including Vice President of Strategy and Technology. Povlsen holds a master’s degree in Computer Science & Embedded Engineering from the University of Southern Denmark. In addition, he has several leadership certificates, including Senior Executive Leadership Training, General Management & Strategy from INSEAD in France.