Presidents Day, and the Link Between Politics and Manufacturing

Presidents Day, and the Link Between Politics and Manufacturing

In honor of Presidents Day, we take a rare editorial dive into politics to examine just a few of the ways the government drove industry in the 20th century.

If there’s one generalization I have learned about engineers (myself being one of them), they are not an overly-political group of people. However, you can’t ignore the fact that virtually every aspect of every engineering job has been shaped in some way by the decisions and policies of government leaders.

In honor of Presidents Day, here is a small list of just a few of the significant events of the 20th century that demonstrate the ways that our US federal government has shaped the face of industry - for better or worse!

In most ways, any war is a series of conflicts and tragedies that should be avoided. As it is, even in the middle of those tragic events, the people of the world were able to make innovations and discoveries fueled by the bigger events of the time. World War 1 coincided with the early years of aviation as well as the beginning of mass production of automotive technologies.

The US government, led by President Woodrow Wilson, invested a great deal of funding into spending to benefit the military, thereby enabling research and development of many technological processes still in use today. Notably, the assembly line and standardized tools used to create auto and aircraft carried well beyond the war. 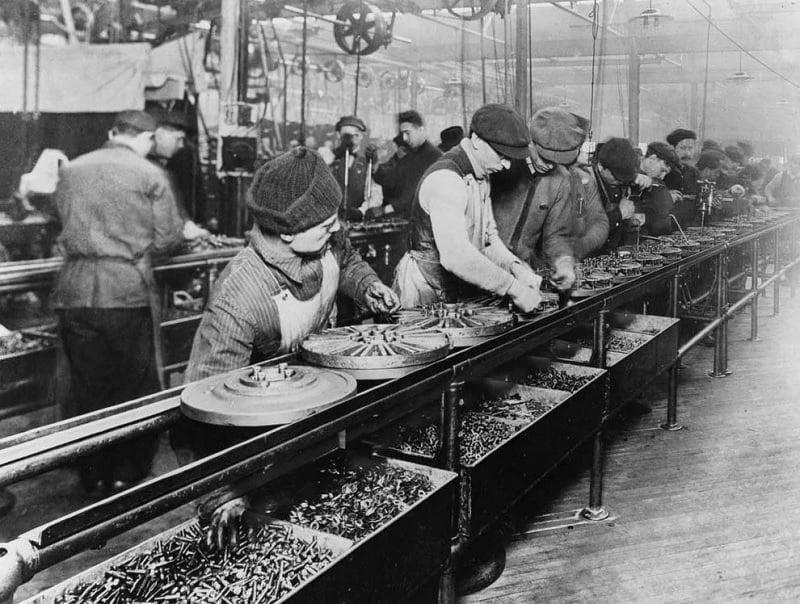 Ford employees tasked with steps on an assembly line - much of this work is done by robots today. Image used courtesy of Smithsonian

The middle of the century, marked by the end of the second World War, also enjoyed the transition to what we might consider the characteristics of our modern world. The computer may be the most striking example, along with robotics.

The first computer was developed for the US military to handle ordnance calculations, meaning trajectories of launched explosives. Although it pales in comparison to modern specs, it was no doubt an electrical and mechanical marvel. It could perform calculations on a clock cycle order of 5kHz. With an additional memory module, it could temporarily store 100 words of data. A ‘word’ is the term for what we might call an ‘integer’ today, consisting of 2 or 4 bytes of data.

Pretty impressive to consider that this 1,800 sq ft computer cannot even compare to even the smallest microcontrollers available for a few dollars today! 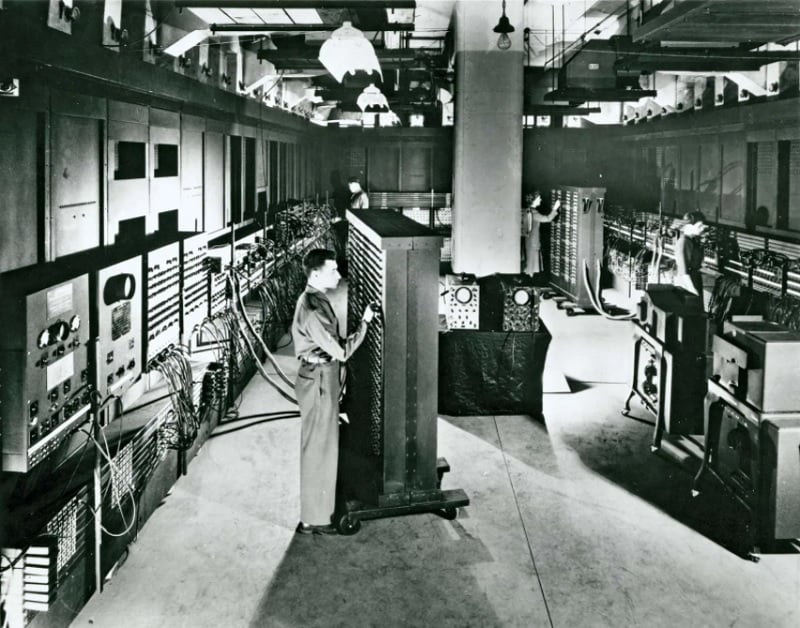 It’s hard to imagine an economy that operates only within its own national borders. The period of time after World War 2, along with maritime, aerospace, and communication advancements, opened the world up to trade. For the first time, governments were forced to discuss and impose regulations and guidelines dictating import and export of raw materials to share around the world for manufacturing.

The development of these processes forces a much faster rate of change from seemly small events. An event on the other side of the world, which may have taken months to impact another nation, may now have an impact in mere seconds. Similarly, when disasters strike, the lasting effects may rebound, causing additional impacts in a short time. These same events many years ago may have slower, more predictable solutions. Ah, such a peaceful life. 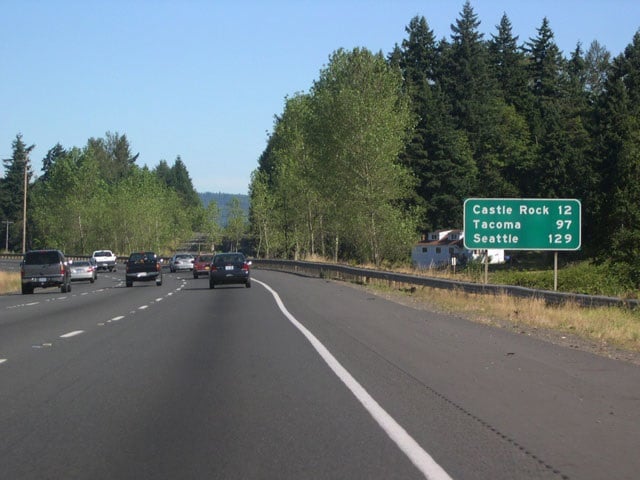 The interstate system links virtually every corner of the United States with access to personal and commercial transportation. Image used courtesy of AARoads

Although certainly this is not a comprehensive list of the integral relationship between government, economics, and industrial development, the last event in this article is the Federal-Aid Highway Act of 1956, enabled by President Dwight Eisenhower. In fact, you can often drive past signage marking interstates as part of the Eisenhower Interstate System.

It is hard to imagine today’s landscape without freeways and highways covering the US, connecting homes with stores, and stores to distribution and manufacturing sites, maritime ports, railways, and airports. Even when supply chain systems are experiencing struggles, as they have been recently, we can certainly still consider ourselves lucky to live in an era of near-instant fulfillment of needs.

Even if you, like me, are not a political enthusiast, but rather an innocent bystander of world economics, it is interesting to consider the close integration of manufacturing with the local and global politics, both working together to learn from mistakes (and making all new ones) in hope of a better world.