How are Robots Pushing Further Into Automotive Manufacturing?

How are Robots Pushing Further Into Automotive Manufacturing?

Learn about how various types of robots are currently being deployed in the automotive sector and some of the challenges they face on the factory floor.

The days of assembly lines containing only human factory workers are changing. Modern automotive manufacturing has been revolutionized with the addition of robotic automation in manufacturing.

Roles of Robots in Automotive Manufacturing

Robots play a significant role in many different areas of the car manufacturing process in the automotive sector. They are part of many applications including assembly, welding, machine tending, material removal, painting, and other hazardous tasks.

Robots have been successfully performing assembly tasks since their first introduction many years ago. These robots are used to assemble many different parts of a car. Large robots can move car bodies around from one assembly line to another and place doors and large components on the car body. 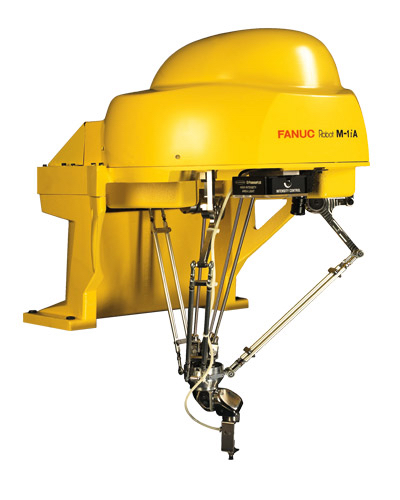 Welding robots play a large role in the manufacturing process. They can complete both large and small welds, on a number of different types of metal. Robots can be beneficial to complete repetitive welding processes, such as the welds involved on many car manufacturing lines.

They can weld large welds much faster than humans can weld them. These robots are also more consistent in the welding process and can perform long welds that can take without stopping the bead. Since they can perform continuous welds without stopping, porosity is reduced, and weld quality increases with robotics in specific applications. 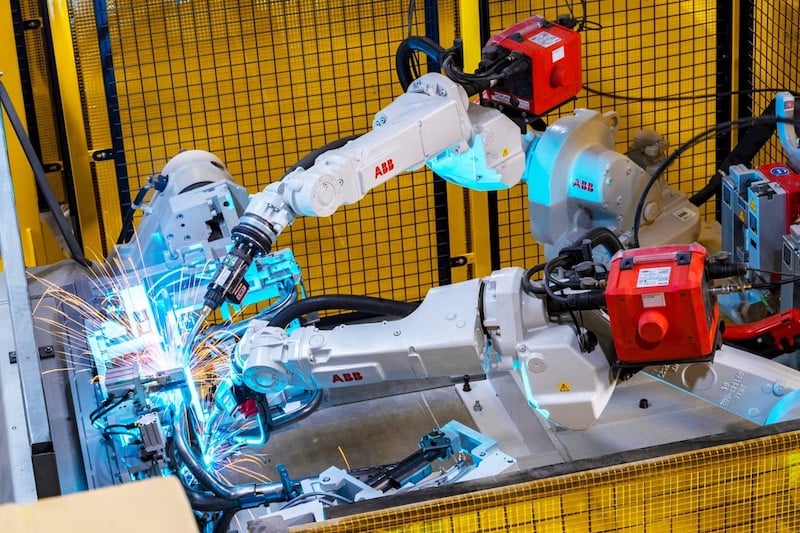 Since they move quickly, they are also very effective at producing spot and laser welds on delicate parts.

Machine tending for CNC and welding processes is a widespread application in automotive robotics. Many parts are just repeated on the same CNC or welding setup. Robots are often used to pick and place parts on the machines, helping to eliminate repetitive labor for factory workers and reducing manufacturing costs.

For parts that come fresh off the CNC machine, a labor-heavy deburring process takes place. 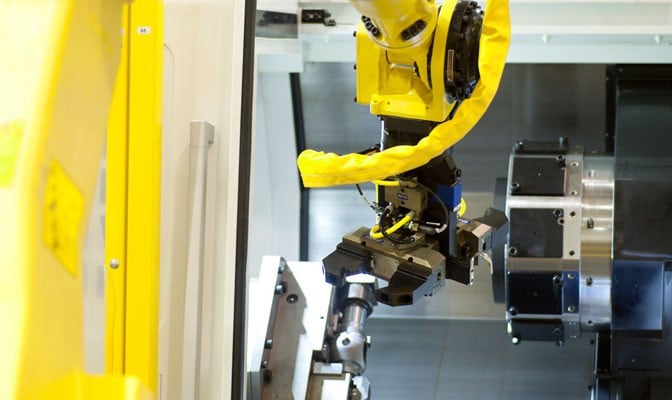 Some machine tending robots, usually on the offloading side of the cell, are used to deburr the parts as they come off the CNC. Using a robot to complete two tasks simultaneously significantly reduces manufacturing costs and speeds up the process.

Robotics play a significant role in improving worker safety by reducing workers’ exposure to dangerous tasks. Painting, welding, and hot work are all unpleasant tasks for human workers but are suitable for robots if they can be successfully integrated into the manufacturing process.

With the addition of robotics, worker exposure is reduced leading to a safer work environment for factory workers.

Since automotive manufacturing encompasses such a large manufacturing process, almost every industrial robot is utilized for one task or another. Robotic arms are the most prevalent in the industry today, however, they share automated work.

Most robots currently integrated into automotive factories are traditional “hard” robotics. Hard robotics involves programming robotic arms to do repetitive tasks based on a set program.

Robotic cells of this type need safety fences and guarding to keep workers from interacting with the robot while it is running. These systems run very fast and efficiently, often going long stretches of time without the need for human interaction. This type of cell is capable of most tasks needed to be completed in the manufacturing process.

With recent advances in robotics technology, collaborative robots are becoming increasingly more prevalent. A collaborative robot moves more slowly than a “hard” robot system. The reason for the speed reduction is to allow workers to work side by side with the robot. Robot-worker interaction is beneficial in challenging to automate tasks where a traditional robot might experience difficulty. A worker can guide the robot through its tasks. This guidance has two benefits. The robot can complete tasks based on the factory worker’s critical thinking, and the factory workers' workload is reduced by using the robot or the heavy lifting or tedious tasks.

There are many challenges in the robotic industry, particularly found in the automotive manufacturing sector. One of the main challenges is part quality control. With third-party parts or parts that don’t fit within certain control parameters, robots have difficulty adjusting. 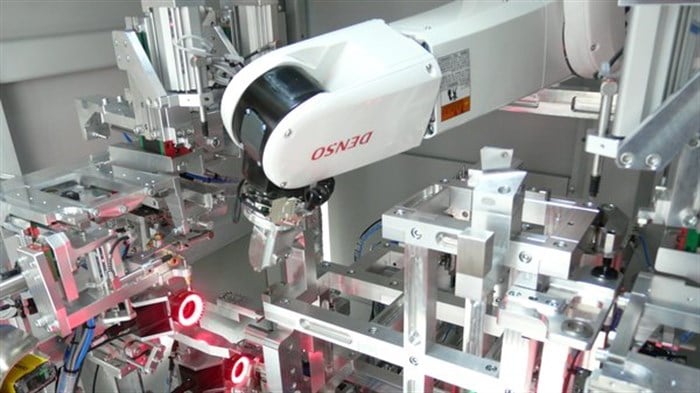 DENSO's Cobotta being used in the production of vehicle headlights. Image used courtesy of DENSO

The tooling on the robot will have to be changed to fit new parts, but the robotic arm itself can still be reprogrammed and repurposed for different work.

Robotics has helped to revolutionize the manufacturing industry, especially the automotive manufacturing process. Without the help of robotics, cars would be proportionally much more expensive and difficult to manufacture to today's high standards.

Robotics account for a large part of welding, machine tending, deburring, and assembly tasks on the production line. With the robots help, hazardous work is no longer a requirement for factory workers, making for a better quality of life among those working in automotive manufacturing.