Want to Develop a Quantum Algorithm? Honeywell Partners with Microsoft to Share Cloud Access to Their Quantum Computer

Want to Develop a Quantum Algorithm? Honeywell Partners with Microsoft to Share Cloud Access to Their Quantum Computer

With quantum computing on the rise, we take a look at the technology and at industry leader, Honeywell, to see what’s happening in this revolutionary space.

Recently, at their 2019 Ignite conference, Microsoft announced a new service known as “Azure Quantum,” a partnership between Microsoft and Honeywell that provides users with cloud access to the quantum computers of Honeywell, IonQ, and QCI.

Alongside Google, IBM, and a handful of others, Microsoft is considered one of the leaders in the field of quantum computing, and this new service includes access to their open-source Quantum Development Kit (utilizing Q#, Microsoft's quantum computer programming language), marking the service as a potentially attractive choice for potential developers.

What Is Quantum Computing?

Additionally, the reverse is also true, meaning that any quantum state can also be represented as the sum of any two (or more) quantum states. As a result, qubits can exist in this superposition, and send two bits worth of information as a single unit of quantum information, or one qubit. 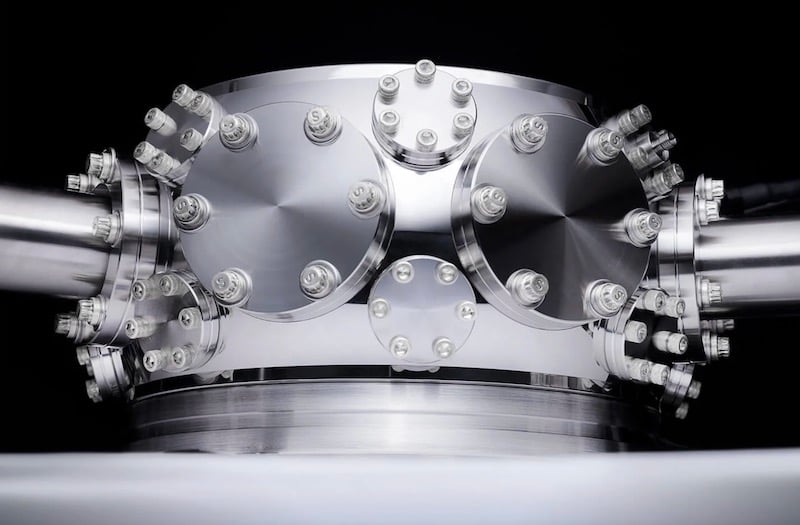 A quantum computer. Image from Honeywell.

Because of this, the parallel nature of quantum computers allows them to work on potentially millions of computations at once instead of operating on the binary level of our modern computers. This has caused quantum computing to become perhaps the most promising emergent computational model for large-scale information processing.

Quantum computers are far more suited to industrial and commercial applications over small-scale use for, say, personal devices. The promise of quantum computing in industry is an unparalleled ability to run calculations millions of times faster than standard computers, providing industry solutions in cybersecurity, database analytics, trade optimization, artificial intelligence, and even code-breaking.

As mentioned earlier in the article, there is a select group of leaders in the quantum computing space. Giants such as Google, Microsoft, IBM, Hewlett-Packard, and Intel are racing to be the first to break the barrier and achieve “quantum supremacy.” Additionally, IBM has already begun selling the use of their quantum supercomputer to commercial and research clients, showing us that commercial quantum computing is becoming more of a reality by the day.

According to their quantum solutions page, Honeywelll has been active in the quantum computing space for more than a decade. As Tony Uttley, President of Honeywell Quantum Solutions, explained last year, the company began investigating the technology because they already had many of the proficiencies needed: "state-of-the-art hardware and software control systems, advanced electronics, optics and photonics..." Honeywell researchers proposed that combining some of Honeywell's existing technologies would allow them to build a quantum computer of their own.

Uttley also explained his view on a more sweeping reason it makes sense for Honeywell to develop quantum computers: "...at its heart, quantum computing is a controls problem."

"...At its heart, quantum computing is a controls problem."

The company refers to themselves as “future shapers” in this space, which can be seen in their trapped-ion quantum technology.

Essentially, Honeywell’s quantum computers use trapped ions as qubits to complete computations and transfer information. Their industry-leading solution has led to record-setting fidelity, and their newly-developed parallel quantum computing has further increased the speed of qubit operations. They’ve accomplished this feat by incorporating multiple parallel, independent operating zones for the trapped ions via multiple optical beams.

The Future of Quantum Computing

The recent partnership with Microsoft is a step for Honeywell towards the commercialization of this technology. As far back as 2016, IBM has allowed engineers access to their quantum computer via the cloud. Honeywell will do the same in early 2020, utilizing Microsoft's cloud technology to give access to their own computers to allow public use for program development.

Uttley said last year that among the first industries that could benefit from this technology is pharmaceuticals, where quantum computing could allow for much faster R&D. It could also, however, affect many other industries, including the optimization of manufacturing and oil and gas.

Industries Honeywell claims could be affected by their quantum computing technology. Image from Honeywell

While quantum computing is still in its infancy, it is becoming more of a reality with each passing day. It may only be a matter of time before automation functions via quantum algorithms in a facility near you.

How familiar are you with quantum computing? Will you be checking out Honeywell's program to try your hand at developing quantum algorithms? Share your thoughts in the comments below.