Reader Question: How Do You Use AI in Your Manufacturing Operations?

Reader Question: How Do You Use AI in Your Manufacturing Operations?

What do you classify as AI and how are you utilizing it in your industrial facility?

Breaking Down the Definition of Artificial Intelligence

AI is a complex term with many different definitions and examples depending on the application. Artificial intelligence typically refers to providing some sort of intelligence to a machine or component that mimic human intelligence. 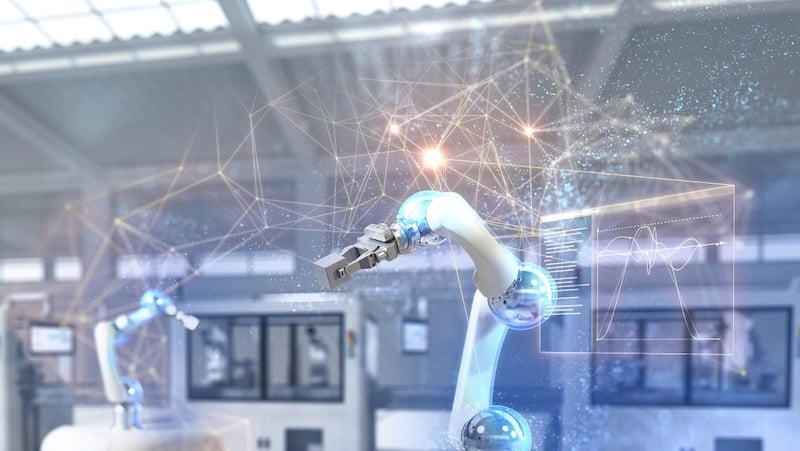 A visual of how AI is used in a manufacturing facility. Image used courtesy of Siemens AG

AI is commonly used in process control applications to help make engineers make decisions on production, maintenance, and data management. Industrial cybersecurity and AI are also frequently used together to detect machine behavior. AI has even made its way into building automation and facility management.

Is AI More Common in Manufacturing Operations Than you Might Think?

There’s a lot of conflicting information about who’s actually using AI in their operations and where they're using it. AI can be integrated into most control systems or components in a manufacturing facility.

For example, you could have a vibration sensor that’s constantly reading machine data and sending that data to the cloud. If you add AI software or IIoT platform and connect it to the existing sensor, you’ve now implemented AI.

There’s a lot of data showing that even though some are skeptical of new technology, AI adoption across the industry has actually been pretty widespread in recent years. Google Cloud recently published a study on how manufacturers use AI, and they uncovered some interesting findings.

The Harris Poll, also known as Harris Insights & Analytics, partnered with Google Cloud to conduct this survey. They surveyed nearly 2,000 senior-level manufacturing executives from several different countries. Respondents from Germany, France, Japan, the U.S., and more all weighed in on how they use AI in their manufacturing facilities.

According to the study, “Almost two-thirds of manufacturers (64%) rely on AI to assist in day-to-day tasks, with a quarter already allocating half or more of their overall IT spend towards AI.” 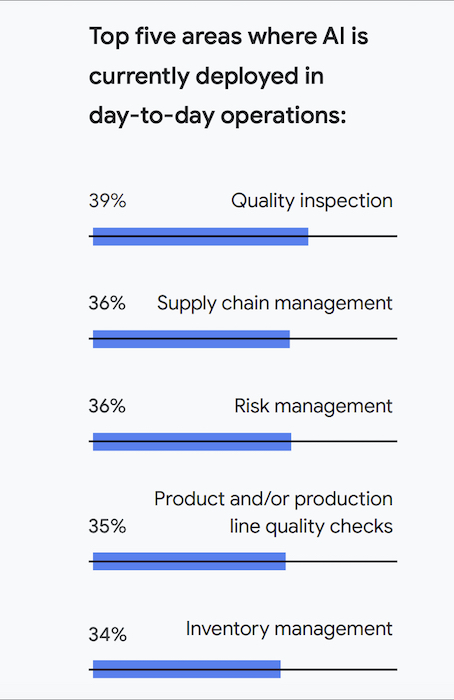 A screenshot showing the top five areas where AI is being used in daily operations. Screenshot used courtesy of Google Cloud

Based on the people surveyed in the data above, it’s clear that AI is widely adopted across all manufacturing operations.

Data also points to the argument that implementing artificial intelligence will spark growth and success in manufacturing. Forbes Insights recently surveyed a group of engineers on artificial intelligence. According to that survey, 44% of respondents in the manufacturing and automotive sectors determined that AI was “highly important” to their manufacturing processes in the next five years. Of those 44% respondents, 49% said it was “absolutely critical to success". 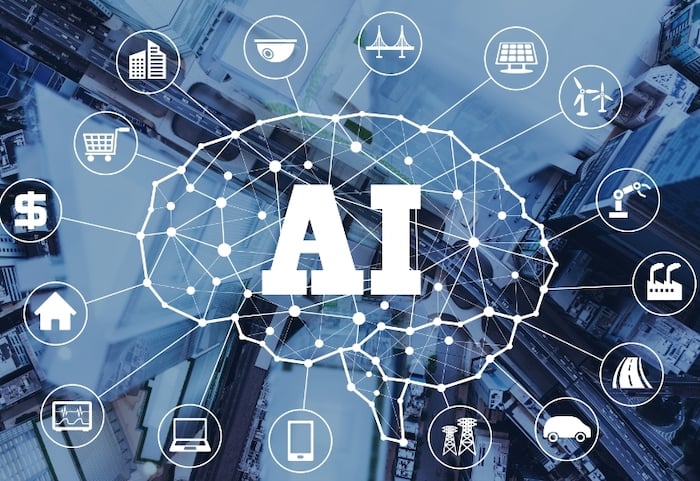 A graphic showing where AI can be used in industry.

There’s a lot of survey data being conducted by industry leaders, universities, and credible publications, all pointing to the widespread adoption of AI. The question for most manufacturers seems to be not if they will adopt artificial intelligence, but when.

We want to hear from you. How do you define the term "AI"? What experiences have you had with implementing AI into your manufacturing techniques?

Do you welcome AI and new advancing technology in the industrial space as a means of more easily and more efficiently completing tasks, or does your facility run on older systems with no dependency on AI to operate?

Please share your thoughts on the matter with the Control Automation community in the comments below.