Schaffner introduces its newest electromagnetic compatibility filters for data centers and robotic-automation sectors, allowing for different connection options and saving on space with a 1U rack-mount design.

Electromagnetic interference (EMI) can be a big concern in our world of ever increasing reliance on electronics and digitalization, and Schaffner is working to create filters to reduce the effect EMI creates in electrical applications.

EMI can reach components via two different paths, as conducted or radiated EMI. Conducted EMI follows the path of a conductor, either a wire, power line, or direct electrical path. Radiated EMI travels through space as radiation and does not need the path of a conductor to interfere with electrical components. Radiated EMI can come from natural sources or from components within the device itself. When the radiation is emitted it can disrupt the electrical signal that was intended to be received by the device or its components.

Filtering is necessary in order for electrical devices to function properly but also to reduce the chances of damage to the components themselves. Electromagnetic interference from external sources or from power fluctuations can easily damage sensitive components if not dealt with properly. 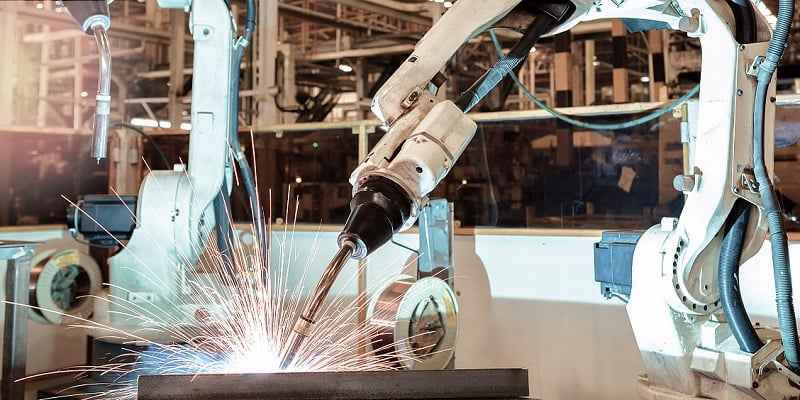 Electromagnetic interference can be reduced or eliminated with the use of an electromagnetic compatibility (EMC) filter so electrical components can work properly. Schaffner has recently released the new FN2500 / FN2640 EMC filters. These filters are designed specifically for use in data centers and the robotic-automation sectors. Schaffner has developed the technology as a response to growing market trends within those specific industries. 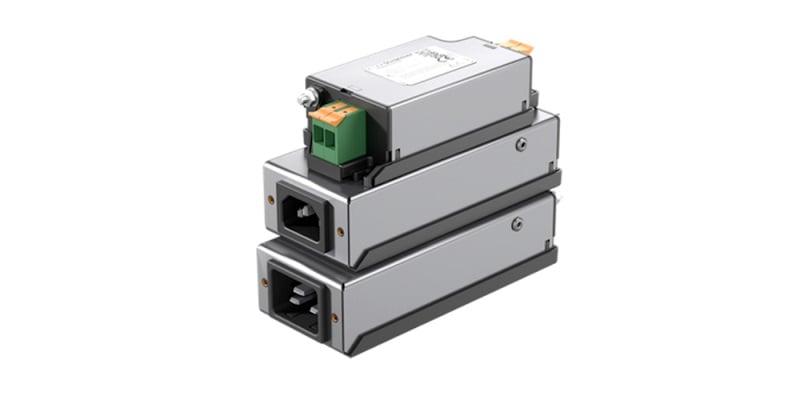 Robotics and automation can suffer from EMI to a greater degree depending on their environment. Welding creates a significant amount of EMI in both cables and the surrounding environment. Schaffner’s filters hope to help in the reduction of negative effects from this noise. Additionally, nineteen-inch rack cabinets are commonplace in robotics, data centers, and autonomous machines, and their power supplies need to fit these dimensions. In order to assist with the ease of integration, Schaffner has made their EMC filters into a space-saving 1U rack-mount design.

The filters come with many different connection options. For input, they come with IEC C14 (10-15 Amp) or IEC C20 (16-20 Amp) input connectors for direct power connection. The output of the filters encompasses a range of different options. For systems that require internal connection options, the input and output can be connected via push-on terminals, cable glands, screw terminals, or spring terminals. The EMC filters meet the requirements of IEC 62368-1. The IEC 62368-1 is a safety standard for Audio/Video, Information and Communication Technology, and equipment.

Schaffner is a world leader in electromagnetic compatibility and power quality, headquartered in Luterbach, Switzerland. They hope to play a role in the electrification of a sustainable future for society by helping to shape electrical power. Shaffner specifically promotes technologies that hope to bring about a more sustainable future. They also support those industries that promote the reliability of functioning electronics and their continued increase in efficiency.