The demand for wireless control networks systems in industrial applications is rapidly increasing. How do you know if making the switch is right for you?

Wireless systems are inherently more flexible than traditional wired ones. Their installation can be easier and consequently, the material and labor costs are also inferior.

Despite these benefits, some of these applications are still met with skepticism by industry professionals, who question the reliability and security of current wireless systems and their compatibility with existing control-network infrastructures.

Can you rely on a wireless industrial control system?

As new technology emerges, companies in the industrial space may be hesitant to adopt these new technologies.

The risk factors behind this lagging in the adoption of wireless control systems in industrial settings may vary, but a few can be considered particularly relevant.

The first would be related to choosing an operating frequency. While radio waves carry well in line-of-sight conditions, they might have difficulties going through thick materials used in construction sites, such as concrete or steel. 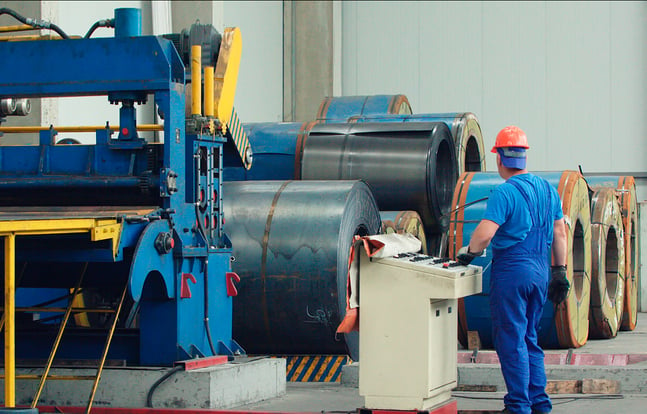 These radio waves might also be affected by interferences caused by other wireless technologies like wireless computer networks.

Another issue of using wireless networks in construction sites is that, as shown by a study from the United States Environmental Protection Agency, they can be highly reflective environments. This would cause radio waves to scatter erratically, thus interfering with or blocking wireless transmissions.

The lack of interoperability also presents problems when it comes to the adoption of wireless systems. If a certain system does not allow the replacement of a device from one manufacturer with a device from another, the end-user is then forced to buy products from a single source, thus effectively limiting their choice and locking the system.

The maintenance of wireless devices also differs from traditional cabled ones. Since the power requirements of these devices are different from one another, their sensors need to be monitored constantly for battery condition.

Due to the nature of traveling through the air as opposed to having a physical enclosed location, wireless networks are easier to hack.

Not all of the above questions have definite answers, but the benefits of adopting wireless systems have been clear to many, and engineers are turning to wireless solutions that can be shared right to their smartphone or mobile device.

Wireless control systems have also been used in the U.S. to overcome physical barriers. 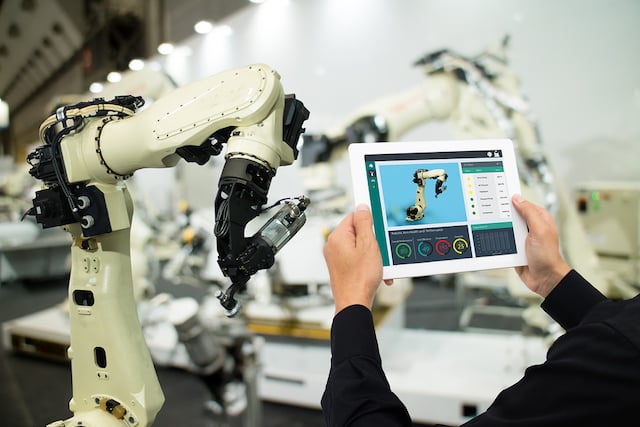 An interesting use case comes from France, where Manitou, a manufacturer of handling and lifting solutions, started deploying Bosch Rexroth’s electronic transmission control systems on a new agricultural telehandler.

The machine offers both hydrodynamic and hydrostatic types of electronic-controlled transmission. According to Manitou’s researchers Maxime Vinconneau and François Brochard, the new wireless systems allow for more compact, precise and flexible machine design. They also come with controls that traditionally mechanical, like speed limiter, eco-mode, and manual accelerator, and reduce fuel consumption, better protect components, and facilitate diagnosis in case of failure.

While not all of the above issues have valid solutions, many of them do.

Starting from security, it is noticeable how, with high standards of authentication and encryption, wireless transmission can be potentially more secure than wired. Many modern wireless solutions come already equipped with these standards, so the security issue is minor compared to others.

As for the radio interference problems, selecting the correct frequency for an industrial project could come along way in preventing signal blockages. Selecting a frequency that is not utilized by other devices would, in fact, greatly enhance the network performance.

Moreover, if conducted properly, the placement of radio and other wireless devices could be arranged in advance, thus avoiding the placing of parts of a building site that inherently block radio waves between devices, like staircases and elevator shafts. Radio-range extension peripherals could also be used to bypass unavoidable obstacles.

While it is clear that switching to wireless control systems is not yet a solution to every situation, the technology is evolving quickly, and its advantages are slowly taking over its disadvantages. In fact, as shown above, certain structural situations make switching to wireless systems a necessity, while others still constitute a bigger challenge.

In any case, these technologies are slowly improving, and it is probably only a matter of time before they become the state-of-the-art standards all around the world.

What do you think about wireless control systems and would you implement them in your work? Let us know in the comment section down below.