This industrial-grade sensor development kit is called the ECHO ONE DK and reportedly mimics a bat’s echolocation capabilities. The device is built to help automated guided vehicles (AGVs), autonomous robots, and other machines avoid collisions with obstacles, even in the roughest environments.

Toposens was reportedly the first company to design and develop an ultrasonic sensor for object positioning in three-dimensional space. Today, the company counts more than 250 customers and ships its products to over 20 countries.

The term echolocation refers to the ability of certain animals to determine the location of objects using reflected sound. Bats, for instance, are capable of using echolocation to fly at night and in dark caves and locate night-flying insects.

Most bats emit high-pitched sounds and then interpret the returning sound waves (also called echoes) to help them navigate safely in the dark. When applied to the technological field, echolocation has often been called an "auditory imaging system.”

The ECHO ONE DK Sensor

ECHO ONE DK is built to mimic bats’ echolocation, so its sensors cannot be negatively impacted by lighting conditions or moisture. The 3D echolocation data generated by the new sensor is particularly accurate, according to Toposens, and the device can be deployed in harsh environments thanks to its IP67 protection rating. 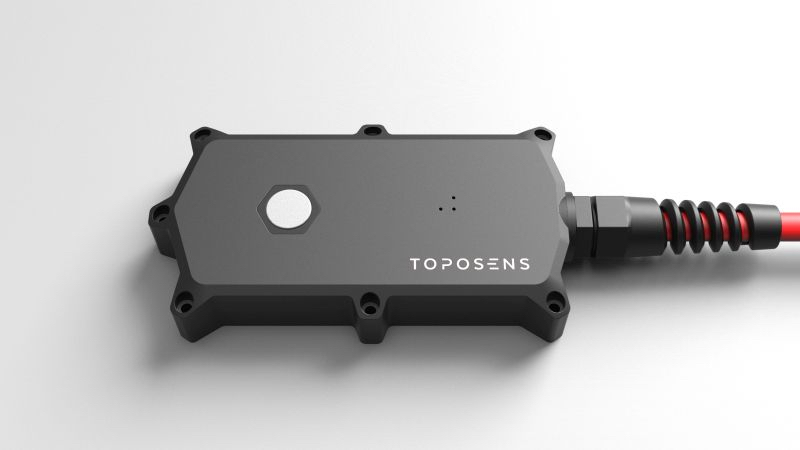 ECHO ONE DK offers several features to improve its measurements, including multi-object detection of complex and transparent objects. The sensor also offers an ultra-wide Field-of-View of up to 180° to perform obstacle avoidance at ultra-short range with up to 110° at 3m.

Due to its low power consumption of 2.2 W, the ECHO ONE DK supports long robot uptime. It is also fully certified according to CE and FCC.

To facilitate integration, the device comes with a CAN and USB interface and a variety of software packages, including Toposens proprietary Sensor Library (C++-Library), ROS Implementation Package, and Cross-Platform Toposens 3D Visualizer.

The ECHO ONE DK’s hardware has been developed in collaboration with Infineon, Murata, and Nvidia.

Commenting on the release of the new sensor, Toposens mentioned its applications are varied and span across manufacturing, packaging, and other scenarios where robots potentially constitute a danger to individuals or goods.

“Our 3D ultrasonic sensor is the answer to this problem by precisely perceiving its environment and reliably detecting accident-causing objects such as forklift forks and even the smallest items lying in the path of an AGV, whilst yielding robust, light-tolerant data,” Toposens CTO Alexander Rudoy said. 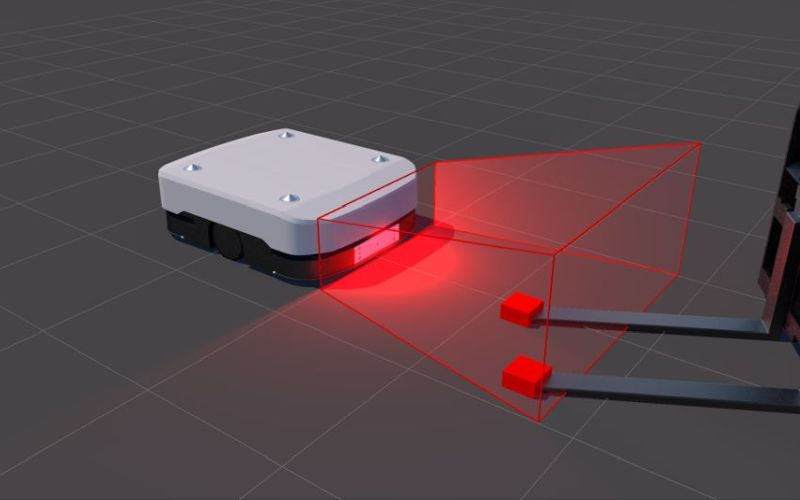 ECHO ONE DK can detect multiple obstacles at once. Image used courtesy of Toposens

To eliminate accidents altogether, the executive added that the demand for safety sensors of all kinds is growing, particularly for 3D perception.

“[It is] an area not covered by the typically used 2D safety LiDARs,” Rudoy said.

“The in-built, Toposens-own, best-in-class 3D collision avoidance features for added machine safety make it a cost-effective, reliable, and efficient solution, which will help your AGV, robot, or other application avoid collisions with all kinds of obstacles, even in the roughest environments,” the CTO concluded.

For more information about the ECHO ONE DK, you can peruse the device’s product sheet. Toposens is hopeful that this new sensor technology will help engineers with object detection tasks in industrial manufacturing.