The autonomous vehicles were developed by Toyota Forklift, together with Bastian Solutions, a Toyota Advanced Logistics company. The machines are intended for use in manufacturing facilities and distribution center operations to perform highly repetitive tasks.

The new forklifts by Toyota operate manually if needed and capable of operating autonomously by utilizing light detection and ranging (LIDAR) based navigation. The vehicles’ sensors can prompt a slowing down or stopping action when they detect an unmapped object in their path. 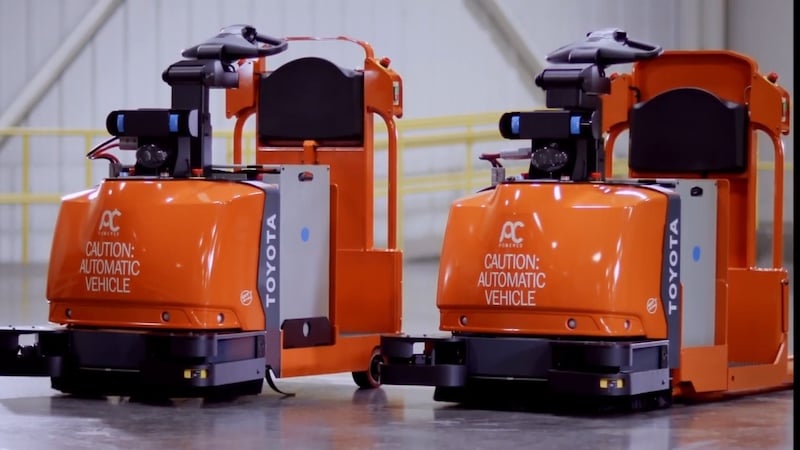 The Center-Controlled Rider & Core Tow Tractor Automated Forklifts are engineered to detect mapped structures behind objects, meaning that wandering objects will not interrupt regular operation. According to the company, both types of forklifts require minimal infrastructure to set up or operate and integrate into customers’ existing operations as quickly as possible.

“When customers choose to work with Toyota, they gain more than just an automation partner,” said Bill Finerty, Senior Vice President of Sales. 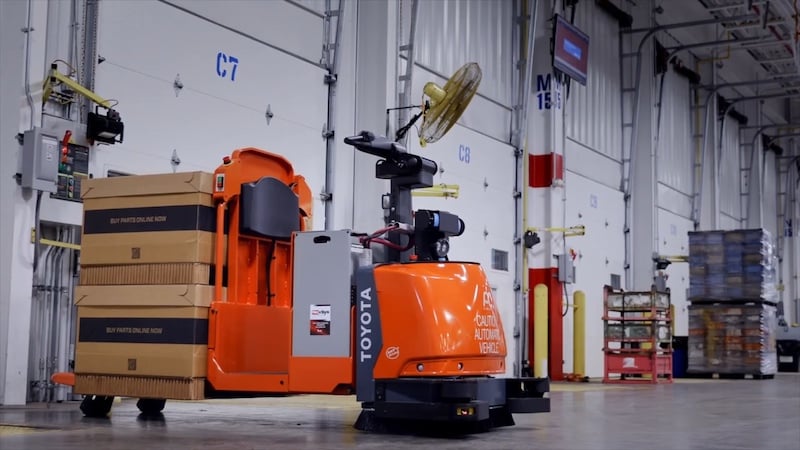 Both types of machines run on ANT software from BlueBotics and have very narrow accuracy tolerance ranges down to roughly a half-inch. The new machines also operate under the Toyota 360 scheme, which offers 4-hour guaranteed emergency response time, and a 2-years warranty on all parts.

“We’re here to help our customers through their entire optimization journey,” Finerty concluded.

As shown by the new forklifts, the company’s automatic guided vehicles or AGV excel at safely transporting materials and products in manufacturing and distribution operations.

AGVs provide a more flexible and reliable alternative to conventional material transport methods. They are typically deployed where high volumes of materials move in repetitive ways and where human decision making is very limited. 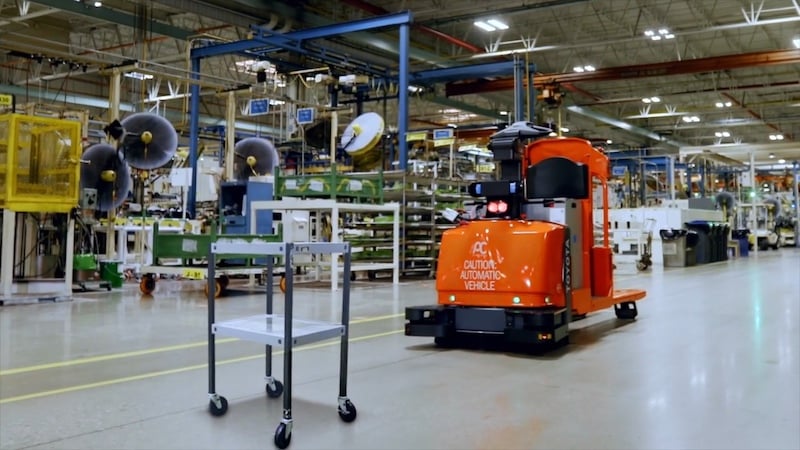 The new forklifts from Toyota are capable of autonomous obstacle avoidance. Image courtesy of Toyota.

According to Toyota, the great majority of applications of AGVs, and forklifts, in particular, regards heavily populated areas where pedestrian accidents and product damage are at high-risk. Utilizing AGVs in such environments eliminates the risk for workers and goods and reduces the opportunity for worker distraction, low productivity, and turnover.

Toyota Forklifts provide a guide to help users assess if they need AGVs in their business.

Focusing on industrial systems integration, Bastian Solutions was founded in 1952 by Elgan Stark as E.C. Stark Co. The company was purchased by Bill Bastian Sr. in 1967 and was renamed Bastian Material Handling Corporation in 1971.

Since then, the firm grew steadily, providing custom engineering and fabrication of manufacturing and material handling equipment.

The corporation became Bastian Solutions in 2012, incorporating various divisions it had founded or purchased throughout the years.

A mobile robotics division was added by Bastian Solutions in 2015, shortly before Toyota Advanced Logistics acquired the company in 2017.