German robotics company, Wandelbots, raised $30M Series B in a venture funding round in a promising endeavor towards providing no-code robotic solutions.

Robots are being used throughout the industry in multiple domains. The high influx of robots in the industry calls for more trained personnel, technical support, and management. Companies are constantly aiming to lower operational costs and reduce the complexity of their processes. This involves automation and robotic solutions and the ability to repurpose them easily for different processes.

Most robotic arms are used for pick-and-place, finishing, palletizing, and contouring tasks. The operators teach robots the steps for these tasks primarily in three ways: 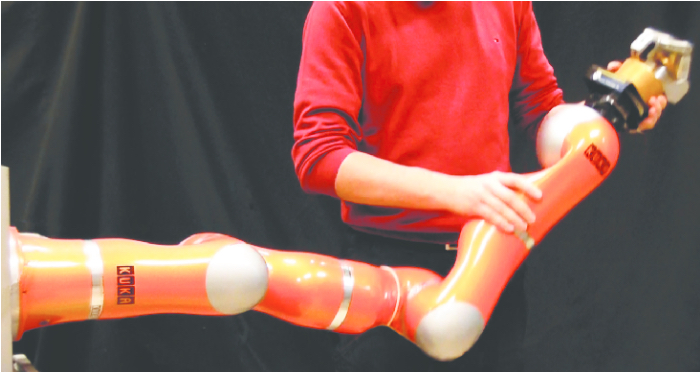 In an attempt to get rid of any user programming for robot motion and learning from demonstration methods mentioned above, Wandelbots has developed a tool called TracePen, which enables users to demonstrate desired behavior for the robot to mimic. The operator can teach the robot motion profile, in real-time and intuitively on the actual workpiece the robot needs to operate on thereby reducing hours of training work to minutes.

TracePen can be used to train the robots for tasks like inspection, pick-and-place, gluing, deburring, and welding. The company also provides a visual interface that visualizes the taught motion in real-time and the trained path can be tuned for keyframes, distances, linear/circular motion, and adjustments by the user, offline. The user can calibrate the TracePen, teach a skill/motion for the robot, refine the same, and then generate the corresponding code for the motion. 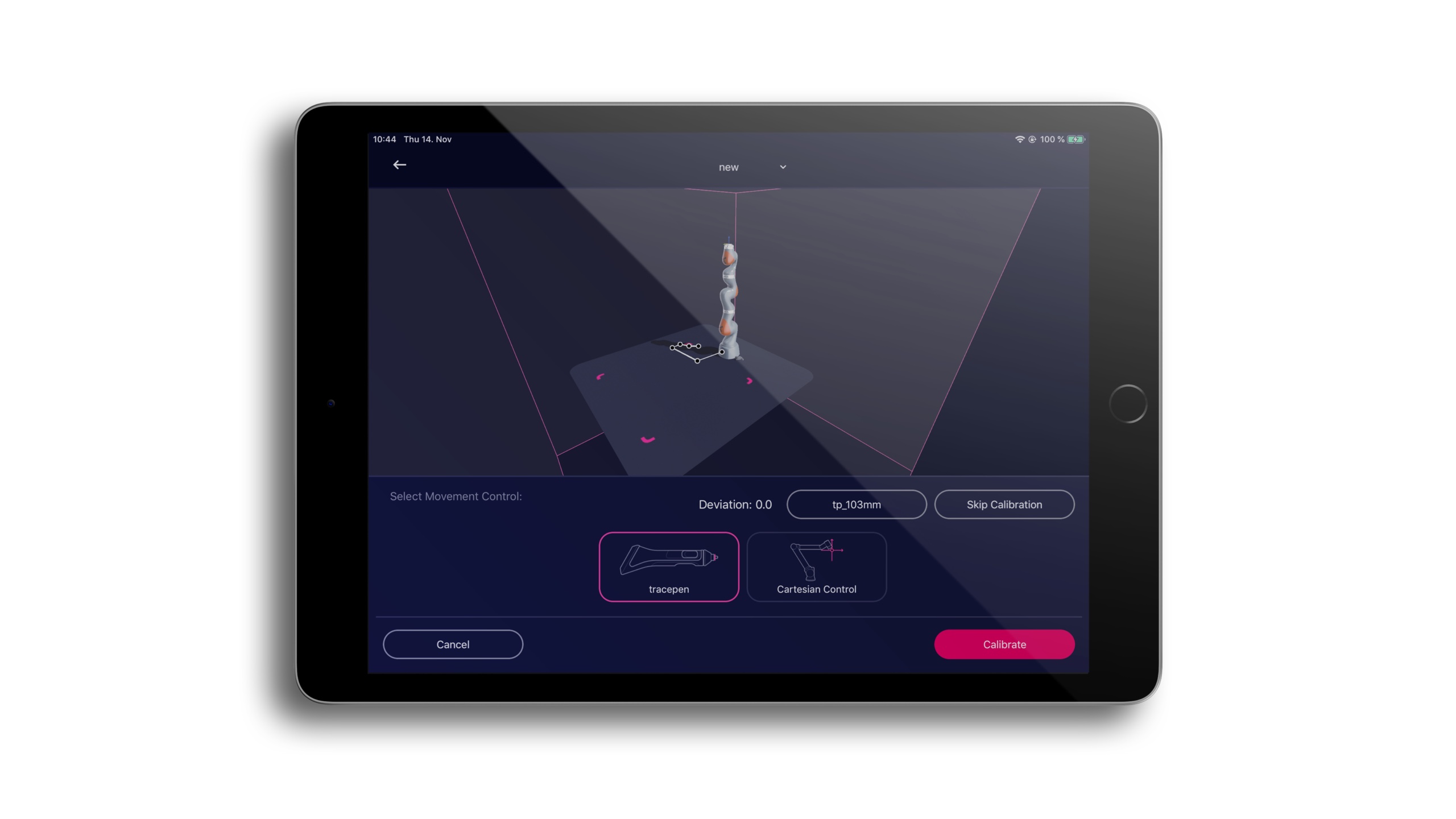 TracePen can record trajectories for any number of keyframes, with defined velocity, blending radius, and motion profiles. Conditional, loop, and branch jump commands can be to create repetitive or logical robot motion program using TracePen. It supports several commercial robots like UR 3-10, Denso, Fanuc, KUKA, ABB IRC-5. They are also for enhanced features like camera integration, force control teaching, user vibration feedback, and teach support for other applications like grinding, screwing, and painting.

Wandelbots started out in 2018 after being a finalist in the 2017 TechCrunch Disrupt Battlefield Competition in 2017 and raised a $6.8 M Series A venture funding round in 2018. The lead investors for the round were Paua Ventures and EQT Ventures. They started out with SmartJacket, a sensor-laced wearable jacket for teaching robots through human body motion and then transitioned to developing better gesture control solutions for robot teaching, like the TracePen, meant for industrial users.

Owing to its promising technology that attempts to solve all cumbersome code programming and any logical GUI based programming solutions, the company has raised a significant amount of $30 million in Series B funding round right now at a time when the world is fighting a pandemic. This funding round is led by 83North venture capital along with Next47 and Microsoft’s venture arm M12.

Some of Wandelbots customers include automotive giants like Volkswagen, BMW, and Infineon. The company is preparing to launch TracePen to the public this year. With the introduction of this tool in the market, Wandelbots attempts to bridge the gap in robot commissioning and robot use in the industries across all sizes and fields of applications. 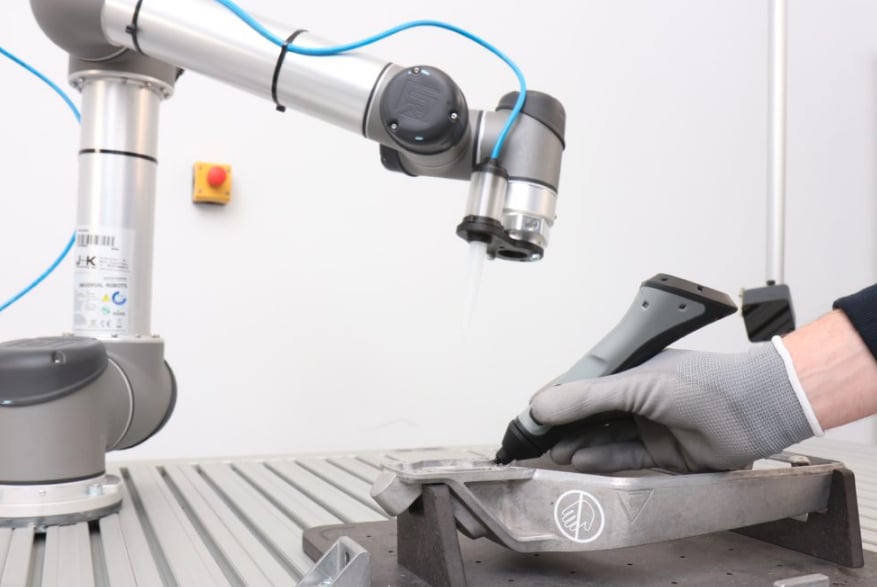 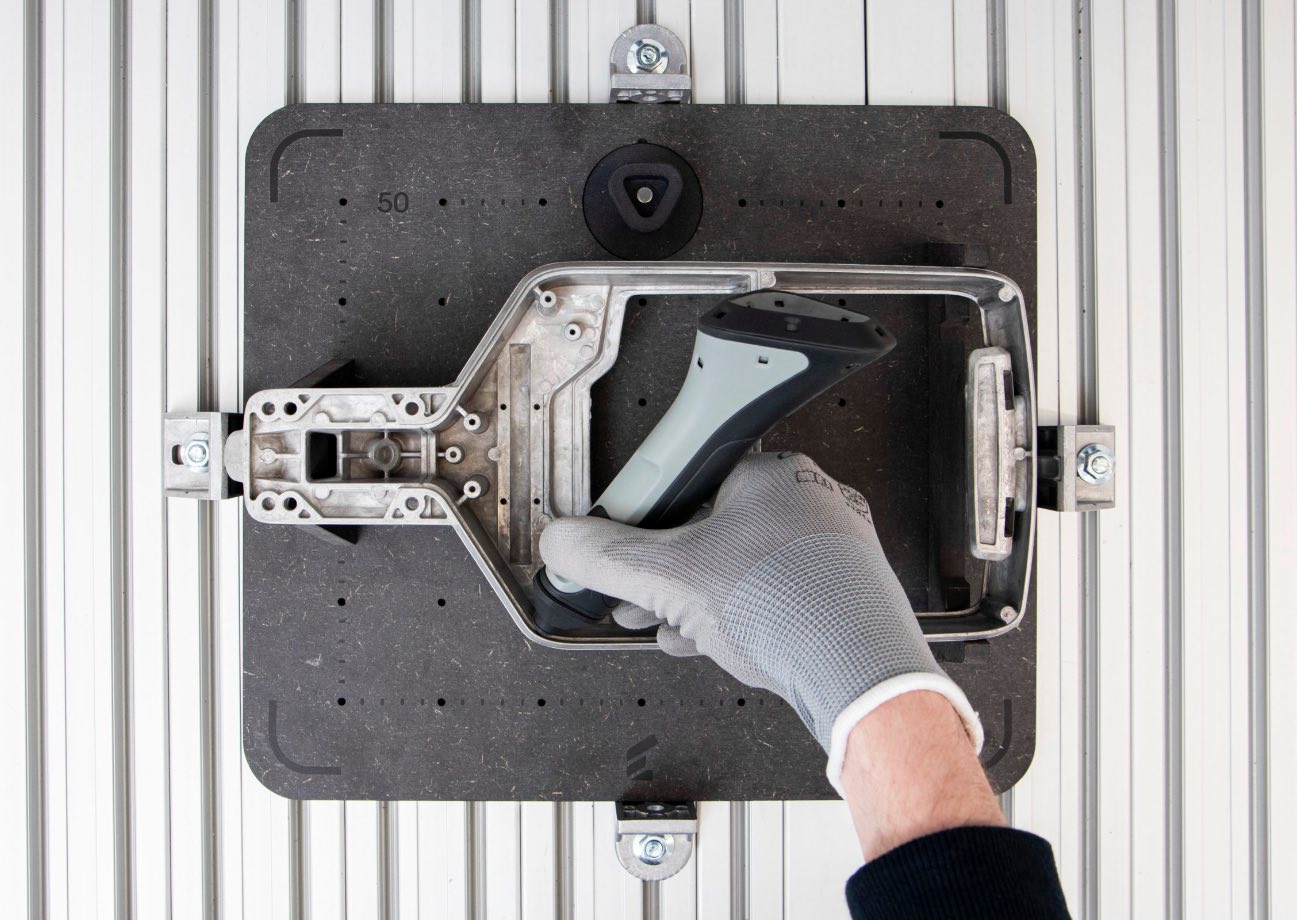 Images of the TradePen being used in industrial applications. Images courtesy of Wandelbots.

Wandelbots believes the TracePen solution along with its visualization platform allows companies to avoid the large software development costs for their particular robot or application. The ease of training introduced by the product means more flexibility, low setup time, reduced personnel costs, and most of all, the ability to repurpose robots for new tasks very quickly. With COVID-19 pushing automation demands, Wandelbots believes it is a great opportunity to introduce efficient and optimized solutions that enabled plant repurposing, volume upscaling, and have a quick ROI.