KUKA’s nano ARC robots could benefit applications where a continuous path must be followed by the robotic arm, such as when welding edges, applying sealant or epoxies, or cutting operations.

The KR CYBERTECH nano ARC series robots are the newest members of the nano series. The nano series was developed to serve various applications from palletizing, assembly, bonding, cutting, and materials handling. Their agility allows them to be mounted in several positions and precisely handle payloads as delicate as small electronic components, yet rugged enough to cut the flashing from castings.

Available in hollow wrist and inline models, they can be adapted to many readily-available grippers, materials working, and inspection tools.

There are nine major models of KR CYBERTECH nano ARC robots available at this time, capable of handling 6 kg, 8 kg, or 10 kg of payload. Five models feature a hollow wrist design, reaching as far away as approximately 1.8 meters (6 kg models), 1.6 meters (8 kg models), or 1.4 meters (10 kg models). Depending on the model, they can be mounted on the floor, ceiling, or at an angle, and their shapes allow for multiple robots to work together in compact work cells with little chance of collision.

All nine models are grounded to prevent damage from electrostatic discharge (ESD), meaning they can be used for handling microelectronics components. The robots are protected to IP65 standards, meaning they are dust-tight and can withstand a water jet at the main axis. The wrist joint itself is protected to IP67 standards, which means it is dust-tight, but it can be immersed in water for up to 3 minutes. 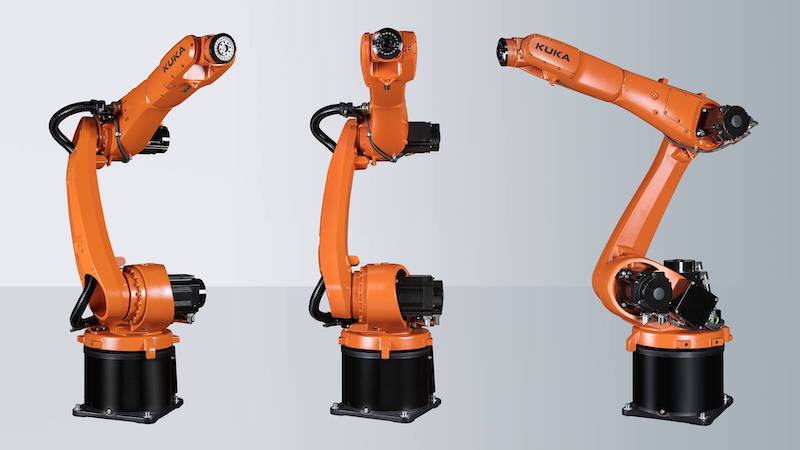 Overall, the dust-tightness and water-tightness mean it can be used in areas where machining and finishing generate dust (such as from sanding operations) or water spray (such as from water jet cutting).

What the nano ARC Bring to the Series

The KR CYBERTECH nano ARC robots are unique in their repeatability along a continuous path. Even at high speed, they will not vary more than 0.04 mm, meaning precise cuts can be made during machining operations, or thin beads of sealant can be applied in a straight, continuous line.

Furthermore, they have a large range of motion, including the ability to reach under the robot. This reduces the footprint required for operation, meaning small facilities or cramped assembly lines can benefit from the nano ARC line. 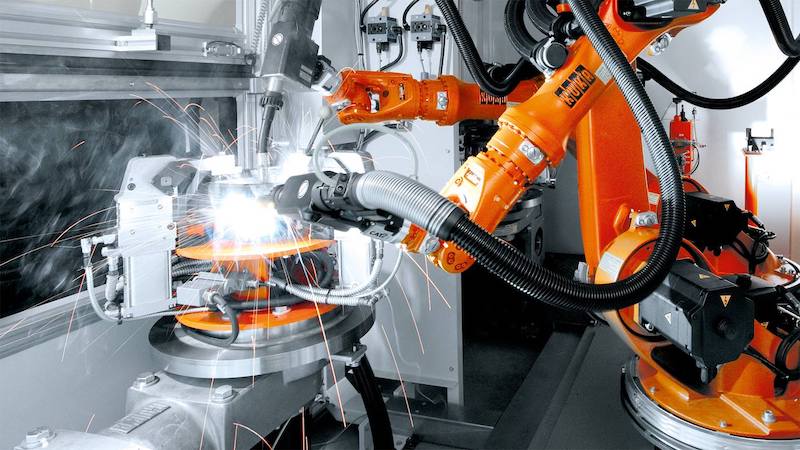 KUKA has also set a new standard for maintenance, with these robots topping out at over 20,000 hours of service before requiring any major maintenance. KUKA contends that competing robots must undergo maintenance at less than 13,000 service hours.

The KUKA KR CYBERTECH nano ARC robots could find use in numerous manufacturing settings, from applying solder paste to printed circuit boards to applying a sealant to liquid storage tanks, or welding seams in large assemblies. With their agility and ability to hold a tight, continuous motion, they may benefit any compact manufacturing unit.