Why Do Ancient Roman Structures Still Stand? A New Look at an Old Technique

Why Do Ancient Roman Structures Still Stand? A New Look at an Old Technique

Civil engineers may have found the secret to the long-lasting concrete found in ancient Roman architecture. What lessons can be learned and used to benefit the modern industry?

Recently, Linda M. Seymour and others at MIT, Harvard, and laboratories in Italy and Switzerland have discovered an oversight in the thinking behind ancient Roman concrete. This small oversight may be the reason many Roman buildings stand today, yet the concrete structures made during modern times crumble away after a few decades.

While the Roman Empire has come and gone, many of its buildings still stand today. Temples, government buildings, seawalls, aqueducts, and other concrete structures across several climate regions remain. Some are open as tourist attractions and others, such as the Pantheon, are still in use. The Pantheon, it should be noted, is the world’s largest, unreinforced concrete structure and has stood since 128 AD. 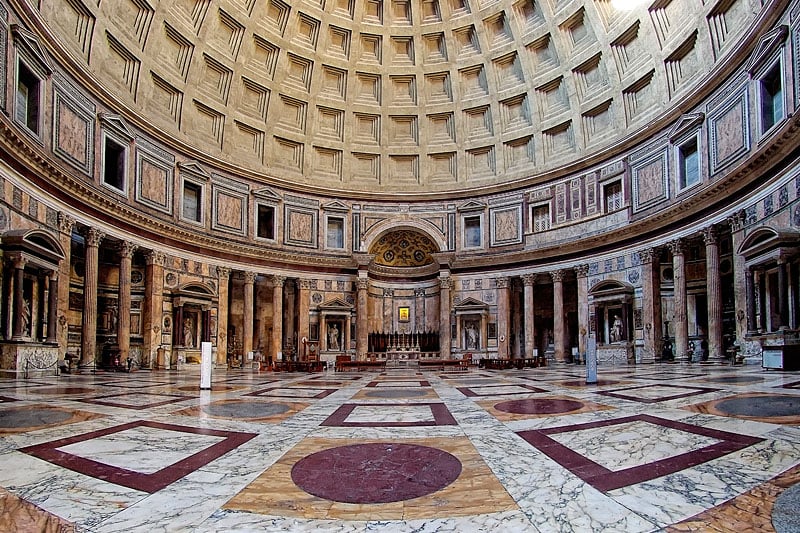 The interior of the Pantheon, still in use today. Image used courtesy of Macrons

So many Roman structures are still in existence today, which begs the question, “Why are these old buildings still standing when many modern concrete structures have failed?”

In order to answer this question, researchers at MIT had to identify what was different between modern concrete and Roman concrete. Then, they had to determine how those differences lead to longer-lasting concrete.

When MIT researchers first started examining Roman concrete, they found that it consists of volcanic tuff and coarse aggregates cemented together with a mix of lime and pozzolanic materials, like volcanic ash.

From writings by Pliny and Vitruvius, it was clear the Romans had very specific instructions for sourcing materials for construction. However, their concrete and mortar had large patches of lime, called lime casts, spread throughout. These lime casts were thought to be due to poor mixing of the materials. That didn’t make sense to Dr. Admir Masic, professor of civil and environmental engineering at MIT, and the principal investigator of this project. He asked, “Why would they put so little effort into ensuring the production of a well-mixed final product?” 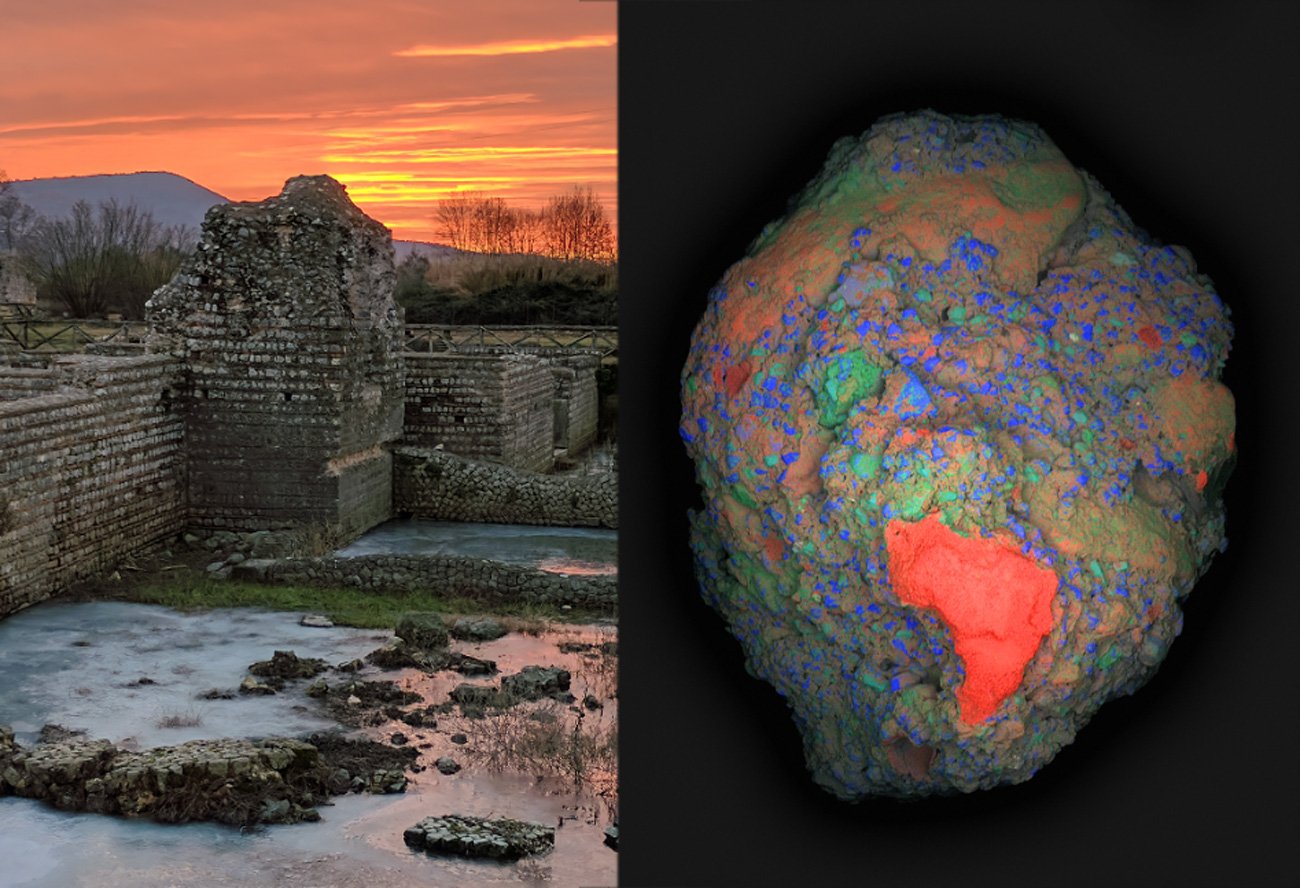 The researchers were able to use several different chemical analysis techniques to evaluate the Roman concrete, including X-ray Diffraction (XRD) and Scanning Electron Microscopy with Electron Dispersive Spectroscopy (SEM-EDS). This gave the chemical composition of the concrete and started solving some of the mystery, as the results showed that the Romans used quicklime instead of slaked lime. They showed that the lime casts were largely calcium carbonate that formed at high temperatures from the exothermic reaction during mixing.

Calcium carbonate is weaker and more brittle than the surrounding materials and so it selectively cracks. However, these cracks react with water, creating a calcium rich solution that redeposits in the crack, healing it. Ultimately, this makes for a “self-healing” concrete. 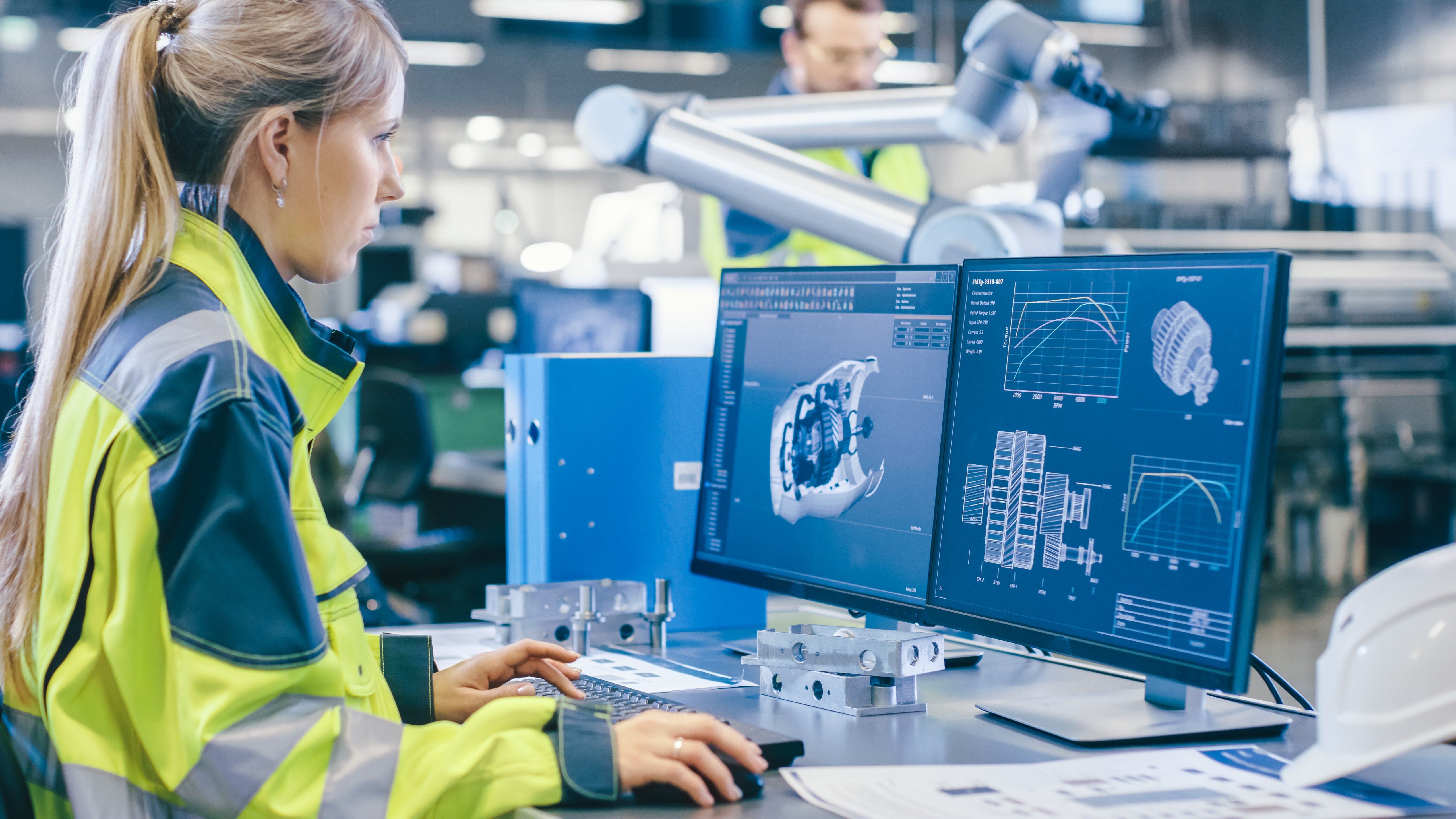 Novel techniques may already be existing manufacturing techniques that can be rediscovered and quantized. Image used courtesy of Gorodenkoff

The first lesson learned is to not assume that a manufacturing method is inferior just because it is old. All manufacturing processes should be carefully examined, weighing the pros and cons in an objective manner. Change should only be implemented if there is a compelling economic, technical, or safety-related reason to do so. The same goes for the workforce, where an existing, skilled workforce may provide some real advantages of having to train new folks, even if the new workforce appears to be cheaper.

The second lesson learned is that new, novel techniques may already be existing manufacturing techniques that can be rediscovered and quantized. The Romans did not have modern chemical analysis to determine the proper chemical composition to optimize the mechanical properties of their buildings. However, in modern times, these tools are available and ready for full materials characterization. The team at MIT is currently studying how this concrete can be used to extend the life of structures, thus reducing the greenhouse gas emissions created during concrete manufacturing.

Finally, it is worth learning about things outside of a selected field of study. It took some civil engineers with an interest in ancient history to determine this secret composition that will benefit future buildings. What other secrets lie out there, waiting to be rediscovered? Will a surface chemist find a link between Renaissance oil paintings and a nonstick coating for cookware? Will a mechanical engineer who is also a hobbyist musician find new ways to dampen vibration based on the distortion pedal? Because the human mind is an integrating device, constantly looking for connections between past knowledge, objects, people and ideas, the larger the pool of information, the easier and more readily these connections are made.