In today’s’ world, a lot of connections are going wireless. But that signal has to start somewhere, and it’s likely to start on a wire. That wire has to connect to other hardware, like antennas, transducers, and computers to name just a few.

While it might not seem like an important part of that signal path, the connector plays a critical role. Choosing the right connector, and perhaps most importantly the connection method can mean the difference between reliability and failure.

Connectors are available in several types - screw-on, screw terminal, crimp, or solder - the last two being the most common for the majority of signals. Crimp type connectors offer significant convenience.

They can often be assembled in minutes with the right tools, providing a quality connection. That time savings can be significant, leading to savings in hours and cost on a project. 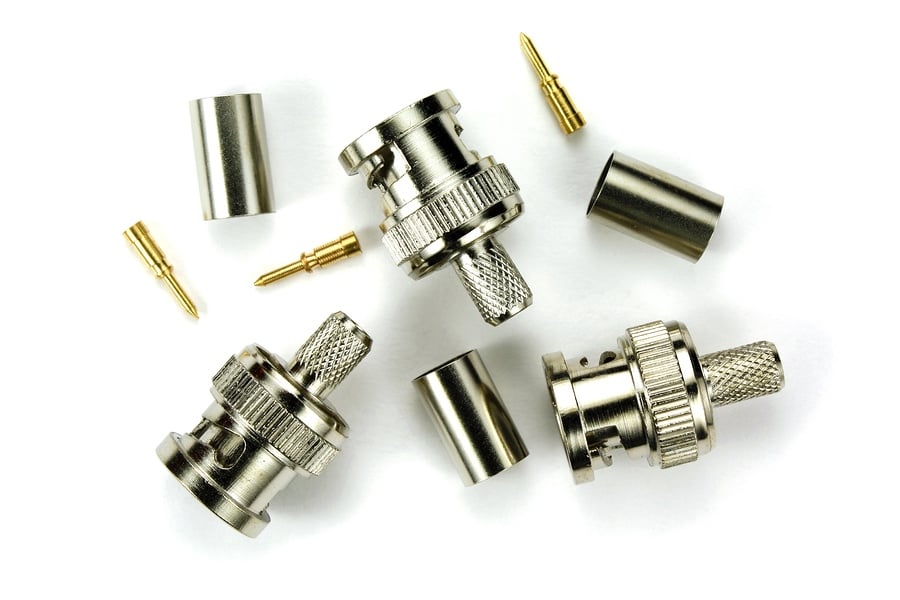 The problem with crimped connectors is that there is a great deal of room for error. There is often great temptation to use any tool that appears to work. Sometimes even pliers get used if you find yourself in a pinch.

The problem is that the wrong tool can damage the connector or improperly crimp the part to the wire, leading to premature failure. I have had numerous connectors simply never work, or just pull apart after I assembled them with the wrong tools.

The tool shown above is an Amphenol tool made to crimp the pins for D-Sub connectors (computer RS-232 DB25, VGA DB9, and similar). If you have ever tried to solder one of these connectors, get ready to ruin a couple in the process. With the proper tool, the crimped version of this connector can be assembled in minutes (and pins even easily swapped if necessary).

This is particularly useful when needing to run such cabling in cable tray or conduit, or between rooms, without the connector attached, then terminate the cable with the appropriate connector. I used many of these to remotely locate HMI screens and keyboards in a control room (the HMI electronics were located in a nearby equipment room) and they served without failure for 20+ years.

Why  Consider Soldering a Connector Instead of Using a Crimp Style Connector?

Consider this event that occurred at a power generating plant. A control system utilizing a coaxial cable as a data ‘highway’, similar to modern-day ethernet connected equipment, had crimped N-type coaxial connectors on the coax ‘highway’.

After a number of years,  the connector became loose and pulled apart when disturbed one day, shutting the plant down in an uncontrolled fashion. While damage to the plant was minimal, it could easily have been significant. Use of a soldered connector in this situation would have prevented the failure.

Note that the copper braid will be crimped between the connector body and the ferrule. Initially, this will be an excellent connection. Over time, since the connection is not airtight, oxidation and possibly rusting could occur, leading to a poor connection.

If any vibration or movement of the connector occurs, mechanical failure could also occur within the crimp. A properly soldered connection essentially bonds the two metals in an airtight connection significantly decreasing the possibility of failure.

What Drives the Decision to Crimp or Solder a Connector?

First, consider the environment. If fairly well climate controlled, and with little or no chance of frequent movement, crimp connectors can be quite effective provided they are assembled with the proper tools. In more harsh environments, soldered connectors should be used to provide more reliable connections.

Other considerations should include power (current or RF) and frequency. Higher power connections will be subjected to more stress from heating due to higher inherent resistance of crimped connections and thus more prone to early failure. Higher frequency signals, whether RF or not, are significantly affected by any increased resistance which could occur with crimped connectors, so soldered connections are recommended.

Ultimately, soldered connections are better suited for the majority of applications. Crimped connections can be very reliable, as well as time and cost savers.

Hopefully, using these guidelines will ensure you install connectors which will provide years of reliability while helping you complete that project on time and under budget.