The CTRL F3 series reviews field studies and failures in the field focused on control fails, fixes, and facts. This article covers an explosion at an industrial sawmill.

As an Industrial Electrician and Automation Engineer, I spend the majority of my time dealing with the result of circuit failures in systems that run heavy loads.

Some days, it’s a breeze to get a call on the radio for a kicked-out motor. Head out, push a reset button, get the system running again—everyone is happy. Other times, it’s a long process of troubleshooting and finding the broken component that caused the failure.

Control Failure: Explosion Outside of the Factory

Imagine my surprise to hear a massive explosion outside the shop and half the facility suddenly go dark!

Not how I thought this day was going to go…

At this point, it is very easy to get excited and go running outside to see what happened. Don’t let the adrenaline get to you or simply follow a huge group running toward an event like this. The most important thing for the electrician to do is to follow the standard operating procedures (SOPs) of safety.

In my facility, we wear hardhats, safety glasses, and ear protection at all times. Just because the power is out and nothing is running does not permit me to abandon the personal protective equipment (PPE) that keeps me safe.

With my basic PPE, I went out to investigate the problem and talk to anyone who might have witnessed the failure. Get this information from operators as early as possible to help direct your investigation! Here is the information I received:

I looked up and down the street and saw that all the power was still on for the rest of the block. Only our 10,000A main breaker was tripped. Knowing what this likely meant, I immediately returned to my shop for “the Suit.”

The Suit is what we call an arc flash suit. It is composed of insulated gloves, over which you wear traditional work gloves, overalls rated at 20 calories per square centimeter (cal/cm2) of power dissipation, along with a jacket and a hardhat/hood/visor combo all of the same rating. The suit is cumbersome, hot, and heavy, but it will keep you safe. 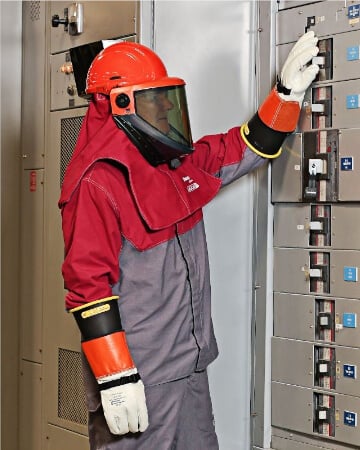 Having put on the suit, I walked into the main breaker house, which held the cabinet-sized breakers for each facility load center. In an attempt to isolate what piece of equipment blew the breaker, I shut off all the downstream breakers and began by turning the mains on with no load.

If there was a failure big enough to blow a 10,000A breaker at 480 VAC (volts alternating current), I did not want to push it more than I needed to. For perspective, that’s over 8.25 million watts of power with three-phase energy!

With no small amount of sweat and stress, I began to throw breakers. Each one came on with a loud BANG that scared the blazes out of me inside that suit as I waited for the one that could create a large arc flash.

I flipped on every breaker. The facility was powered up again. The operators tested their machines, and everything ran as it should. Nothing was tripped. Now how could that be?

I walked over to the power company personnel that had arrived to inspect their lines. They informed me that a capacitor bank had exploded on the 7.2 kV line and would require rebuilding. At this point, I started piecing together what happened. 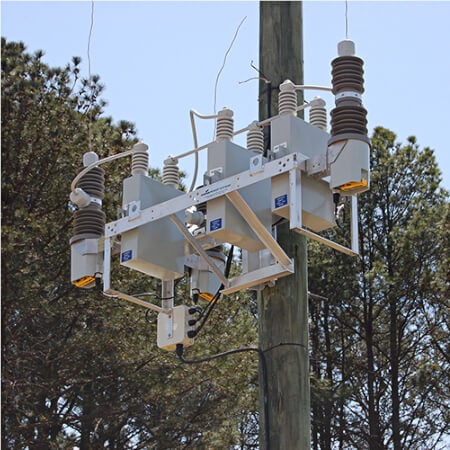 The initial event was the tripping of the main breaker. We found a problem with one of the biggest motors in the mill that was causing the main breaker to trip, though it took several months to hunt down the random failure.

Power factor degradation results from large amounts of inductance being placed on the power grid without enough added capacitance to balance the system. Below is an example of a resistive and inductive load being balanced by two different capacitor examples. In the industrial facility where I work, we utilize the delta capacitors on the left example.

For a technical explanation about the calculations behind power factor correction, consider reading this following section on All About Circuits - Power Factor!

When a load system is balanced perfectly with its inductive load canceled out by the capacitive load, everything runs as normal. In a perfect world, there would be no visible anomalies. But what happens when a fully engaged capacitor bank suddenly loses the inductive load it was balancing?

If we have a circuit with a huge inductive load, we require a huge capacitive load to balance it out. The capacitors and inductors work together within the system, regulating each other's changes. If we suddenly flip a breaker and remove the entire inductive side of the balance, the circuit will naturally swing the other way just like a seesaw. The capacitors attempt to hold the voltage steady at the expense of the current. It is likely to assume the current skyrocketed in order to steady the voltage and this caused the capacitor bank to explode!