Where Can I Go to Learn Industrial Robot Programing?

Where Can I Go to Learn Industrial Robot Programing?

With technology becoming more connected and smarter, understanding robotic programming is becoming even more of a valuable skill. Are you keeping up?

The current skills gap and the number of baby boomers preparing to retire has sparked some concern in the manufacturing industry. How can manufacturing advance with technology if companies can't find workers with the right skills? Fortunately, multiple companies are ahead of the curve and finding ways to turn everyone into robotic experts.

Most technicians and engineers understand the mechanics and electronic needs of a robot. The main problem is that not everyone is familiar with the programming skills required for a robot. Additionally, different robotics use different programming languages. Most new technology seems to require some programming knowledge.

Where Do You Start?

One of the most well-known programs that people are familiar with is Hello World - a simple program that displays the text, "Hello World." The lesson continues typically by changing the fonts, size, color, and message. From here, things can get very complicated. Companies and institutions such as Google and MIT might have changed the game when they started working on a new graphic language to inspire kids to start coding. 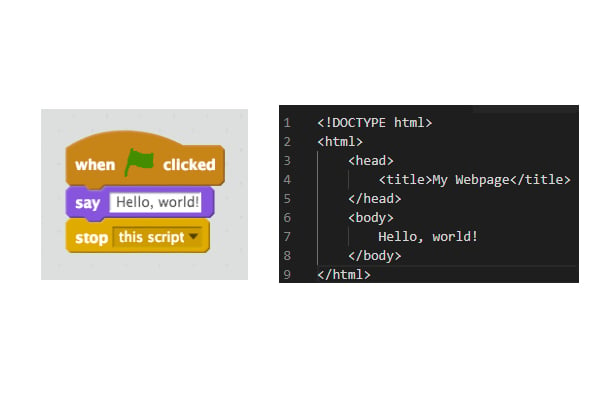 One of the first programs people learn in two languages. On the left is MIT’s Scratch and the right is HTML. Images courtesy of Massachusetts Institute of Technology (MIT).

They offer a free lecture from Harvard explaining how to use Scratch. Additionally, they offer a list of YouTube videos offered from Harvard on introduction to computer science.

Often called block programming, this language is an integrated development environment that puts executable actions into modular graphic blocks. They are like preprogrammed Legos that snap together to build custom programs without any prior coding language knowledge. While this is a simple example, it is easy to drag and drop these blocks compared to typing line after line of code.

Google Blockly, MIT Scratch, and other block programming languages have quickly moved from teaching kids to code, to a serious industrial language. While ladder logic is most mechanical engineers' introduction to programming, it is limited. This new graphic language is not designed to replace ladder logic, but it will help mechanical engineers, technicians, and others with no programming experience expand into complex tasks such as robotics. 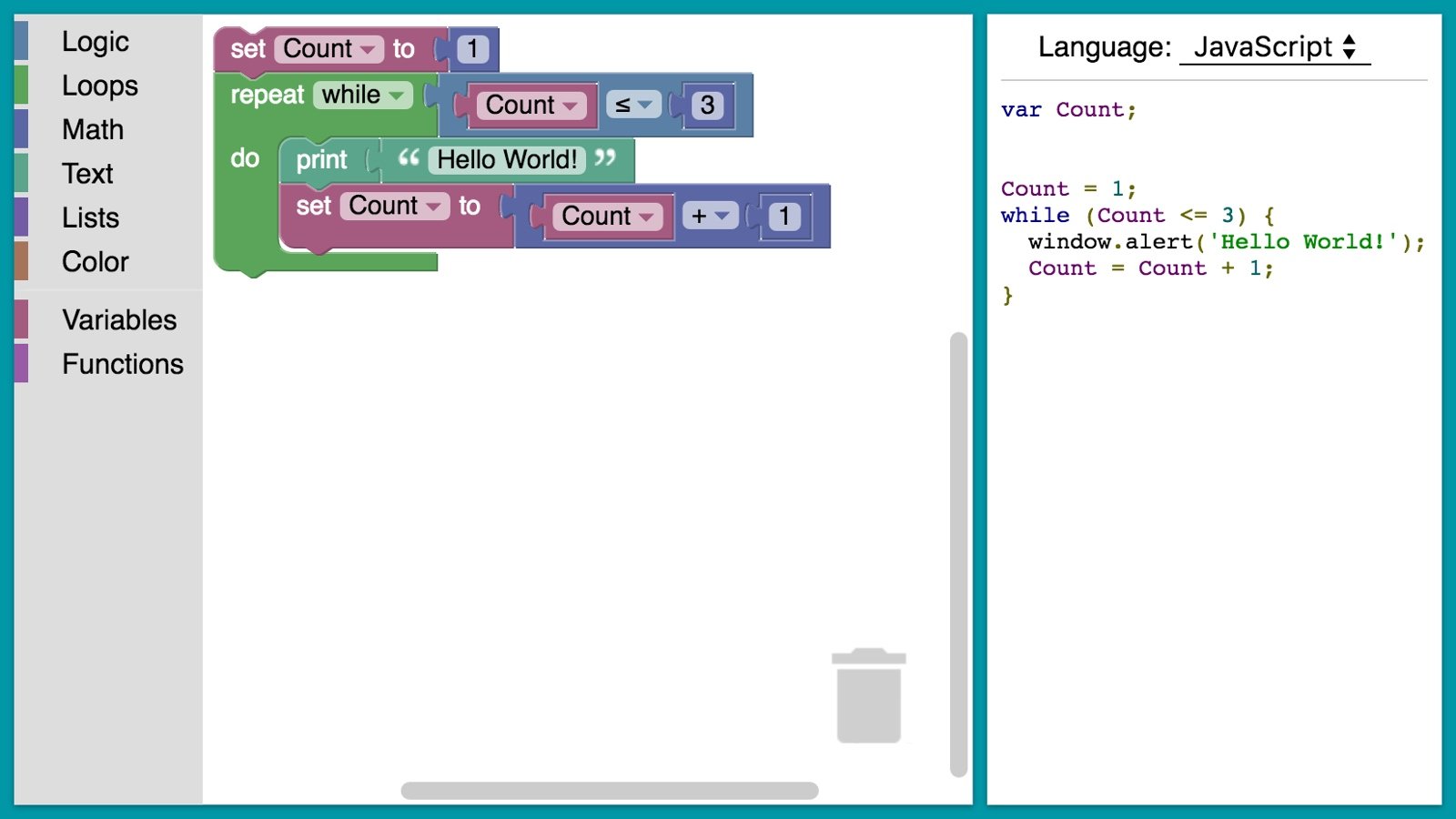 Another way to program robots is by manually moving the arm where it needs to be and using a teach pendant to lock in locations. For example, a technician can physically move a robotic arm over an area where a part is, or will be, save that location and even log an action such as close grippers.

Successfully grabbing the part, the technician can move the robotic arm to a second location, save and add an open gripper command. This simple pick and place example could have taken a trained engineer hours to complete with text-based language programming.

Combine this physical method of programming with the power of block programming, and virtually anyone will be able to integrate, program, and control advanced systems and robotics. How can you add value to yourself, your company, and lead others to champion this new technology? Listed below are several programming resources that may help you.

YouTube, Coursera, MIT, Harvard, or Udemy also offer classes. However, I say EdX.org because I'm biased. I started my programming journey through HarvardX CS50W classes offered on EdX and thought it was great. However, this is more for actual programming knowledge. UR Academy and ABB offer a more direct route to getting your robots up and running.

Free online classes that show you how to do just about anything with a Universal Robot (UR). These collaborative robots dominate the market, and now anyone can learn how to install, program, and use the company's family of products for free.

Developing its block programming language and offering collaborative robots with manual programming, ABB brings some great things to its already extensive range of products. While I haven't seen anything as developed as UR Academy, there are many free webinars, tutorials, and YouTube videos to walk anyone through this technology.

A screenshot of a pre-recorded webinar from ABB Robotics, explaining how to use the Wizard programming tools. Image courtesy of ABB.

This is just the start. Newer robotics companies are already using industrial robotics with this new technology to build versatile, flexible, user-friendly robot cells. An excellent example of this is Ready Robotics. Using any robot, a user could imagine - Yaskawa, Fanuc, UR, ABB, KUKA, etc. Ready Robotics connects them to block programming so anyone can become an automation expert.

The industry moves too fast to have any one person or piece of equipment do a single job. Using technology such as robotics and block programming languages is one way to upskill or reskill workers quickly. Flexible technology that most technicians can install, program, and operate is one way to stay on the cutting edge and amplify a company's abilities.