Introduction to Servers for Industrial Applications

Introduction to Servers for Industrial Applications

Servers are vital to the flow of information in and around organizations, acting as a hub for information transfer and storage. Learn about the role of servers in industry and the potential challenges that come with maintaining them.

If you are the consumer of information, you may not pay much attention to servers, networks, and the like. When you need data, it can be retrieved, and perhaps you don’t spend much time thinking about it. However, that data typically lives on a server and plays an integral role to all data acquisition, storage and access, and is the central part to any fully-integrated automation system. 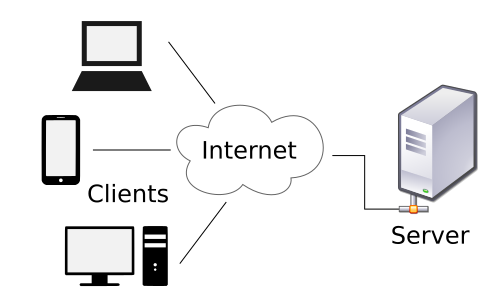 What is a Server?

The server acts as a hub for information transfer and storage. It is a warehouse for information, as well as a guardhouse that ensures only authorized people and equipment can get to this information.

In the client-server model, a server is accessed by multiple clients who generate or use information. In this model, the clients make a call to the server for specific information and the server decides whether they have the correct credentials, and if they do, sends the data. The server has built-in criteria for which clients have privileges to write and read data to the server.

Database servers are perhaps the most common type of servers, but there are also print servers, file servers, web servers, mail servers, and others that have a specific function like assigning network addresses (like a BootP server). In all cases, they manage the data and its access.

Servers are most useful when there are multiple consumers of data. If data is generated and used only on that machine, there is not a strong need for a server. If data is instead generated at multiple points or must be accessed from multiple points, a server is a much cleaner way to handle this data.

Physically, a server can take on a lot of different forms. Depending on the size and processing requirements for a particular application, a server can be a simple computer that has been converted to server status, or it can be a room full of rack-mounted equipment, with special cooling requirements.

What is the Difference Between a Local and a Remote Server?

Many organizations choose not to house their own servers, but instead host the data remotely. A remote server is where data is stored off-site, either in a company-owned facility or through the interface of another organization. Remote server services can be contracted out so that the company does not have to worry about cybersecurity or the physical maintenance and requirements of keeping the server(s) in-house.

One specific form of remote servers are “cloud servers” that are accessed over the internet. Cloud servers have the advantage of being accessible from any computer or device that has internet access. Typically, a webpage interface is provided, which has a login and password system to prevent unauthorized access.

Cloud-based systems provide much easier access to plant engineers who may need to glance at machine performance on a lunch break. They can log in via their smartphone and view an equipment dashboard, change operating parameters, and so on. The cloud-based systems are a little more susceptible to cybersecurity excursions, so finding a reputable cloud server company is vital to the safe deployment of such a system. 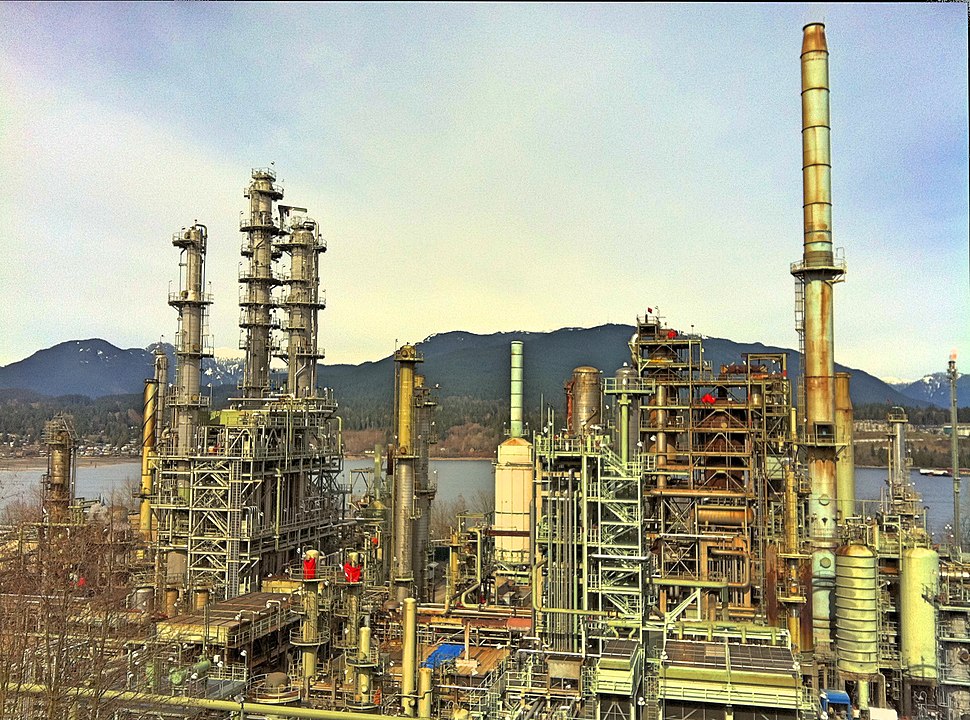 Figure 2. A refinery may have tens of thousands of sensors. How difficult would it be to detect the pressure drop increase across a single filter, meaning the filter needs to be changed? With a server storing the data for easier processing, it is much simpler. Image used courtesy of Kyle Pearce

How are Servers Used in Manufacturing and Automation?

Servers save time and labor in the industrial environment. Data is available in a centralized location instead of needing to be manually collected across the plant. For example, consider the multiple flow meters, temperature sensors, pressure sensors, level controls, and other instrumentation at a refinery. Before the days of servers, plant technicians would have to wander around the refinery periodically and write down all of the vital information and then plant engineers would manually analyze this data. Problems in the system were much harder to detect and took longer to notice, based on the hand collection and processing of data. Status signals of lesser importance may not be collected at all, making troubleshooting more complicated.

Servers for Data Storage and AI

With a server, data is collected and stored automatically, at a much faster rate than an army of wandering plant technicians could hope to collect. Certain “red flags” can be identified rapidly, and artificial intelligence routines can detect patterns so that appropriate actions can be performed much more quickly.

Servers also speed up deployment of software updates and manage software licenses. Instead of having to manually update the software on every single computer and device in an organization, dealing with mismatches in versions during the transition, new updates can be “rolled out” to all equipment at once. 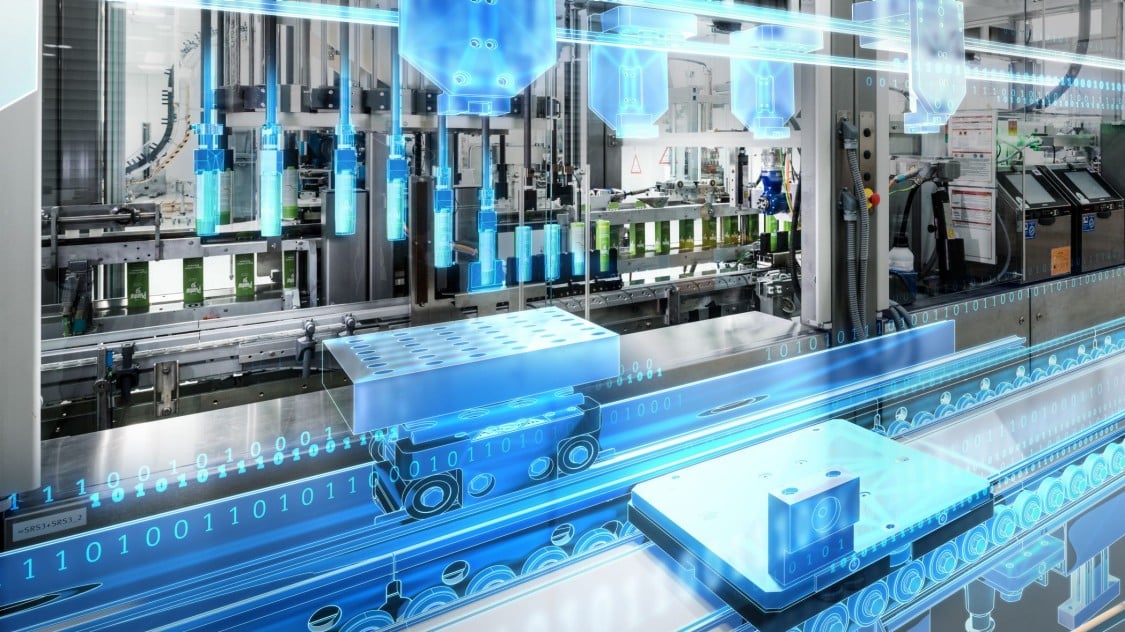 What Can Go Wrong? Server Maintenance

Perhaps the biggest challenges with maintaining a server are connectivity losses and cybersecurity excursions.

The Challenge of Network Downtime

Connectivity losses occur when the client asks for data and none is received. This can happen for any number of reasons, ranging from a loss of internet connection to the server requiring a reboot. On the client’s end, they may never know the true reason the server “went down”.

To keep the client-server relationship as reliable as possible, the server must have minimal downtime. This means it must run on a very stable operating system that does not have memory leaks or require frequent updates. Furthermore, these servers are often paired with a battery backup in case of a momentary power outage to prevent the server from rebooting. When a reboot is required, the reboot is scheduled during low-usage times by the engineers maintaining the server.

Besides connectivity losses, a growing threat to server function is cybersecurity excursions. Because servers house all of the important data that a company requires, they are a common target for hackers. Some of these attacks are simply a nuisance, with only a little mischief as the primary goal. Other attacks are for industrial espionage or sabotage, where information is stolen or damaged to benefit a third party. This could mean stealing intellectual property or altering data so that a product is produced out-of-specifications.

Finally, the most common attack is for the purposes of ransom. Ransomware is when the attacker locks all of the data and demands a ransom for its return. Typically, this involves paying a large sum of money in cryptocurrency to gain access to the data. Sometimes, paying the ransom is the best way to get access again, yet there is no guarantee that access will be returned. Furthermore, until the access point has been repaired, another ransomware attack can occur through the same channel.

Servers are vital to the flow of information in and around an organization. Whether your company decides to keep this information in-house or contract it out to another company, the servers must be reliable and secure, or else they will be a bigger hindrance to production than a help.