An example of relation control appears here, where a temperature controller for a steam superheater on a boiler receives its setpoint from the biased output of a temperature transmitter sensing the temperature of saturated steam (that is, steam exactly at the boiling point of water) in the steam drum: 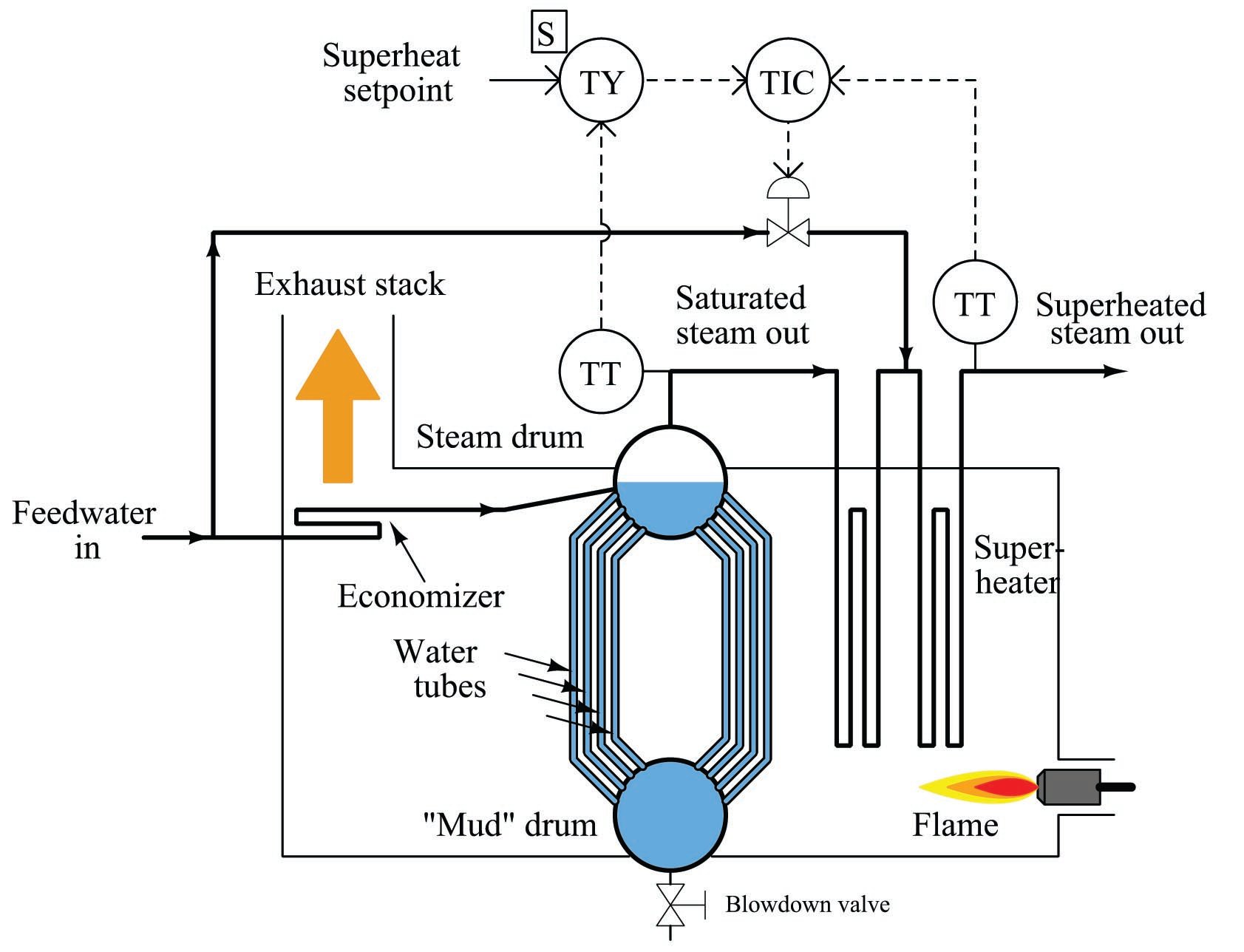 It is a basic principle of thermodynamics that the vapor emitted at the surface of a boiling liquid will be at the same temperature as that liquid. Furthermore, any heat lost from that vapor will cause at least some of that vapor to condense back into liquid. In order to ensure the vapor is “dry” (i.e. it may lose substantial heat energy without condensing), the vapor must be heated beyond the liquid’s boiling point at some later stage in the process.

A ratio control system would not be appropriate here, since what we desire in this process is a controlled offset (rather than a controlled ratio) between two steam temperatures. The control strategy looks very much like a ratio control, except for the substitution of a summing function instead of a multiplying function.