The ProductivityOpen controllers and modules are open-source and provide designers with an alternative platform for creating industrial systems.

PLCs play a critical role in industrial processes but most are based on closed-source hardware and software.

Since their conception, microcontrollers have played a critical role in everyday electronics being used to control everything from microwaves to smart devices. The microcontroller alone is not enough to create products. It is the inclusion of peripherals such as sensors, displays, and switches that helps to expands their capabilities.

For a long time, developing applications to be used on microcontrollers was a difficult task for a number of reasons.

The first issue would relate to which platform was chosen, as different microcontrollers all had their own advantages and disadvantages. The second problem came when moving to a different platform. Engineers would have to relearn the features of the microcontroller and its specifics such as control registers, configuration bits, and I/O requirements.

This all started to change with the introduction of the Arduino. The initial goal of the Arduino platform was to provide a user-friendly microcontroller prototyping platform which would include common libraries for sensors and peripherals.

Engineers have been integrating Arduino's into more professional spaces in the last several years.

The Arduino platform removes the need for a programmer with the use of a bootloader and this concept exploded the microcontroller industry with other platforms making their own Arduino bootloaders.

While industrial PLCs are powerful and contain many features, they do suffer from some problems.

More times than not, they require specialized programmers that allow them to communicate with a host machine. Secondly, they can be restrictive to which software they run with. The software can also be licensed further increasing the cost of the system. Lastly, PLCs that can connect to sensors may only be able to connect to specific types authorized by the PLC manufacturer. 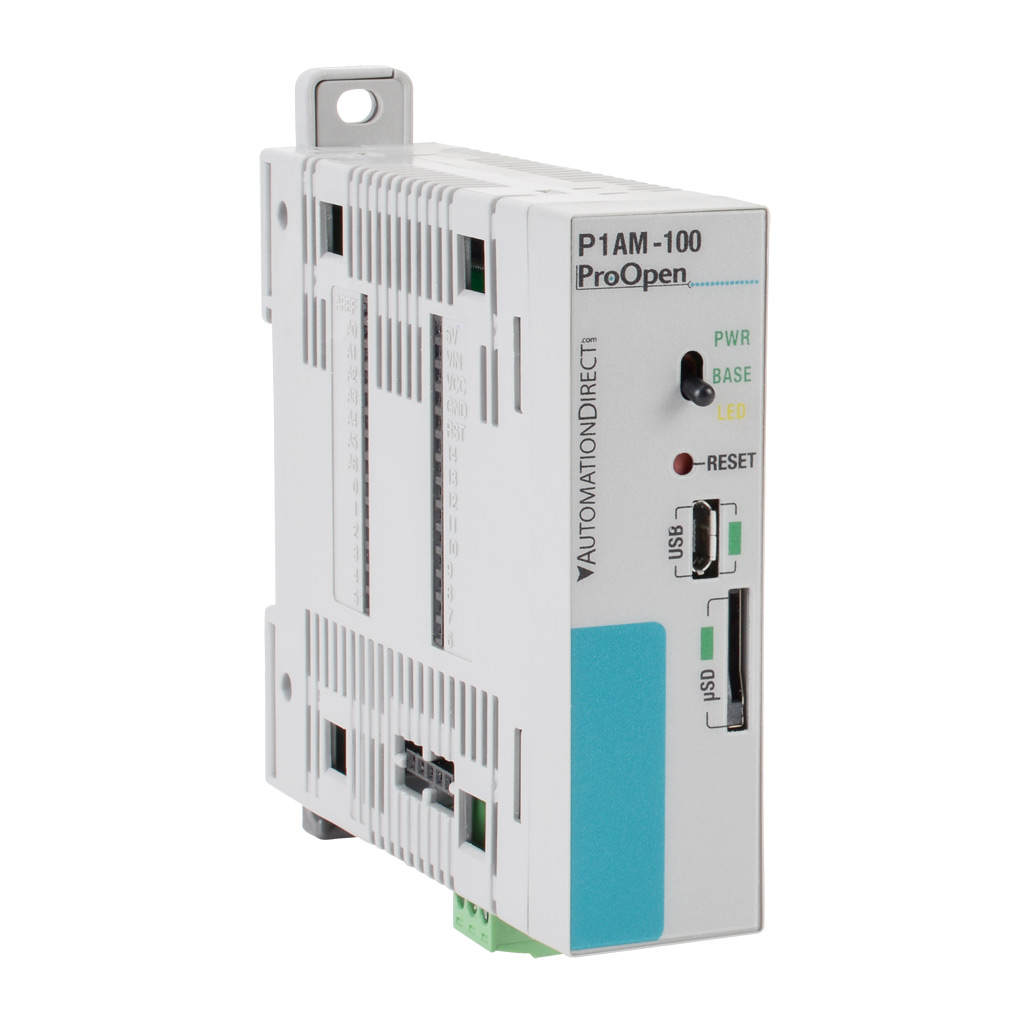 One PLC system that could be the answer to future production systems is the ProductivityOpen platform which consists of controllers and modules based on the Arduino platform. These devices combine the open-source nature of the Arduino platform and combine it with industrial capabilities.

The P1AM-100 is a PLC that mimics the MKRZero microcontroller and is able to recognize the majority of MKR format shields, all industrial hardened productivity shields, and can work with most Arduino sketches found online. Coded in C++, the P1AM-100 allows for designers to design low-cost industrial control systems and use the Arduino platform that trivializes the connection to sensors and peripherals while not needing to consider the silicon that runs the application.

The CPU includes 256KB FLASH, 32KB SRAM, which can be programmed in C++ via the Arduino IDE, can operate in temperatures between 0°C to + 60°C, and CE approvals.

The P1AM-100 is a product of the ProductivityOpen platform which utilizes side connectors to allow easy expansion (like a shield). The modules are placed on a standard DIN rail and can be pushed into each other to form the bus connection. 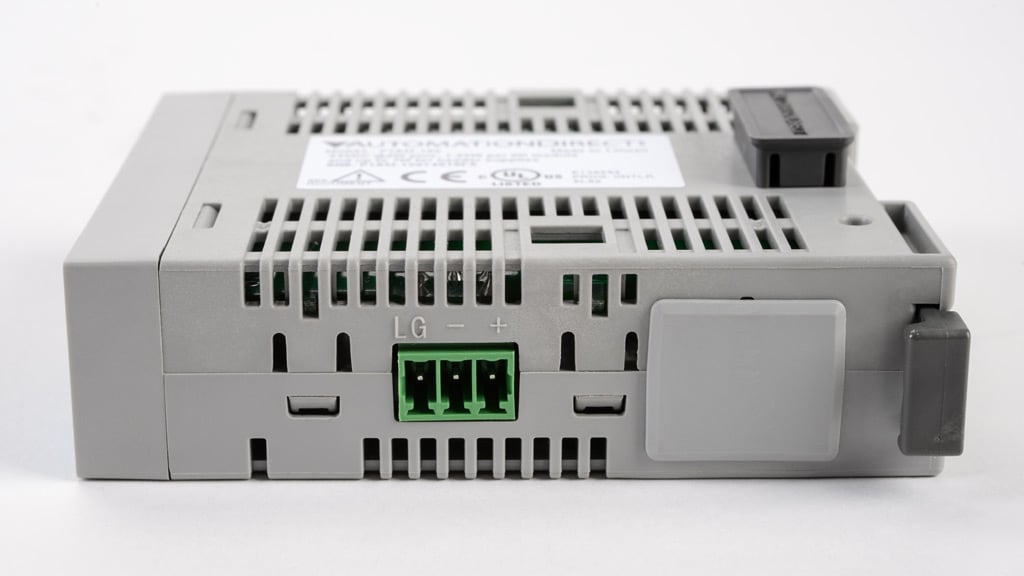 Modules available include the P1AM-100 Arduino CPU, the P1AM-ETH ethernet shield, the P1AM-GPIO GPIO expander, and a proto-shield that allows for custom circuitry.

The ProductivityOpen platform can provide industrial engineers with a platform that is easy to code, is open-source, and has is compatible with most code examples for the Arduino found online.

The lack of licensing means that this is an ideal budget PLC for simple operations and the use of expanders as well as being open-source means that designers can expect continued development of the system by the wider public.

Have you integrated Arduino platforms into your professional systems? Do you see this becoming a trend of the future?