Emerson said the move will expand the company’s portfolio of digitalization and sustainability products for the power industry. The news marks Emerson’s second acquisition in as many months after the company closed a deal with analytics company Verdant in March.

The firm produces hydroelectric turbine control products, offering both legacy solutions and custom-engineered digital conversion packages. American Governor is based near Philadelphia and has about 50 employees.

According to its website, the company has provided training and/or components to over 1,500 power plants worldwide. The majority of American Governer’s customers are based in North America and Canada, but the company has already shipped parts and provided services to 60 countries worldwide.

According to recent data from Eia.gov, hydropower is the second-most utilized form of renewable energy in the US. In 2019, the percentage of all national electricity produced by hydropower sources was 6.6%, only topped by 7.3% for wind energy.

While these figures do not seem too impactful by themselves, it is worth noticing that renewable sources counted for 17.5% of all electricity production in the US and that these numbers have been growing steadily in the past few years. 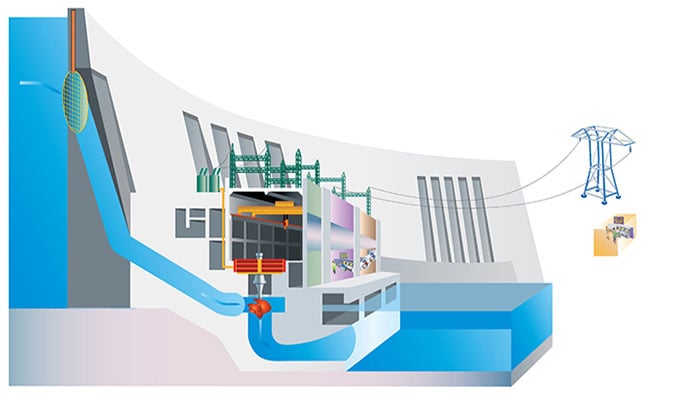 Because of this trend, Emerson’s acquisition of American Governer will undoubtedly help the company tap into a growing customer base of customers interested in hydropower.

Commenting on the news, Bob Yeager, president of Emerson’s power and water solutions business said that as the power industry evolves towards renewable energy, having the right tools to effectively harness it is critical.

“This important addition of a highly-respected hydropower company will enable us to provide comprehensive solutions to our power customers,” Yeager added, “from generating consistent hydropower to providing the industry’s leading control system to safely and efficiently manage power operations.”

Well-established industrial companies are sometimes reluctant to embrace the digital revolution. The work behind a full-scale digital transformation can be intimidating, but several indicators have been showing consistently that the future of the industry is going to be digital.

As pointed out by the international hydropower association, digital technologies have been present in the electric sector since its inception with SCADA.

Today, with exponentially more powerful processors and new technologies such as artificial intelligence, it is time for the hydroelectric sector to evolve further. Smart meters and the smart grid, technologies also utilized for hydroelectric turbine controls, would be at the forefront of this transformation.

Such tools allow engineers to optimize utilities and staffing levels at power plants, while also managing the intricate energy terrain of renewable and conventional sources, trading options, and patterns in demand.

Moreover, the increasing use of digitalization of digital monitoring systems in the hydropower sector is also helping to reduce maintenance costs.

Further benefits of digitalization include advanced control capabilities to improve operations and balance variable renewable technologies, including wind and solar.

What do you think about Emerson’s acquisition of American Governer and do you use hydroelectric turbine control products?