How does Hexagon plan to deliver quality autonomy with their new robotic software?

Hexagon is a global provider of sensors, software, and autonomous solutions. They use data in hopes of boosting quality, efficiency, and productivity across many different industries. They aim to use their technology to create a scalable future from shaping urban and industrial ecosystems. The company has approximately 21,000 employees spread over 50 countries, and their headquarters is in Stockholm, Sweden. 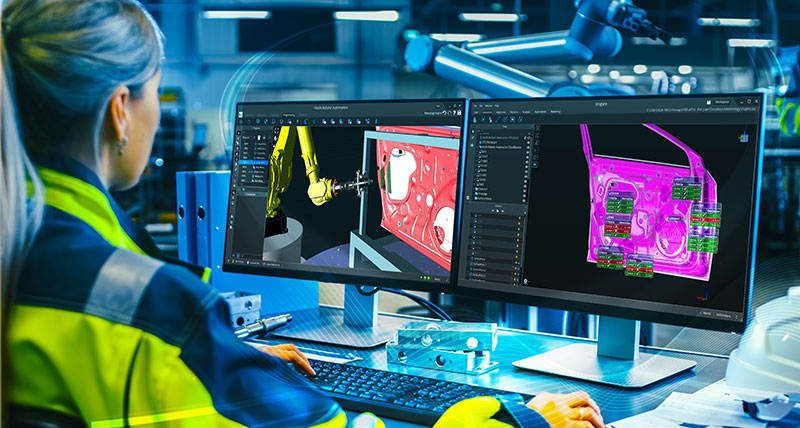 Hexagon hopes the software will offer companies a better solution for implementing Industry 4.0 technologies by devising optimal inspection routines. Normally, inspection routines take metrology, and robotics professional’s a significant amount of time to implement, and reducing this workload may help to relieve bottlenecks.

HxGN Robotic Automation is a new addition to Hexagon that hopes to make integration into Industry 4.0 a smoother process. The system has different tools available that make it useful for companies looking to retrofit existing plants, or to make it an integral part of greenfield projects.

“We have reduced the time required to programme robotic inspection from several days to just four hours using the new software, so we can be ready and waiting to inspect a new vehicle as soon as we want to begin production…” mentioned Martin Jehlička, Chief of Measurement Centre at ŠKODA AUTO.

Robotic integration and Hexagon’s high-speed laser scanning system have already helped to reduce inspection for parts and sub-assemblies by half, according to Hexagon. Installing inspection cells is a fundamental part of Hexagon’s Industry 4.0 strategy. They hope that by making data available and usable, they can create systems that show quality trends or hold the possibility of automating quality issues.

Openness in the Manufacturing Process 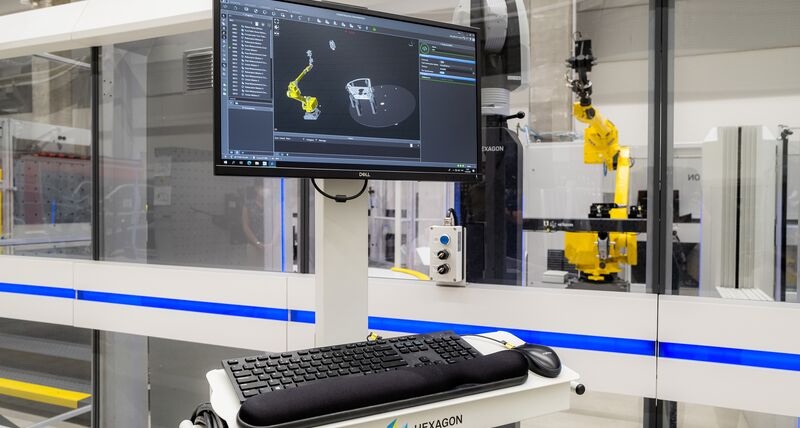 The HxGN Robotic Automation software being used to control a robot performing an inspection task. Image used courtesy of Hexagon

Many robotic systems can be costly, complicated, closed systems that aren’t compatible with that specific manufacturer's tools. This can often make this data unattainable for those who need it.

The company is currently being built with the idea of openness. Openness in manufacturing can potentially help to futureproof current processes of robotic inspection.

This software can interface directly with KUKA and FANUC robots. It also contains built-in postprocessors making it capable of functioning with several different third-party robots. In future versions, the system will be able to use third-party sensors as well.