What is a Telecentric System? 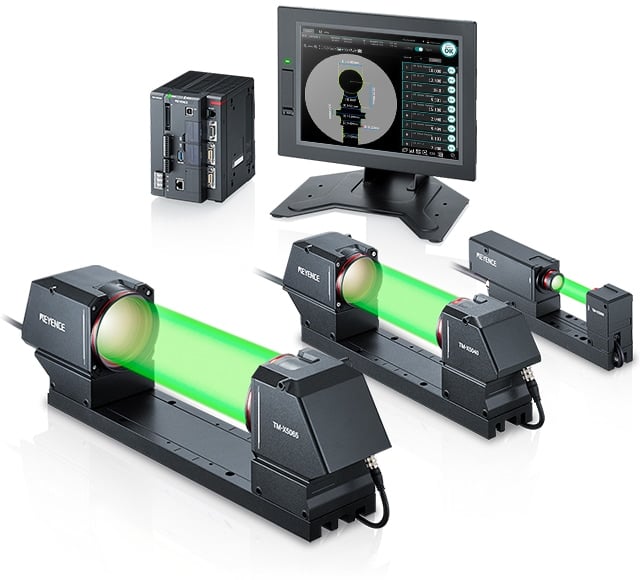 A telecentric measurement system takes advantage of the fact that objects in the collimated beam cast a perfect silhouette onto the camera, and this silhouette preserves its dimensions and shape. A computer connected to the camera can then use the monochrome image to measure the size of the object and outline features.

Recently, Keyence announced the TM-X5000 series, which offers industrial solutions a fast imaging system ideal for detecting defects. The system comprises a green light source and an imaging system with an exposure time of just 0.1ms. The new series has a depth of ±15mm, allowing for a wide range of variation in objects passing through the collimated beam. Silhouette measurements allow accuracy as high as ±0.2um. The system automatically calibrates for alignment (i.e., no need for the operator to worry about miss alignment).

Lens distortion is always a concern in imaging systems, but the TM-X5000 series aims to utilize lenses that feature distortion. As such, they provide a repeatable measurement system. 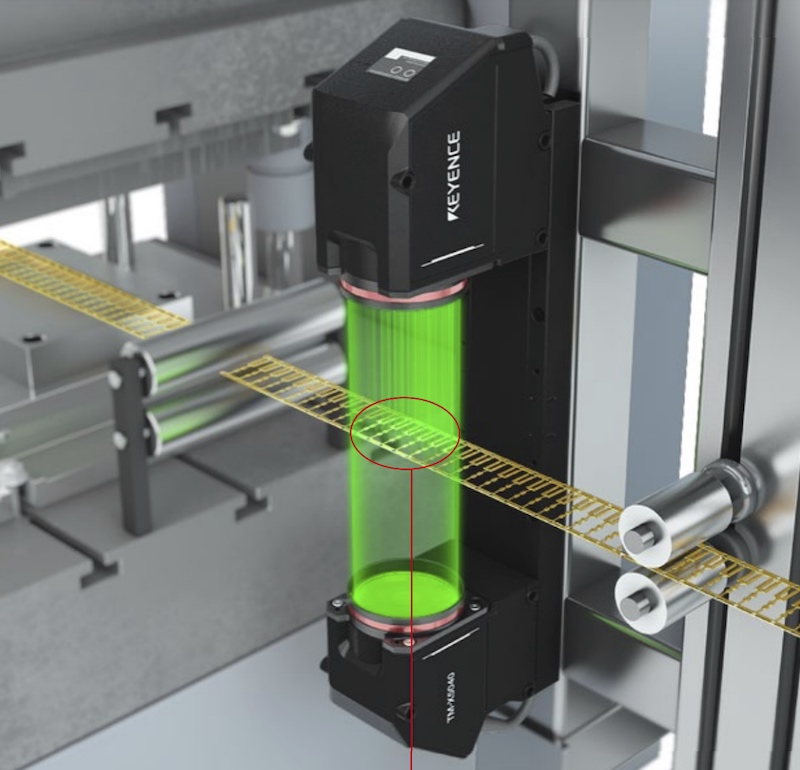 Ambient light and temperature changes have minimal effect on the system, making it rugged in industrial applications. An IP64 enclosure allows the unit to be used in dust and wet areas, while unique protective covers are available for the system for use in areas with greater security concerns.

The TM-X5000 series can be used in conjunction with mirrors to allow for 90-degree viewing. A simple alignment procedure can help operators create any imaging system they require. The compact head design also means the TM-X5000 to be used in compact applications where other systems would traditionally be too large to use.

The TM-X5000 controller provides processing functions for the system and can provide automatic measurement taking, image analysis, and networking capabilities. This system can be connected to a PLC for automation, creating an automated optical inspection station.

The TM-X5000 can be used in almost all industrial processes. Most production systems require optical inspection for dimensional accuracy. While this can be done using lasers or imaging cameras, the TM-X5000 can be integrated into a production line where products move at high-speed.

The use of silhouettes means that the system can ignore object transparency, surface details, or surface finish and only focus on an object's outline. Multiple TM-X5000s can be used in different planes to provide a 3D silhouette of the product under test.

The TM-X5000 can be used for more than production line product inspection. The system can also determine if runout in a drill bit is minimized to ensure repeatability of a robotic head and for detecting small surface abnormalities.