What Is CNC Machining? A Look Into the History of This Technique

What Is CNC Machining? A Look Into the History of This Technique

CNC has played a crucial role in the industry by allowing production processes to be automated as well as provide repeatability. In this article, we will look at how CNC technology has changed over the years and where it is going in the future.

Before computers and other number reading devices existed, integrating repeatability was a difficult task. The main reason for this is that products with intricate steps, such as fine detailing, would be done by hand. Any slight change in strength, hand movement, or tool used would change the final product.

During the industrial revolution, the mechanical world changed and it would not be long before many of these highly skilled craftsmen were replaced with production lines using belts and shafts to transmit power from a single-engine across a whole factory floor.

Each production step was assigned to different stations and instead of one person working on a whole product different people would handle and specialize in each step. However, even in this situation, people would still need to have a minimum skill set to perform the work at their station and understand the tools they used.

The first real steps towards automation came in the form of mechanical cams. Cams are simple shapes that, when rotated, provide a sequential pattern in the form of their height (i.e. how far away the surface of the cam is to the rotation shaft). Patterns can be etched into a cam and these patterns can press on a lever or spring-loaded pin which in turn activates another mechanical stage. If enough cams are used in parallel an automated process can be defined and this is how the vast majority of automation was done before the introduction of computers.

In fact, cams are so useful for mechanical timing that they are still used today in engines and control both spark plugs and exhaust valves. Eventually, designers wanted to be able to reprogram machinery, and changing cams is near impossible due to their permanent nature.

This is when punched cards came into the scene and machines that read punch cards to perform actions could not only be reprogrammed but could be programmed to design different products with little to no changes in the hardware. It was the introduction of cards that showed the world the power of numeric control whereby numbers on the punch card would inform the machine what to do.

The first true CNC dates back to the Parsons Corporation in 1947 when the company was advised that helicopters would shoot up in demand. At the time, the construction method for creating helicopter rotors was complex and labor-intensive with the materials being used being sub-par (i.e. wood). To overcome this situation, Parsons looked at a different approach whereby a rotor blade could be described using a table of co-ordinates generates by an IBM 602A multiplier. 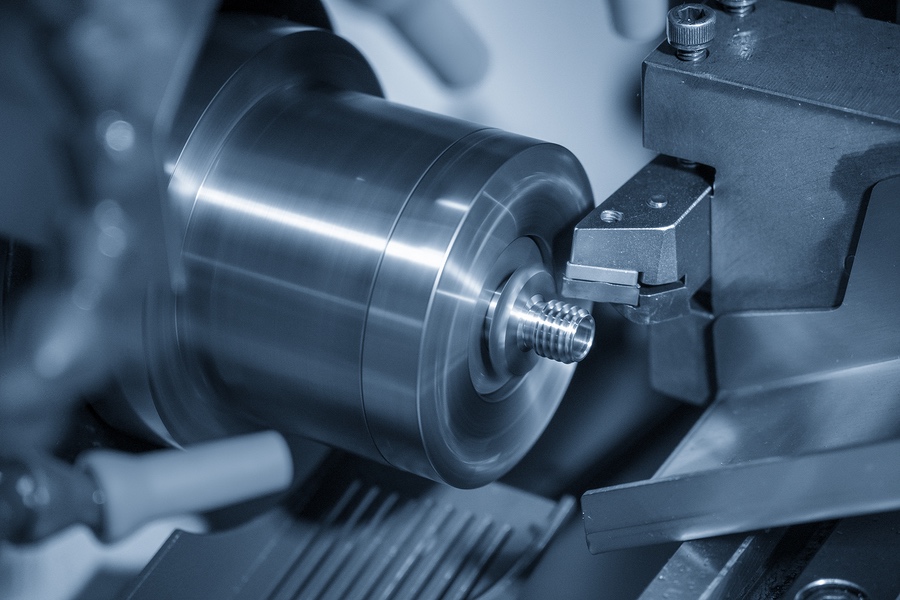 The resultant numbers would be fed into a milling machine with the resultant product not only being repeatable but also being of higher quality than those made from wood. Since the first use of computers to produce co-ordinates it would not be long before computers would be directly connected to mechanical stations whereby numbers are sent to the station for working on materials. From there, CAD would enable engineers to design their products in software, convert the design to a series of numeric steps, and have computers automate the production process.

Despite being a technology that is close to 80 years old, the components that make up a CNC have rarely changed. While the exact nature as to how these components work have changed, their function has not. While CNCs come in a wide variety we will consider the most common type; the 3-axis milling station.

Not all CNCs are fitted with these but generally speaking, those used in mass production will be. 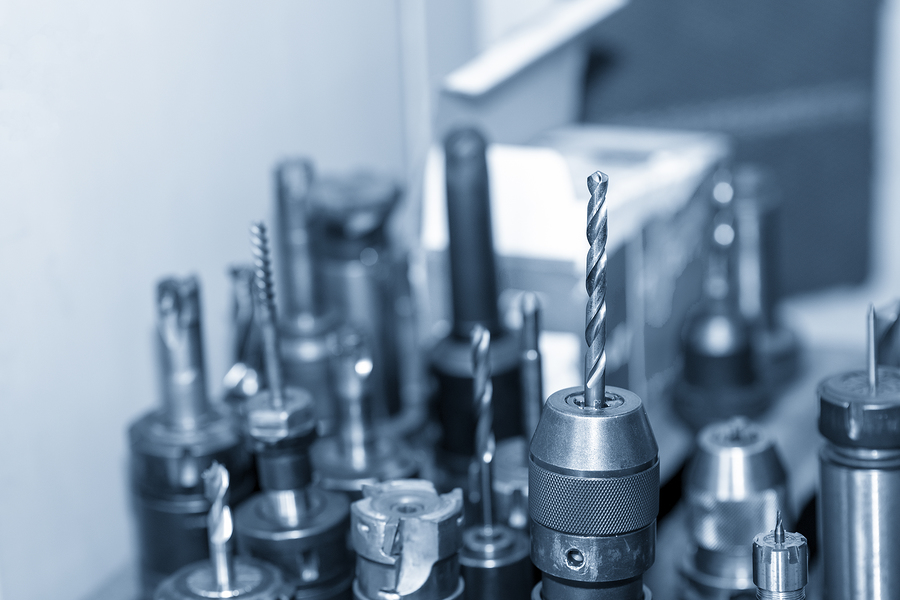 A tool changer is a system that allows a CNC to automatically change the tool use at its head and is highly desirable in production situations that require multiple drill hole sizes, cut-outs, and bevelling.

These motors control the position of the tool that is being used and most will have at least three (one for each axis). These motors can have encoders to report back their absolute positions but most motors will be steppers or servos as precise movement is required (i.e. brushed DC motors are not ideal for this task).

Motor drivers are power circuits that read digital control signals and apply these signals correctly to their connected motors. Most motor drive systems will take a direction and clock signal to indicate which orientation the motor should rotate and by how many degrees and then apply the correct power sequence to the motor to achieve this.

The computer controller is a bridge device that sits between a computer and the motor drivers whose purpose is to allow a computer to communicate with the motor drivers. Most computers have generic ports such as USB and parallel which themselves cannot be used to control motor drivers and therefore require a bridge. Basic bridges will be nothing more than level shifters (if using a parallel port) while others are more advanced and provide the computer with a USB device that interprets numeric commands and converts them to n steps of a motor.

Depending on the technology used CNC software will read a file that describes what the machine needs to do (such as G code) and convert those instructions into discrete numeric steps for the CNC to perform. Some software will generate the motor step signals themselves (if using a parallel port) while others will relay the commands to the bridge (via USB) with the computer itself not generating step/direction control signals.

CNC machines have transformed how products are produced and have allowed for easy repeatability of production. The computer nature of these devices makes it trivial for engineers to design products in software and have those designs directly read into a CNC without needing to create a punched card or enter co-ordinates manually.

The individual components that make up CNCs have rarely changed in function but the introduction of newer technologies is seeing CNCs become more intelligent and capable of doing ever more intricate work.